‘You must always have respect for food: when you eat it, when you talk about it and also when you photograph it’. With this philosophy in mind, in 1977 the Italian photographer and gastronome Riccardo Marcialis founded L’Immaginario, the first Italian photographic agency that specializes in food and drink. In Milan, you will find 600 square meters of photographic studios, a professional kitchen where recipes are tried out and created, an editorial office and an archive, with about 100,000 photographs of dishes that tell the story of more than 40 years of food photography. 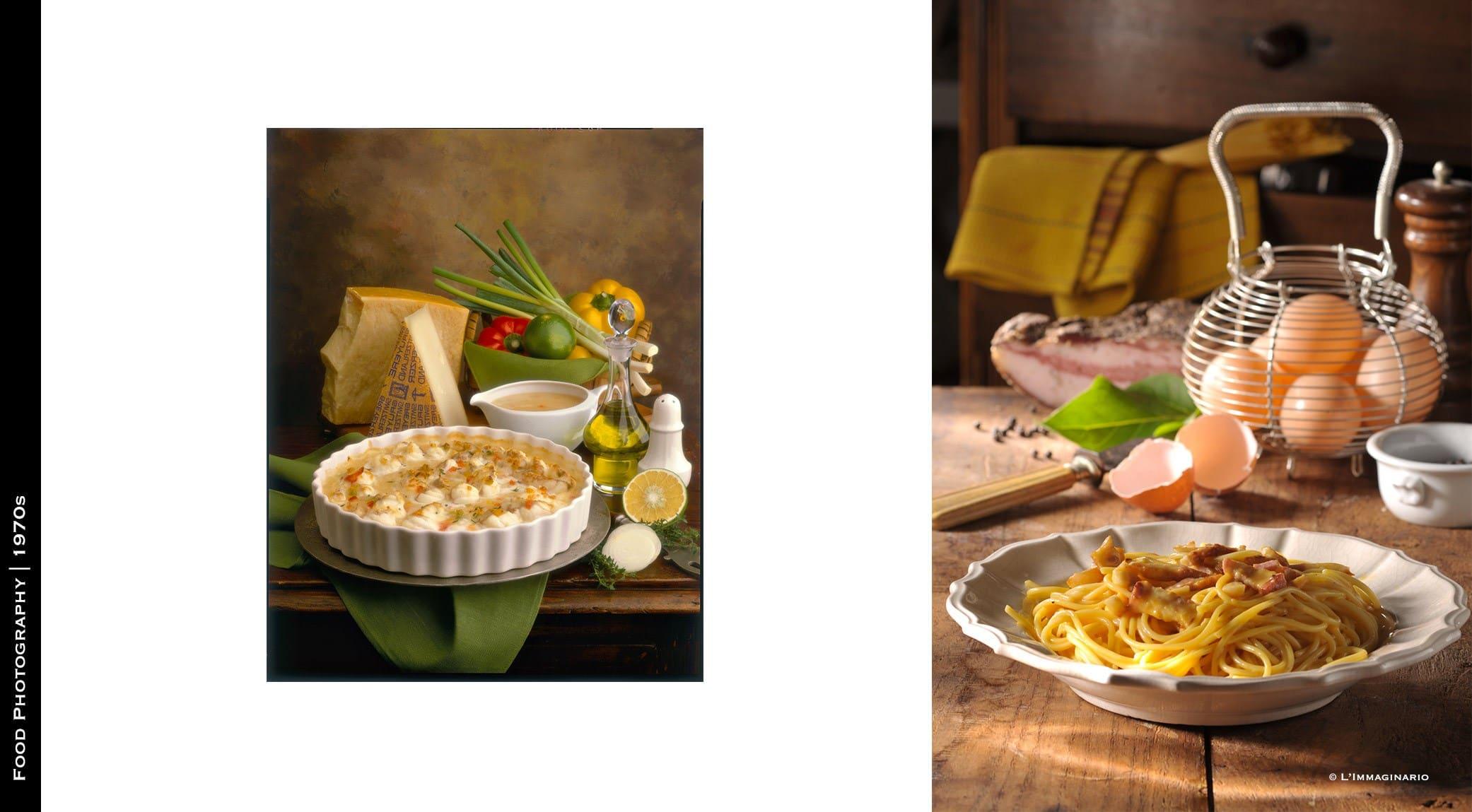 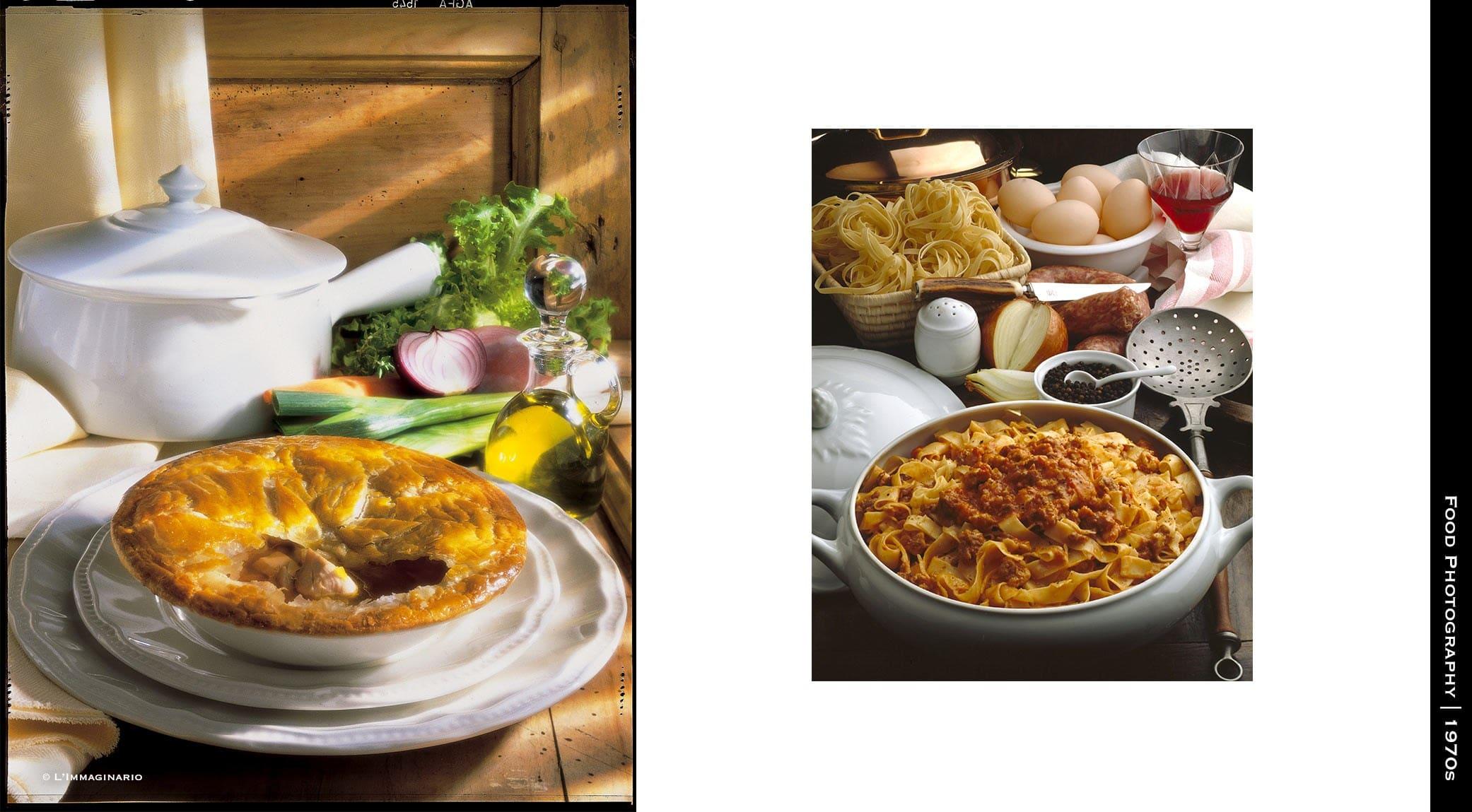 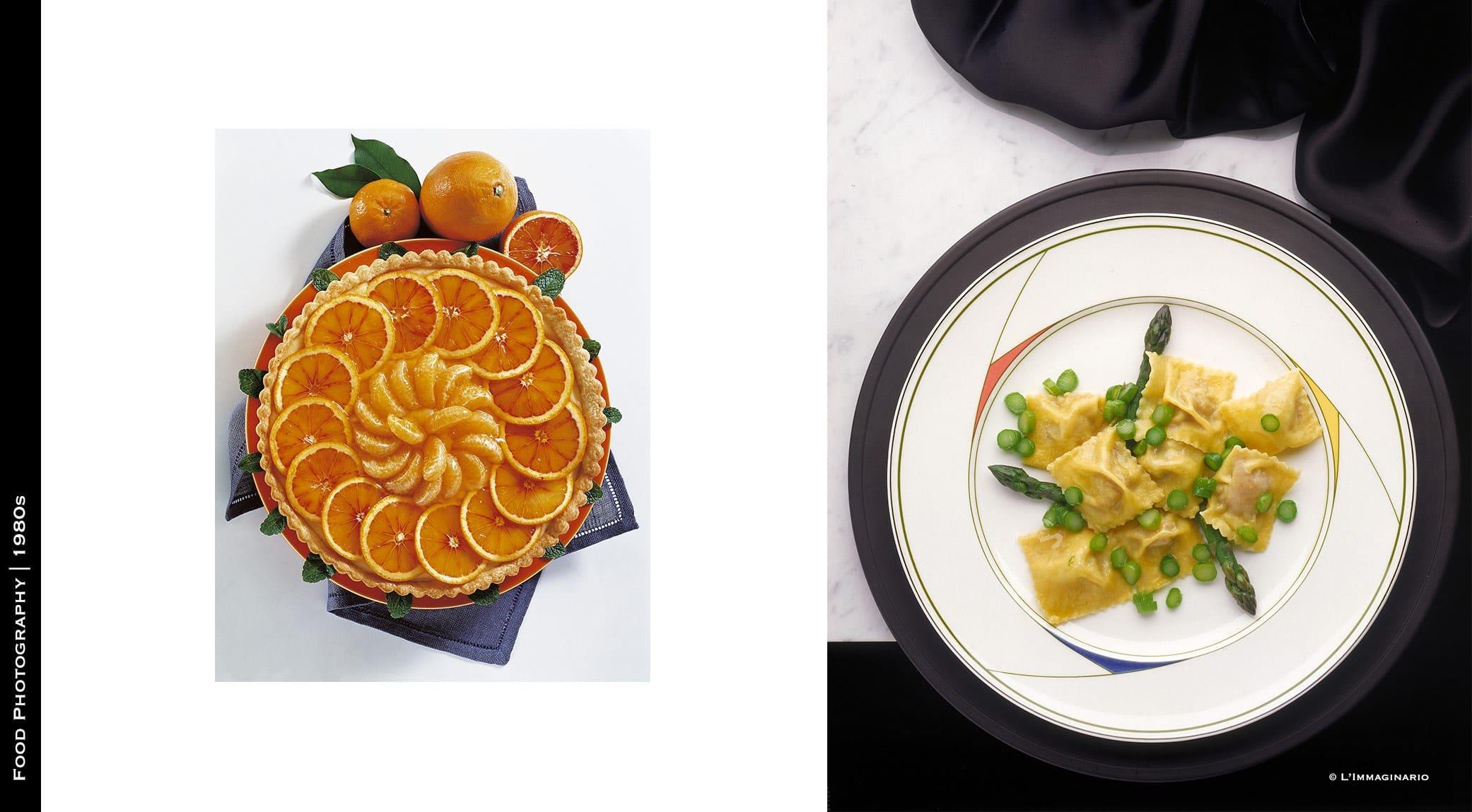 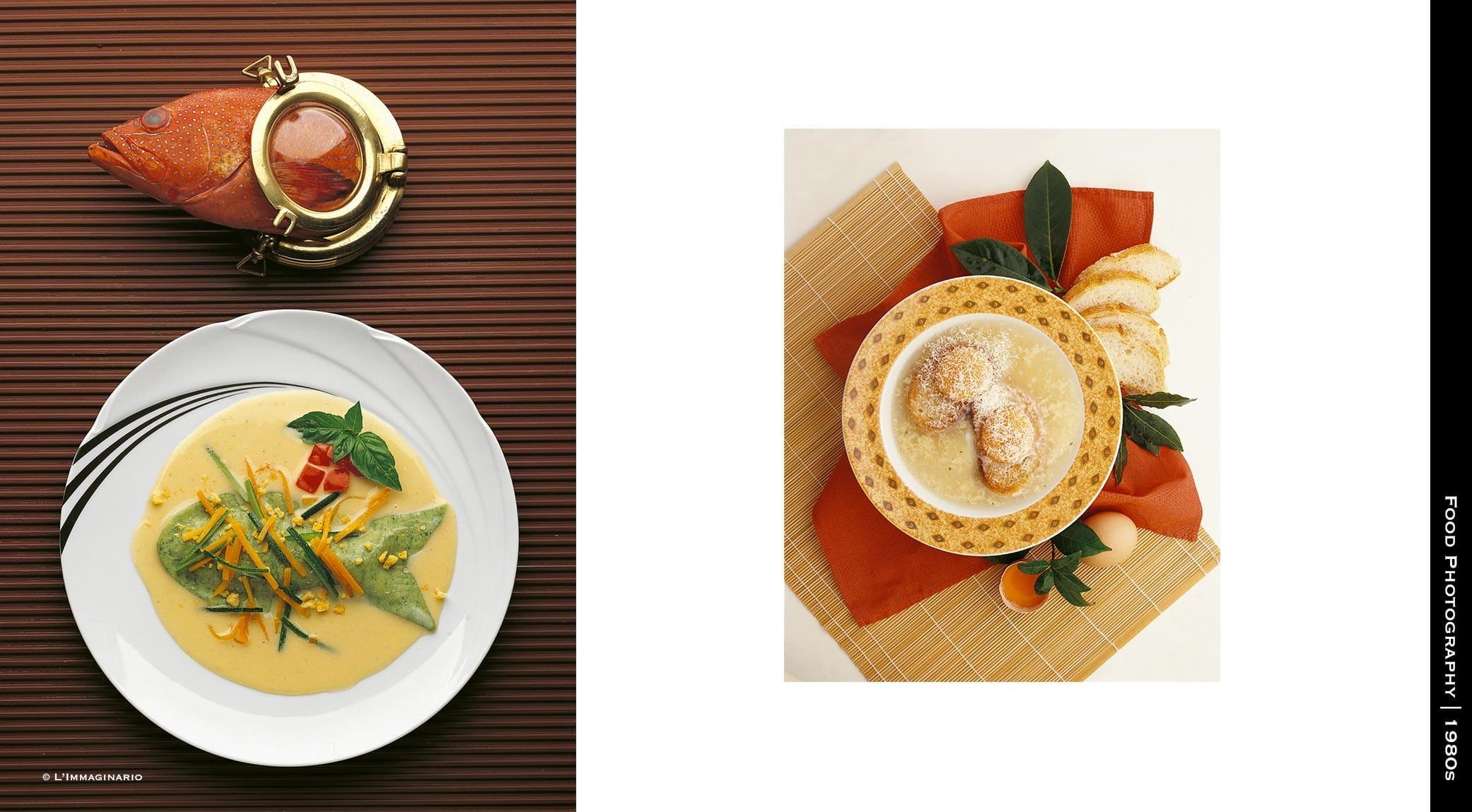 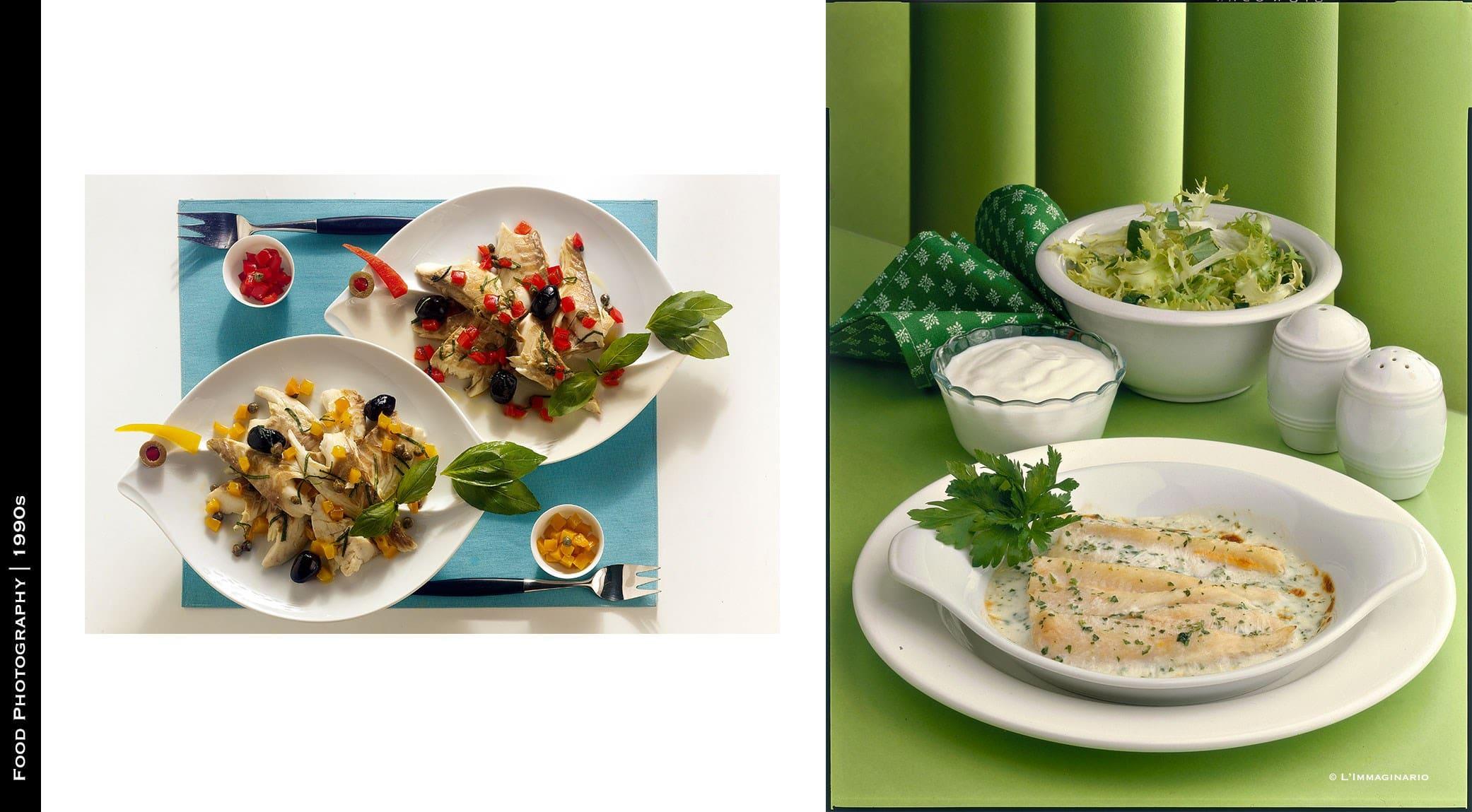 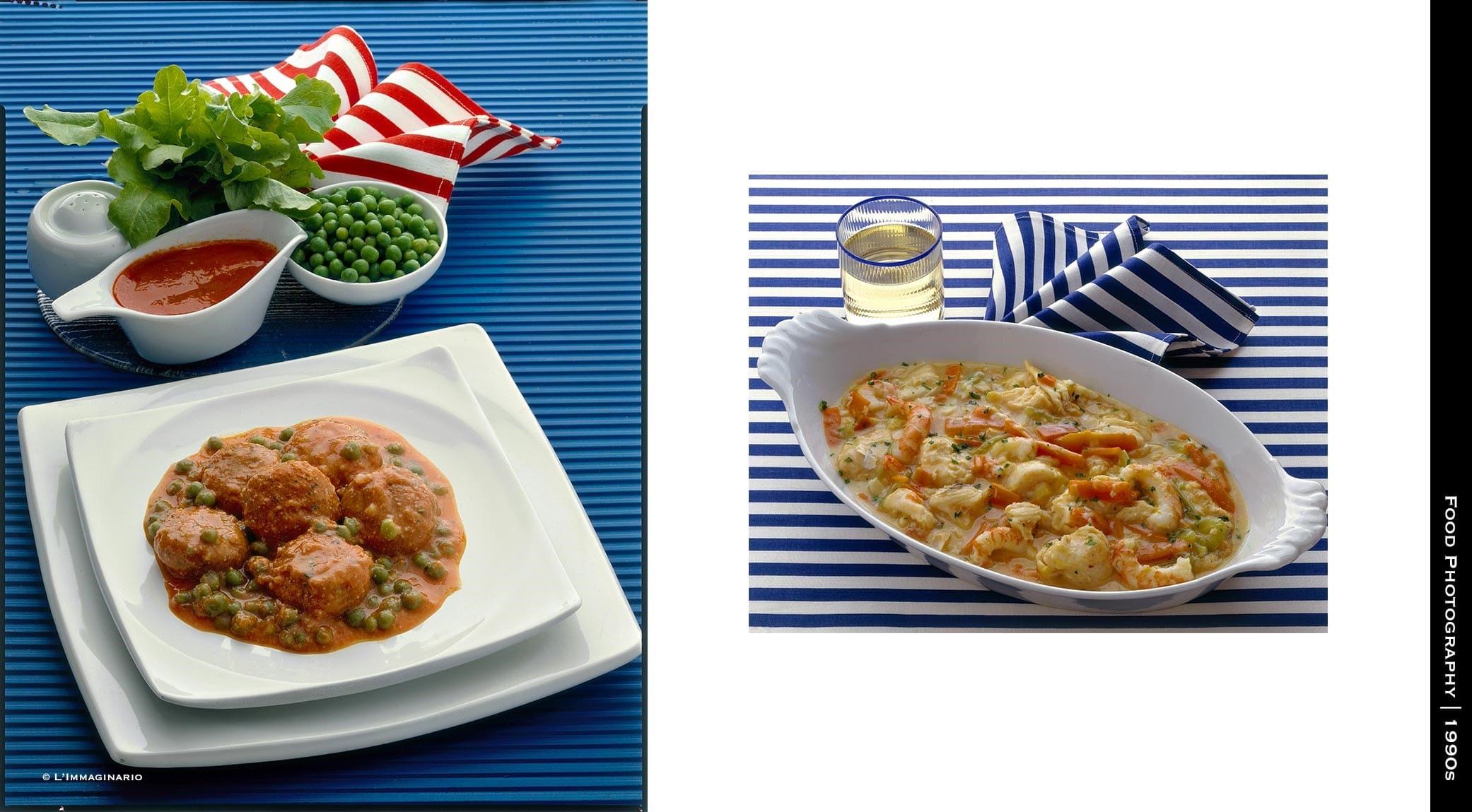 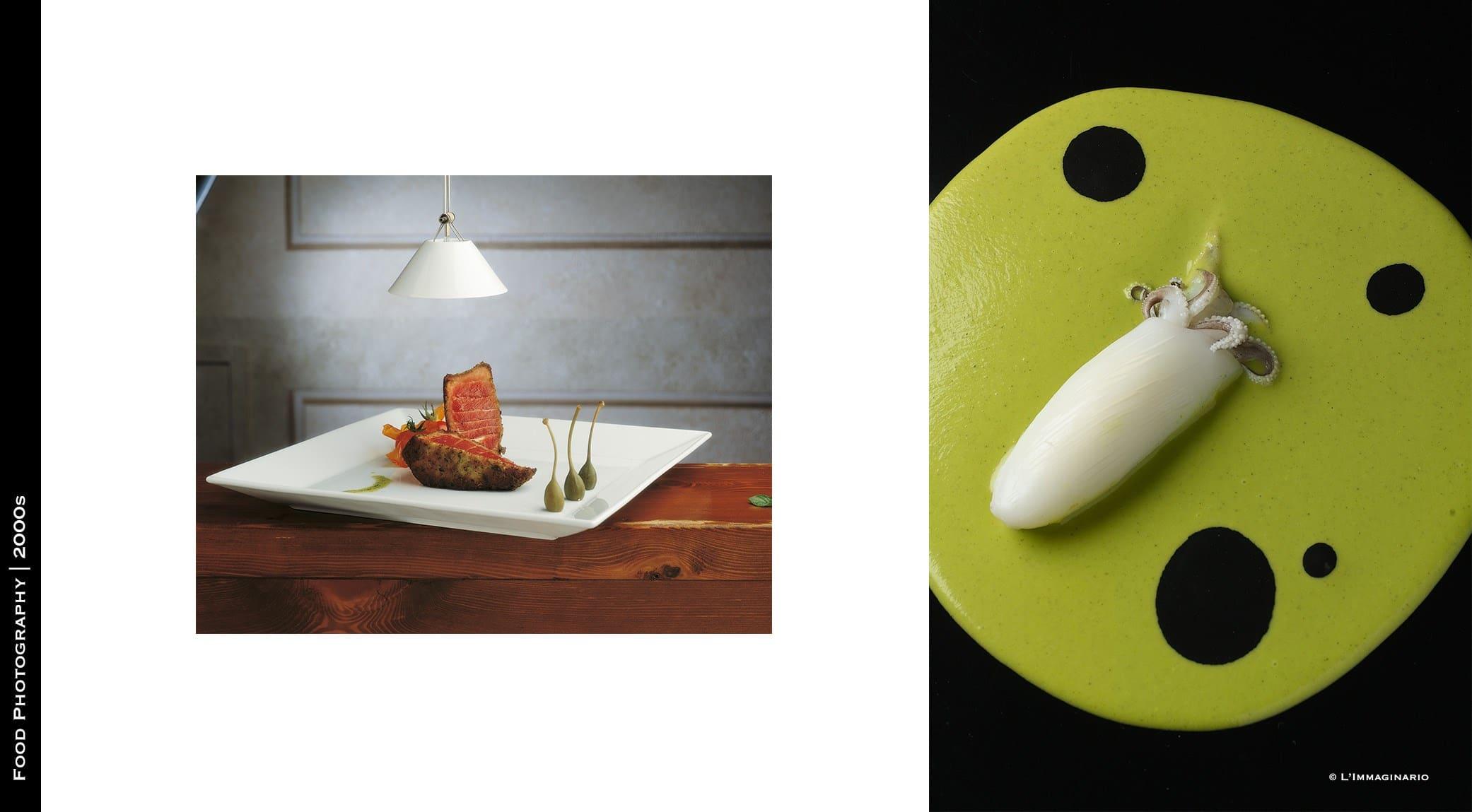 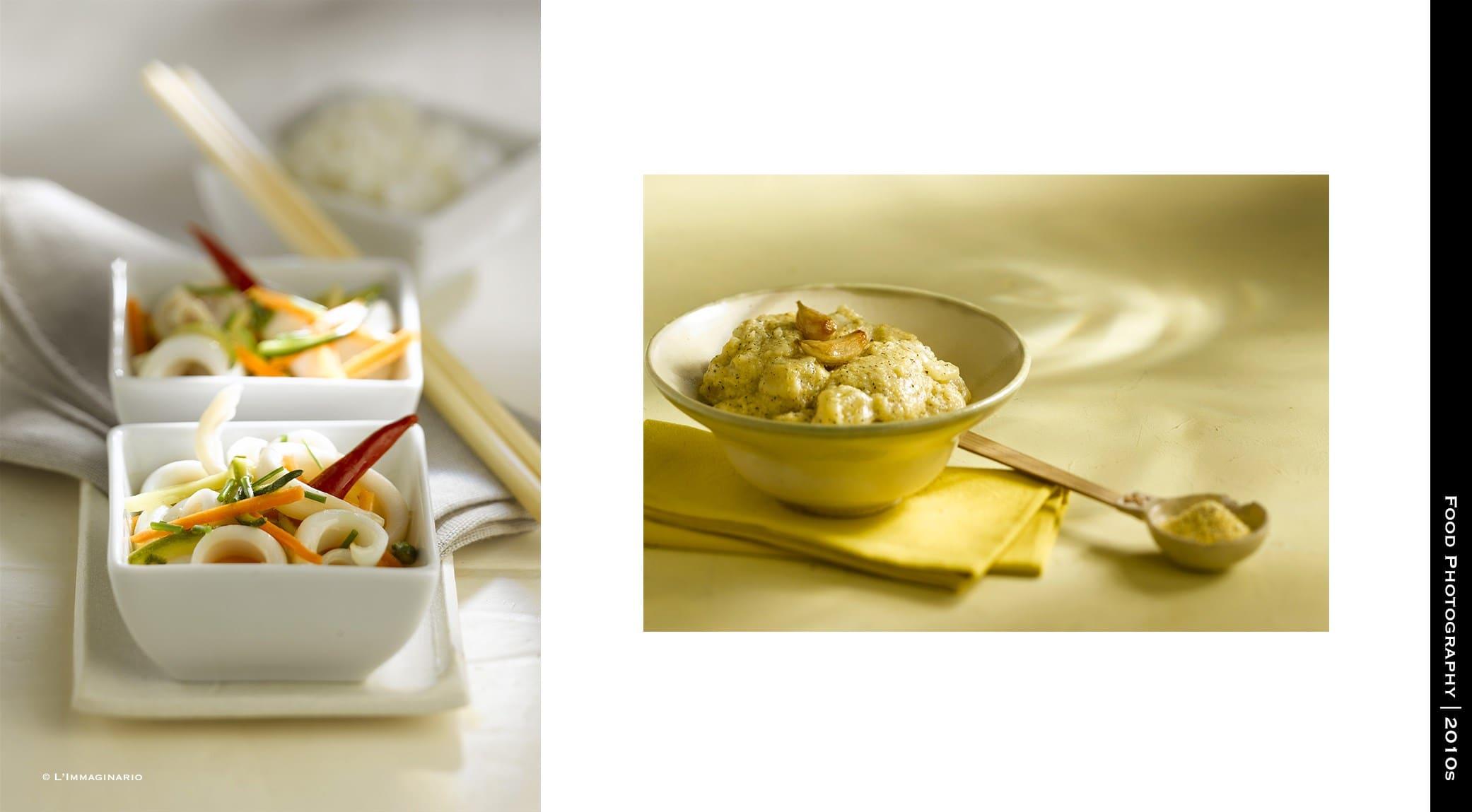 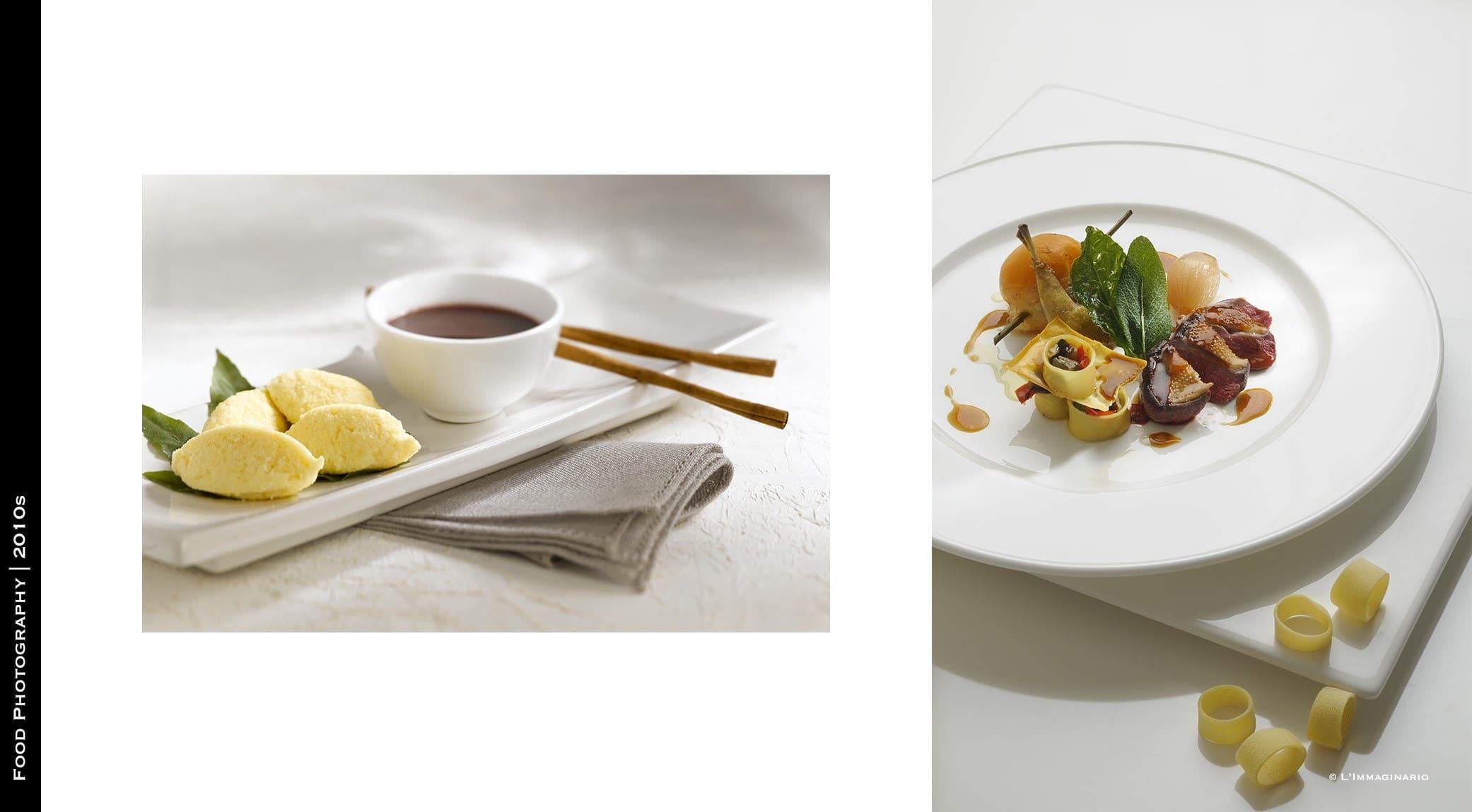 As Marcialis himself affirms ‘The gastronome is the person who transforms the food – generally raw materials – into recipes using methods and techniques of the kitchen as his main activity. As a matter of fact, I transform the food so as to create recipes and photograph them. If it made any sense I could regard myself as a ‘gastronographer’. But food also allows me to pursue the activity of food designer’.

Marcialis has worked for some of the most important Italian and international gastronomy magazines, and he has collaborated with chefs such as Cracco, Winkler, Vergé and may others. He has also participated in many editorial projects, including graphic projects such as Regional Italian Cuisine, with Marchesi, La Cucina POP, with Oldani, etc.

L’Immaginario has always set a high value on food through photography, even if ‘the appearance of the dish has changed over the years, influenced by the demands of the clientele and the historical and cultural moment’. As he recalls his work, Marcialis thinks back to the last few decades. ‘In the 1970s there was an anecdote in every recipe. There were some clear-cut photographs where the dish was placed in specific scenery, very luxuriant and large, where the surrounding ambiance and the objects within the scene told their own story.’

‘In the 1970s, food photography was regarded as the Cinderella of photography, today it is the queen. At that time, there were great archives of news, history, and architecture but there was no photographic agency specialized in food. Thus, the big specialist editorial groups had their own photographic studio. So I realized that photographing food could also be a service,’ Marcialis recalls. ‘There were 15 of us, I had three assistants in the photographic studio, four who were working in the kitchen, two secretaries and the editorial office.’

In the 1980s, the attention was focused solely on the dish. Nouvelle Cuisine brought about a big change: portions became very small and the number of courses was similarly diminished. Cooks were also deeply aware of the aesthetics that should distinguish Nouvelle Cuisine from the preceding version, eliminating the garnishing that made dishes unnecessarily heavy.

This is what Gualtiero Marchesi was determined to bring to the ‘old’ professional Italian cuisine. A few restaurateurs understood this philosophy and supported him, some criticized him, and all the others copied him without knowing why. 'When the chef opened his restaurant in Bonvesin della Riva, I was invited to interview him. I was the second person, after him, to know what modern Italian cuisine was. And from then he became my Master. Not only that: the recipe that Marchesi regarded as the most emblematic and revolutionary in his cuisine – Saffron and gold leaf risotto – was suggested to him by me.' says Marcialis.

Ten years later, in the 1990s, photographs of food dominated the fashions and leanings of the book trade. Instead of offering well-informed or well-researched journalism concerning food, the specialist magazines sunk to proposing repetitive recipes simply in order to sell more copies.  'That sort of image has been a sacrilegious tendency concerning photography. All was well until the director decided on what line to take (and not all directors are capable of doing this); then with the introduction of the photo editor or whoever stood in for him things were changed – and not entirely for the better’ adds Marcialis.

'In those years we had what I define as World Cuisine and Globalisation. If at first, you could tell the difference between photographs of Italian food and English or American between 1990 and 2000, this trend to make everything look the same has given the coup de grâce.'

What about these days? 'I think that food photography is turning back to the classic style; the dishes are well-constructed and elegant. Equilibrium, perfect shapes: I believe that the future of food photography will move in that direction.'

Fotodifood: The Future is Young

‘L’Immaginario is now open to the new generations of photographers. The project will take off in January and will be called Fotodifood. We shall make our space and our experience available to young talented people who do not have the means to realize their projects’, Marcialis explains.

For young people who are starting out in professional photography, it is hard to rent a space, start up a business and acquire tools and equipment. Ricardo Marcialis, who has always supported young photographers, decided to allow them to use his photographic studio, equipment, and props at a reasonable cost. From January 2018, the project Fotodifood will start, find out more information clicking here.

Discover the 'Five Cs' for building strong and efficient restaurant teams from an expert in team psychology, as part of our Better Business series.
You may also like
Article
Nashville Hot Sauce with Honey
Article
The Eight Best Cocktail Garnishes and How To Use Them
Article
Sous Vide Chicken Breast
Article
OAD 100+ Best Restaurants in Europe 2022
Food Photography

Fun food art through the lens of Federica Cogo