Italian photographer Andrea Cicala Pozzuoli creates works in which digital photography is inspired by an era when art had just one meaning: savoir-faire. This is an era all of us recall for its formal perfection, harmony and academic balance, attention to every chromatic composition, and the suspended time of still lifes bearing the greatest optical truths, revealed by their warm, deep and natural luminism.

It is not '600: contemporary still lifes

In the series titled It is not '600 (featured in the gallery at the top of the page) the artist focuses on still lifes using different kinds of food and ingredients. Each image is the outcome of a complex process: it is initially drawn and made into a sketch defining the materials, colors, and proportions, followed by the phase of research into material. 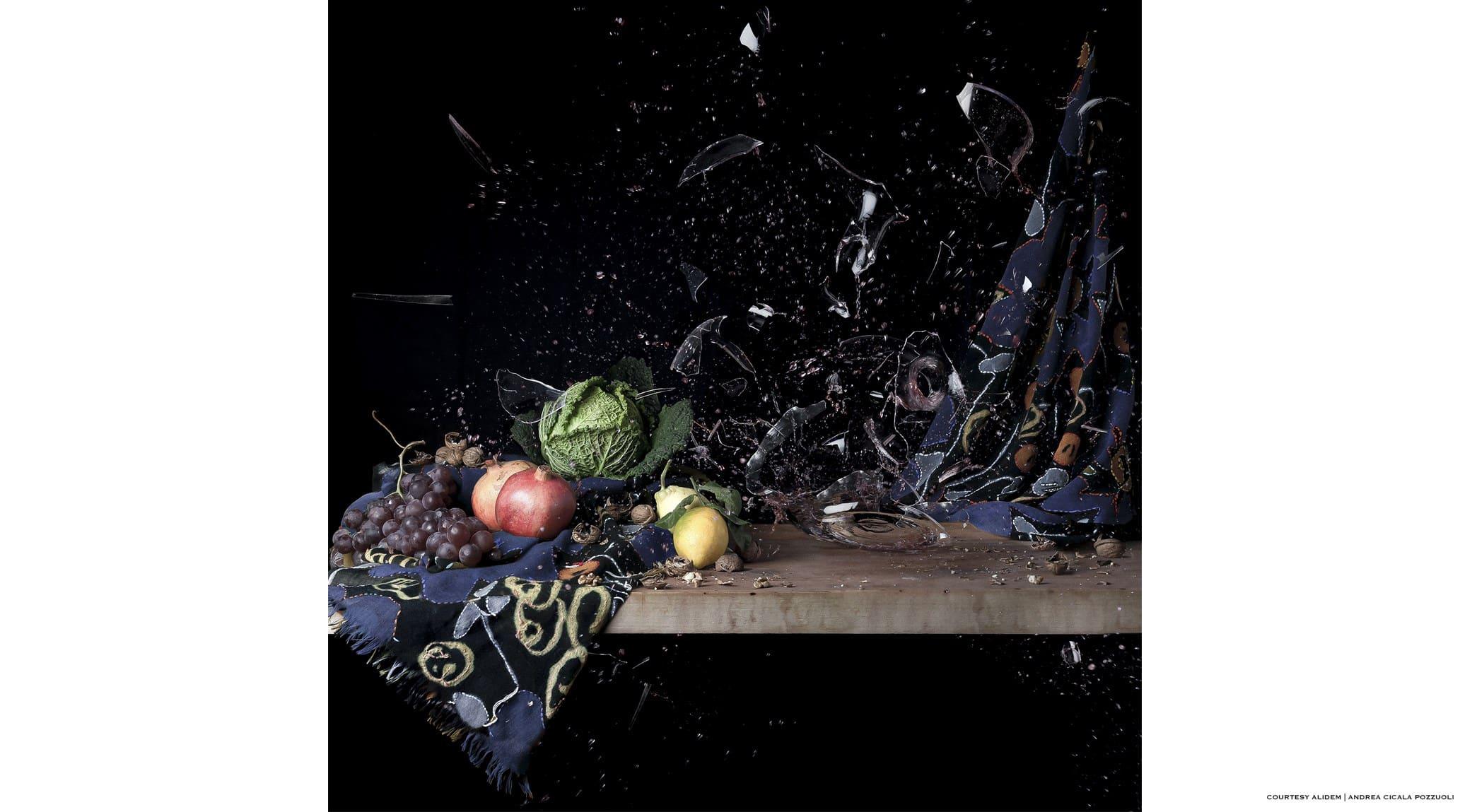 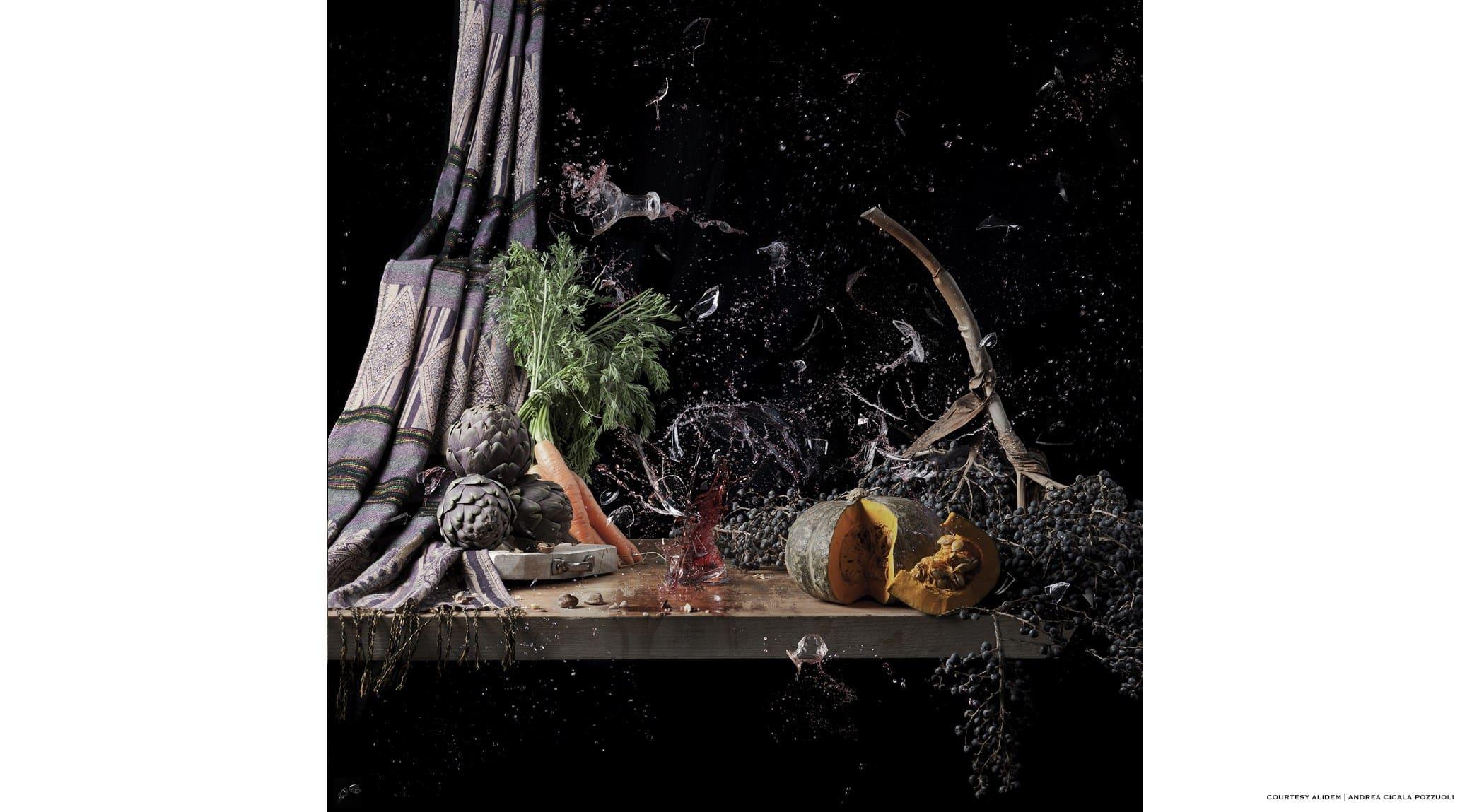 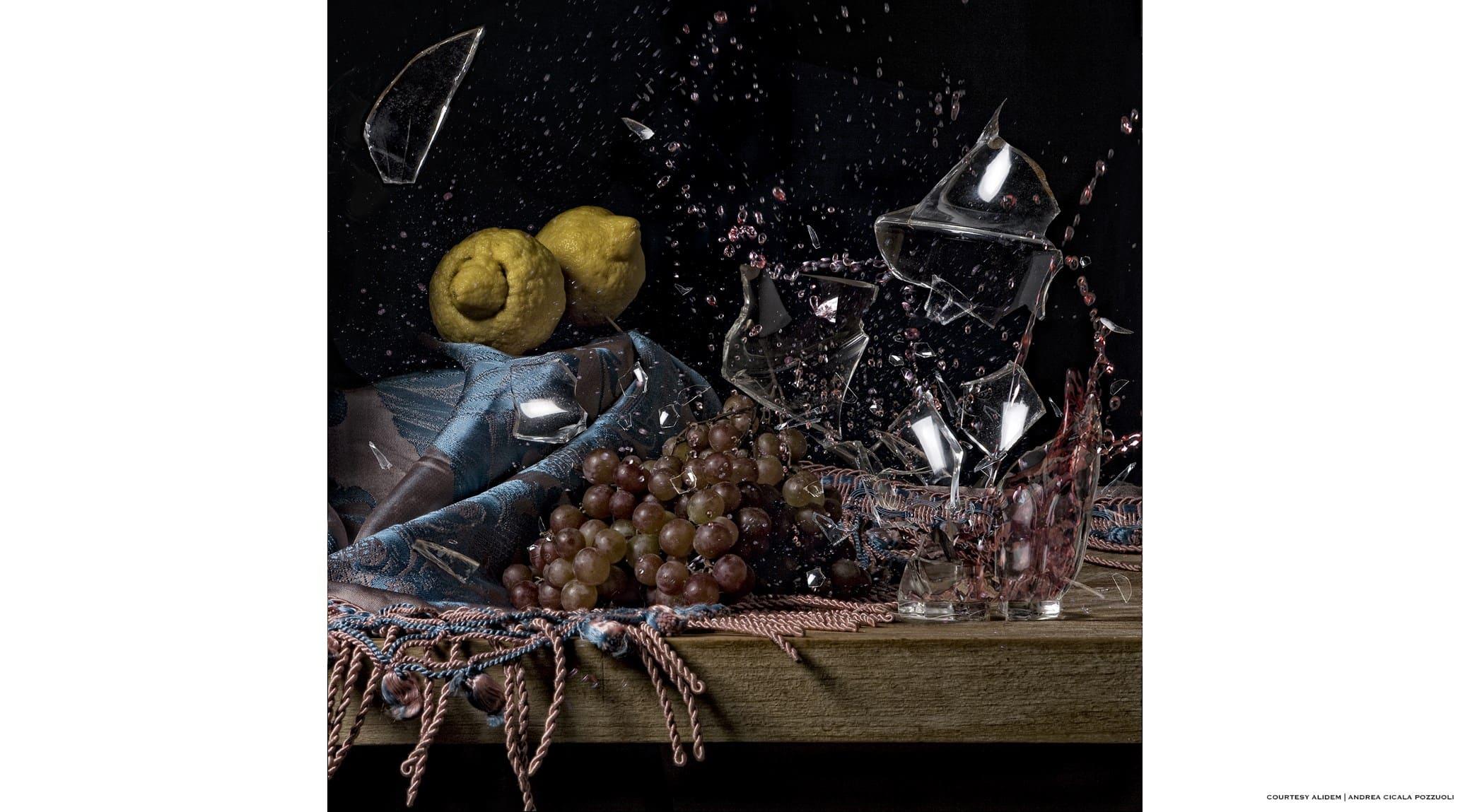 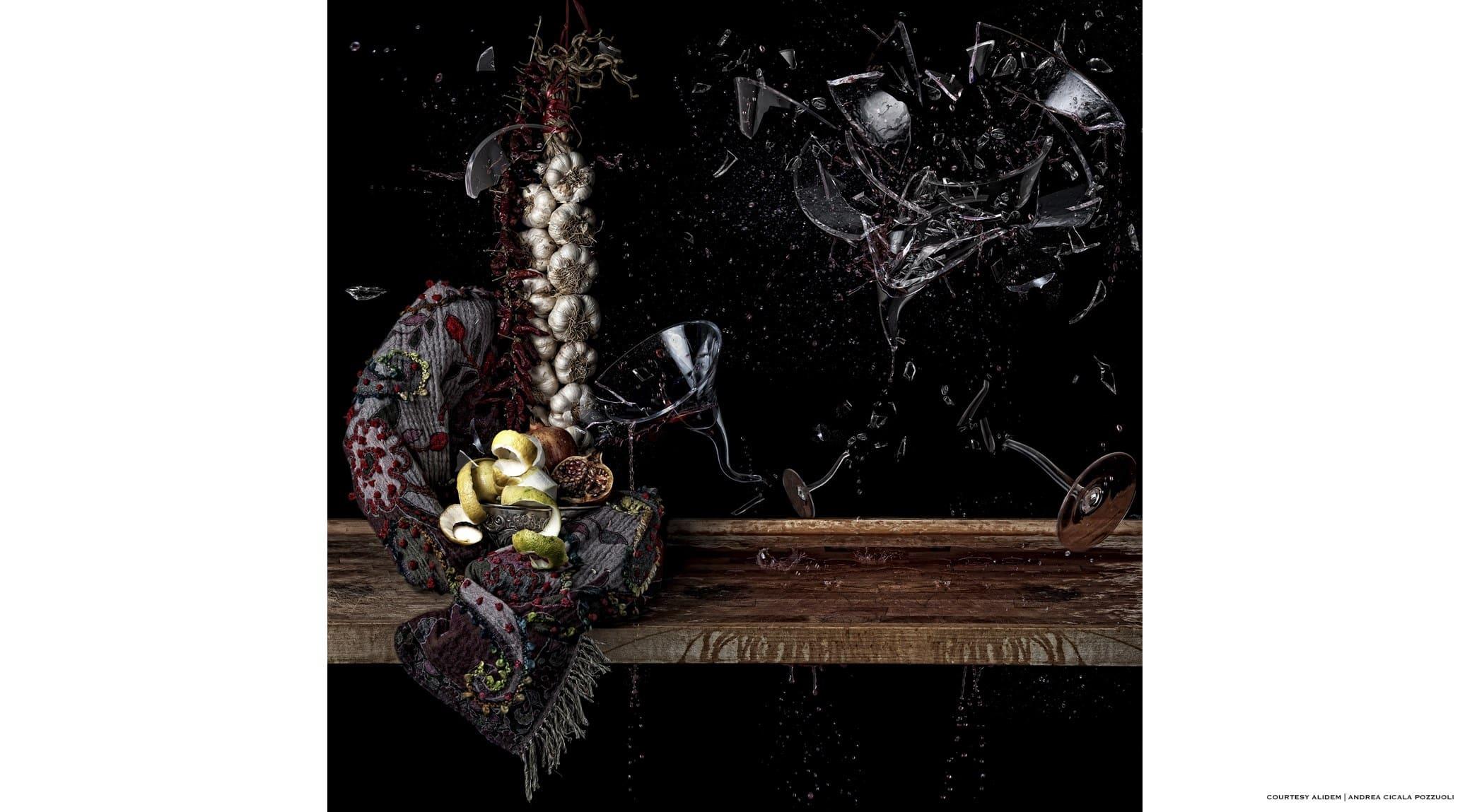 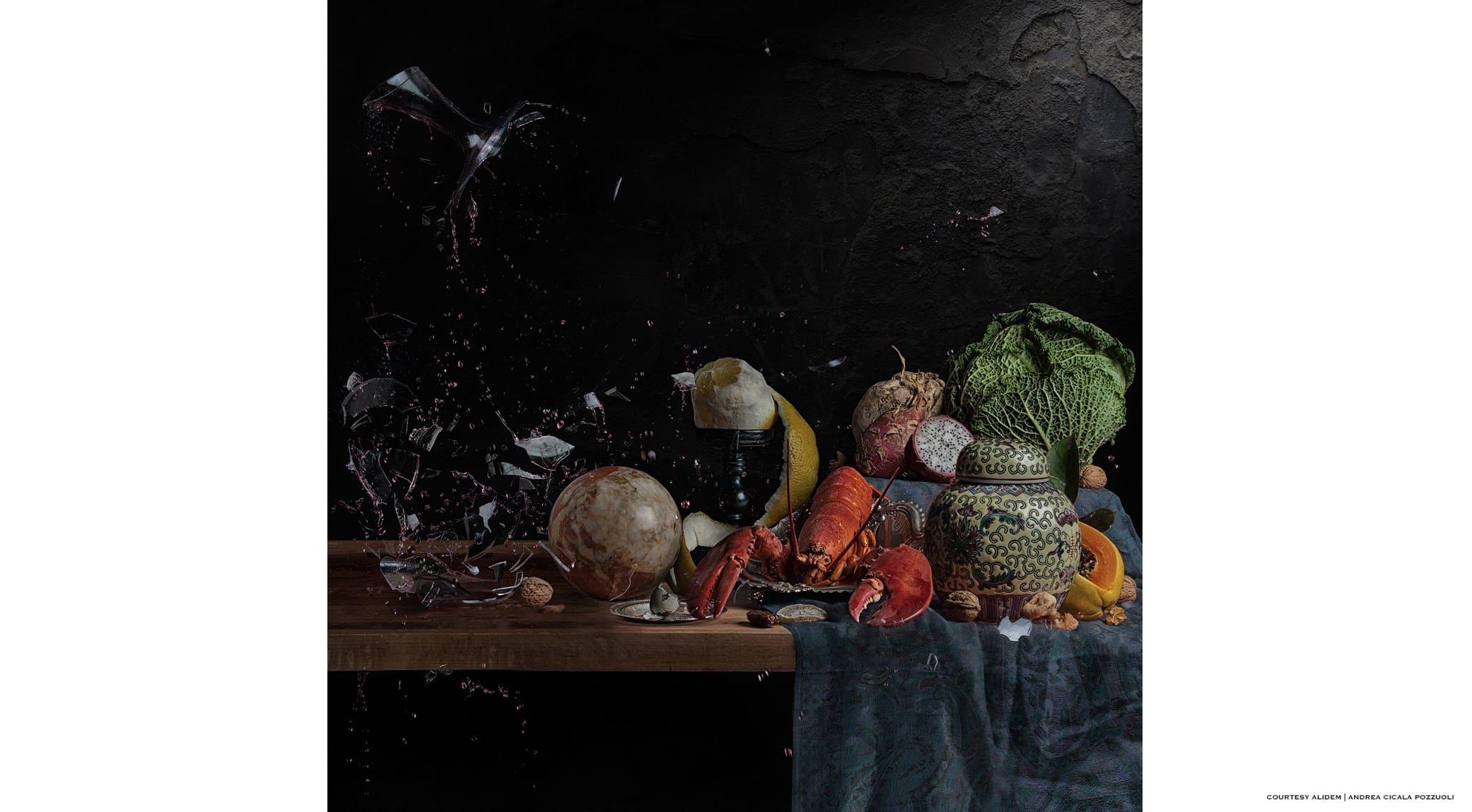 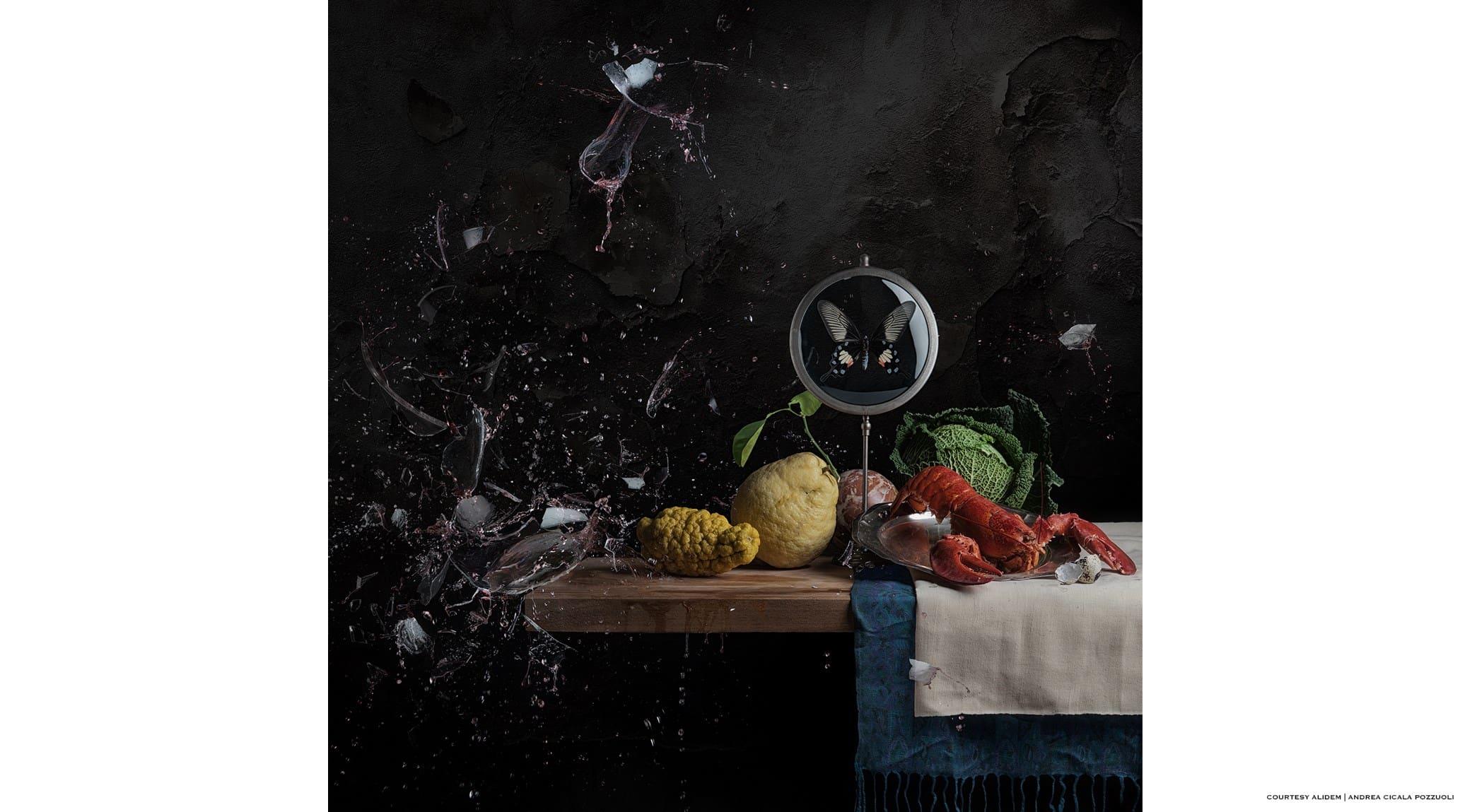 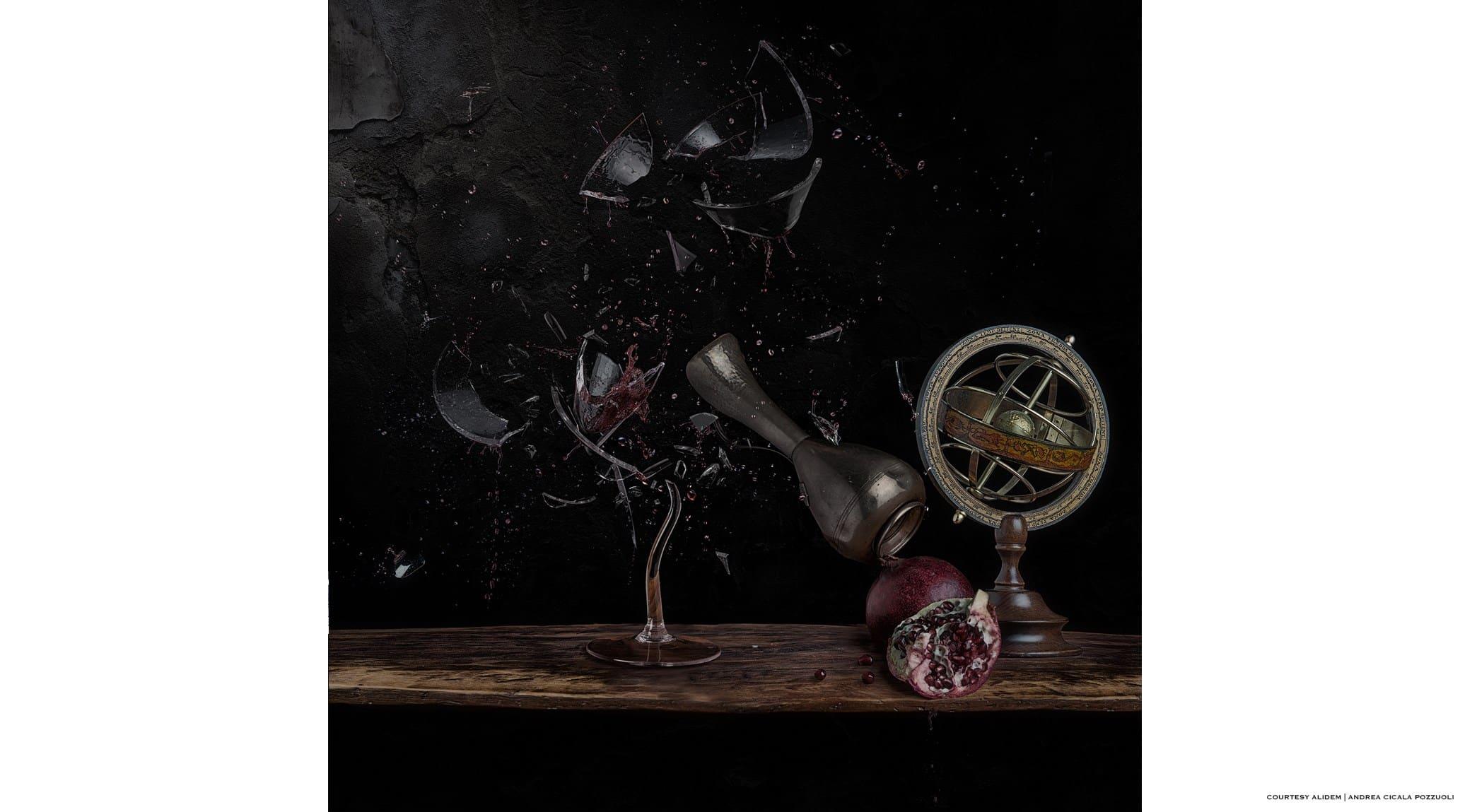 Then it is time for the studio where, once the static elements such as fruit and vegetables have been photographed (as explained in the video below), we arrive at the dynamic aspect of the image. The glass is broken separately, each individual piece is photographed, and then it is mounted and assembled in its final photographic form.

The series illustrates a specific moment: the break between the classical and modern worlds. The 1600s usually represents a century in which the still-life genre developed to its fullest, interpreting the feeling of the precariousness of life that swept across Europe. This is why the title is a statement, but also a warning.

However, while in 17th-century paintings the characteristic common to all symbolic elements alluding to the theme of transience was fixity, immobility, and stagnation, in Pozzuoli’s work dynamism, explosion and power instead predominate, bearing witness to the shift between two extremes: rather than a silent being hiding behind its fears, society has now become unstoppable and noisy.

A special thanks to Alidem for the image courtesy.