Chef Ana Roš has just got back from a run when we speak, a run that has seen her create two new dishes in her head.

“My running is always full of observing the nature,” says the Chef’s Table star. “We just started having rowan berries – such a particular berry: very bitter and sour, and it has this weird sweetness. So I was constructing a dessert in my head and it’s actually going to be probably a reconstruction of All Bran with raisins and apple. And the other thing I noticed is the walnuts are falling down now, so probably I’ll create a savoury dish, combining potato and walnut. One will probably come out at the beginning of next week, and the other will happen next week, so by Friday I guess both of them will be out. We are very creative in this period. ” You don’t say. This sense of always being in motion, in tune with the turning of the Earth is at the heart of what Roš does at her restaurant Hiša Franko in Kobarid, Slovenia, which this year entered The World’s 50 Best Restaurants list for the first time, at number 48. The restaurant with lodgings can be found nestled between the mountains and the Adriatic Sea, in the far West of this tiny country, close to the border with Italy. Roš sources all her produce locally, from the foragers and producers who have been following the same trails and techniques for generations, but she doesn’t believe in signature dishes she says – nothing stays on the menu long enough. Nature’s bounty is too plentiful and these parts and she doesn’t want to miss a thing. 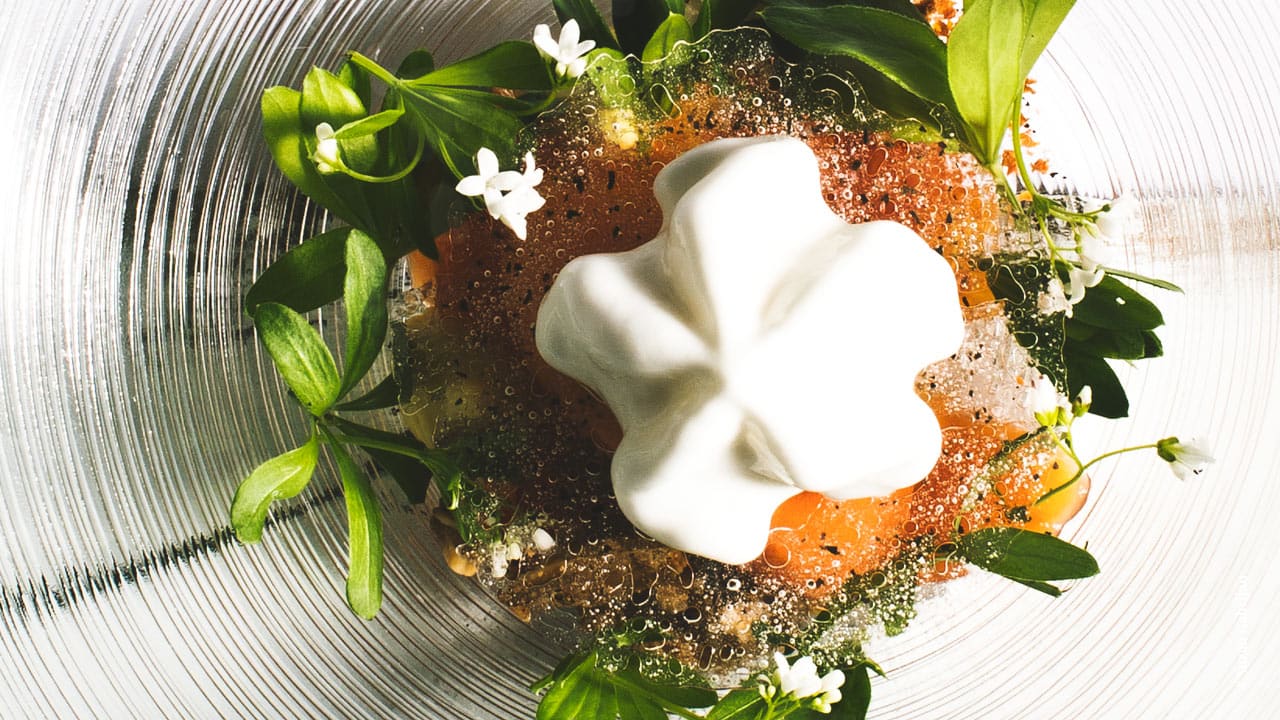 “When you live so close to the product, you have to be quick,” she says. “Sometimes you have to risk perfection, or plate more simply, because you don’t have enough time to develop a certain recipe. Two days ago the forager called me and said, ‘A lot of black trumpets came out.’ I was like bring them over and in one day we did a broth made out of cheese rinds and red onions, and we caramelised the red onions and then served the black trumpets in fat from the cheese rind, which we brought down like a brown butter and we clarified it. So, it’s still very complex, but you know, we had to act super quickly.” As a world famous superstar chef, Roš is obviously inspired by her frequent travels, but in an indirect way she says, like the way they treat vegetables and herbs in Vietnam, or the focus on single ingredients she expericned on a visit to chef Yoshihiro Narisawa’s eponymous Tokyo restaurant. In fact there’s a hint of the latter in one of her favourite recent creations, a dish called Absolute Porcini, which consists of porcini mushrooms of various textures – raw porcini, a porcini glaze and even a porcini broth to drink. Another recent dish, possibly her favourite above all others, is a wrap of crab and goat kid, with a dumpling of the goat kid offal served in a broth made from the heads and tails. It’s inspired in part by the way food is eaten with super hot green tea in Japan, she says.

Being so close to the sea, Hiša Franko, its kitchen and its surrounds can often be a humid environment, and another dish of a plum roll filled with fermented cottage cheese and different textures of plum is one that can wilt and die very quickly if not handled correctly. This is where it is on the kitchen staff to understand every single aspect of every dish, “a big responsibility” says Roš. The floor staff too, must be meticulous with the instructions they pass on to the guests. Said dish is served with a kind of bloody mary, made with plum juice, habanero vodka and tonka bean. It’s both a salty and spicy dish and the diner is instructed to alternate between the two elements, otherwise it may be “too strong, too weird,” says Roš.

Roš will soon have a book out via Phaidon and when we speak she’s just about to send over the 75 finalised recipes. And naturally for a chef who never sits still, of this 75, 62 are from May 2018 or later.

Enjoy more dishes from Ana Roš below (click on the images to enlarge). All dish images by ©Suzan Gabrijan

How many types of mozzarella are there? Find out more about all types of fresh mozzarella and the best way to use them in the kitchen.
You may also like
Article
Food Mythbusters: Can I Soften Butter in the Microwave?
Article
Zineb Hattab: Future-Proof at KLE
Article
Sean Brock's Ridiculously Easy Buttermilk Pie Recipe
Article
Watch Michelin Chefs Cook Sea Bass
Ana Ros

Ana Roš: ‘I Slept in the Kitchen’