The star-studded line-up of big-name chefs who will form the jury for the 2021 edition of S.Pellegrino Young Chef Academy has been announced with some of the world's most creative culinary leaders on board to judge one of the most exciting cooking events in the culinary calendar.

Seven Sages from around the world, Mauro Colagreco, Andreas Caminada, Clare Smyth, Pim Techamuanvivit, Enrico Bartolini, Manu Buffara and Gavin Kaysen, will arrive in Milan on October 2021. They will form the jury panel, known as The Seven Sages, that will taste, question and challenge the 12 finalists and their dishes before eventually crowning the best young chef in the world as S.Pellegrino Young Chef winner for 2020.

12 young chefs will compete in the finals. They were shortlisted from thousands of applicants who attended a series of intense regional heats held around the world. This year, the competition  recognised more young chefs — and placed greater emphasis on mentorship, gender balance and inclusivity — than ever before.

Come October 2021, the 12 young chef finalists will fly into Milan from around the world with their mentors by their sides. They will then go head-to-head in the kitchen as they create their winning signature dishes in competition conditions, in front of a global audience and, of course, The Seven Sages.

As the final countdown to the Grand Finale begins, the 12 finalists are hard at work around the world, collaborating with their chef mentors, perfecting signature dishes and honing their presentation skills, ready to wow The Seven Sages. 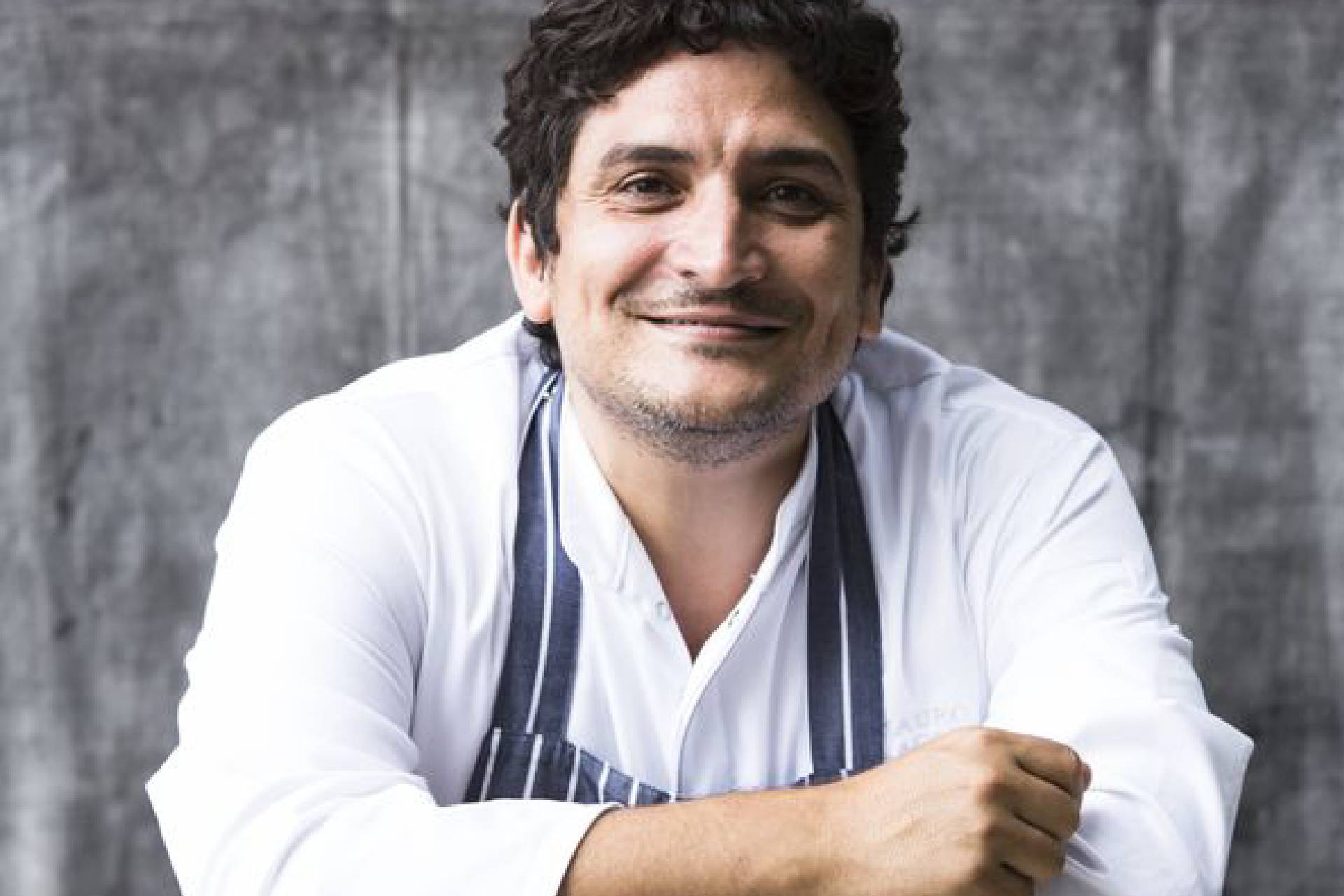 The popular Italo Argentine chef currently resides at the pinnacle of gastronomy, with his Mirazur restaurant in France, holding three Michelin stars and the title of the Best Restaurant in the World on The World’s 50 Best Restaurants list.

Known for his borderless cooking, the “chef of the year”, showcases local and homegrown produce on the innovative menu at his cote d’Azur restaurant, nestled within bustling Mediterranean gardens and surrounded by amazing sea views.

Beginning his career at the Gato Dumas hotel school in Buenos Aires, before making his way to France in the early 2000’s and being taken under the wing by French greats like Alain Passard and Alain Ducasse, Colagreco’s eclectic portfolio of projects now spans the world. He has Brasserie GrandCœur in Paris, Florie's at the Four Seasons Hotel, Palm Beach, and a hamburger chain, Carne, in Argentina. 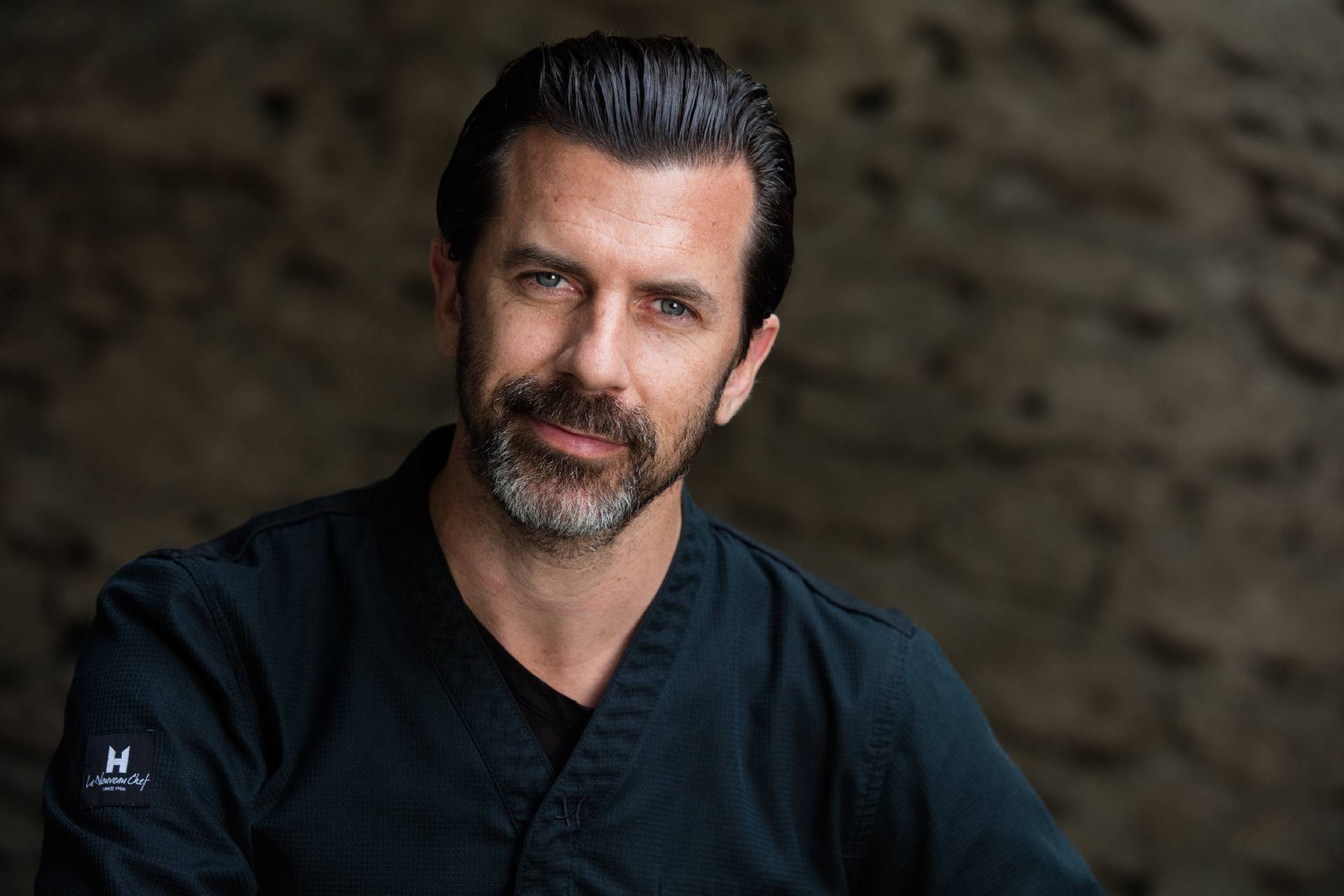 Chef Andreas Caminada showcases contemporary Swiss cuisine at his three-Michelin-starred restaurant Schloss Schauenstein set inside a historic 13th-century castle. Located in his hometown of Graubünden, Switzerland, the restaurant’s unique geography allows the chef to source ingredients from the crystal-clear lake of Lucerne and the snow-capped Swiss Alps.

The longevity and consistency of the world-class restaurant are a testament to the chef’s commitment to perfection. In addition to this flagship establishment, his portfolio boasts casual dining hotspots in luxury locations like St. Moritz.

His dedication to the culinary profession is also evident throughout the chef’s foundation, Fundaziun Uccelin. A group that supports and nurtures young cooks and service staff to improve their careers with further learning, apprenticeships, and funding for culinary activities.

Chef Caminada received the World’s 50 Best Sustainable Restaurant Award for his environmental and social approach at Schloss Schauenstein in 2019. 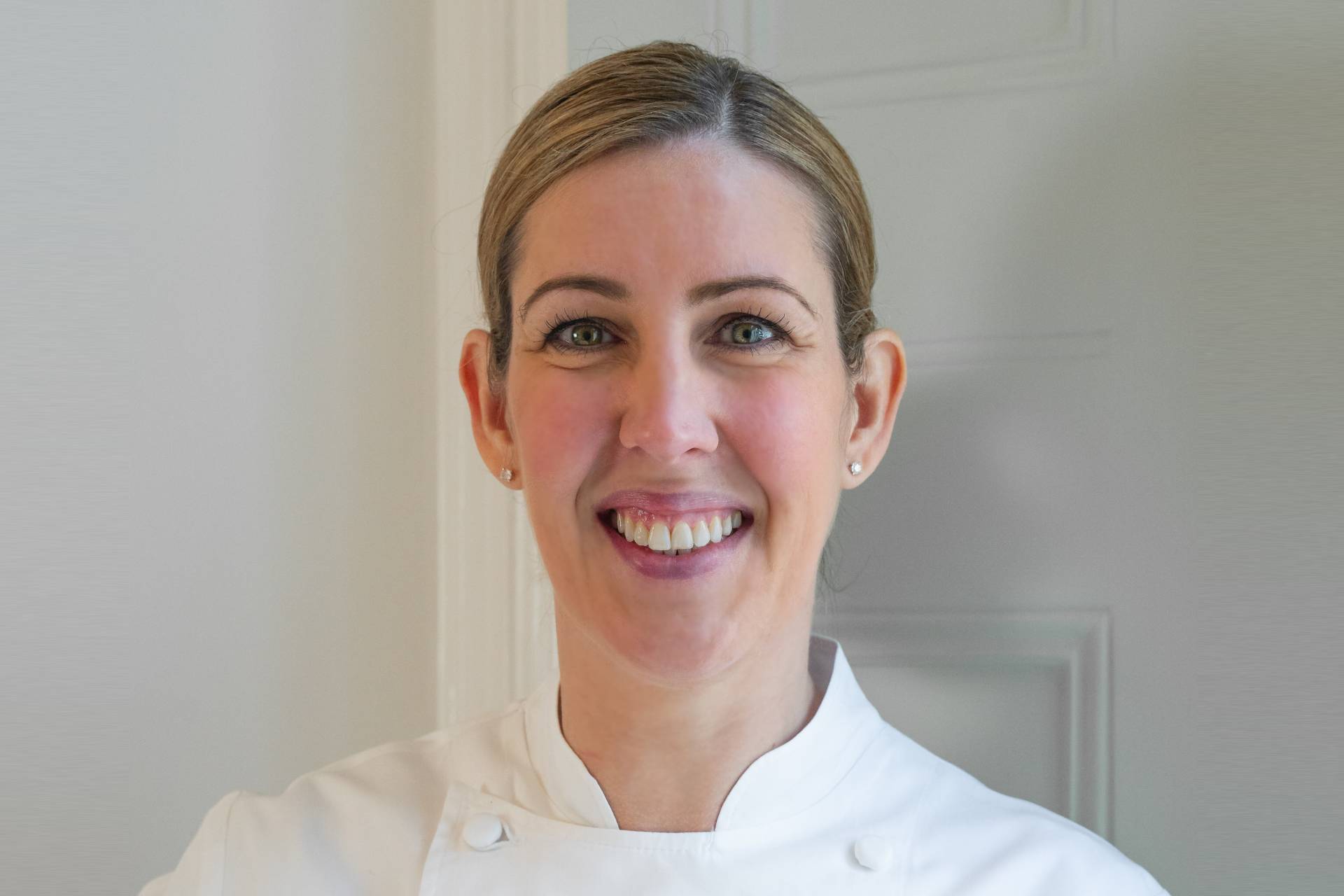 The Irish born chef was named the World’s Best Female Chef by World’s 50 Best Restaurants in 2018. She has an impeccable list of accolades and is currently seen as one of London’s most exciting culinary creators.

While rising the ranks and working under the tutelage of Gordon Ramsay, Smyth became the first and only British female chef to earn the ultimate accolade of three Michelin stars for her work at Restaurant Gordon Ramsay.

In August 2017, she opened the Core restaurant in Notting Hill and was awarded three Michelin-stars in the Michelin Guide UK and Ireland 2021. As a chef, leader and mentor for future stars, Smyth’s has become one of the leading lights of London’s culinary landscape. 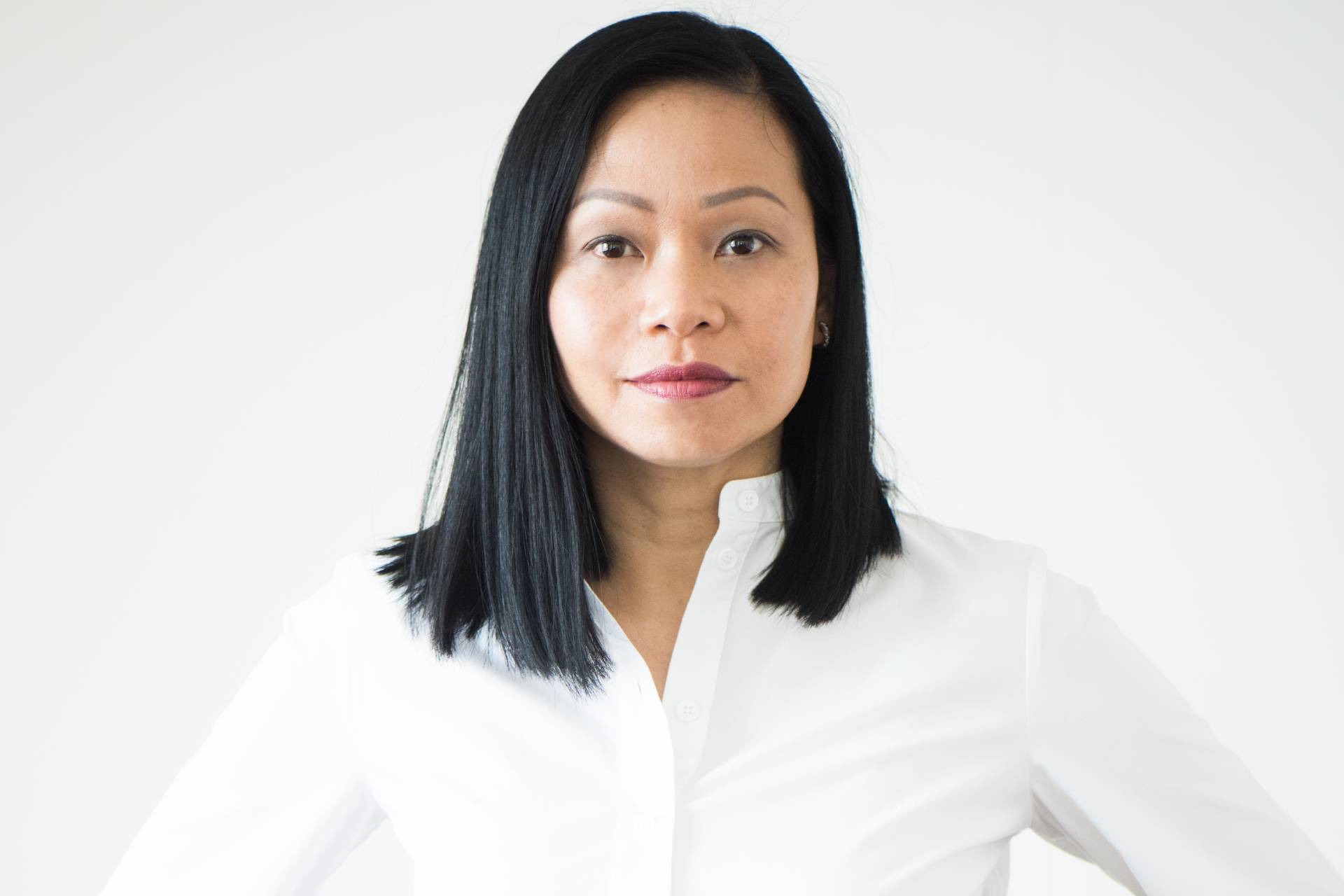 Since then, the self-taught chef has catapulted onto the international culinary scene and has taken the helm as executive chef at one of the best Thai restaurants in the world, Nahm (Best Restaurant in Asia 2014 and one Michelin star since 2017). Here, she pursues the restaurant’s long-standing culinary principles while at the same time injecting her own signature style into the dishes she serves. 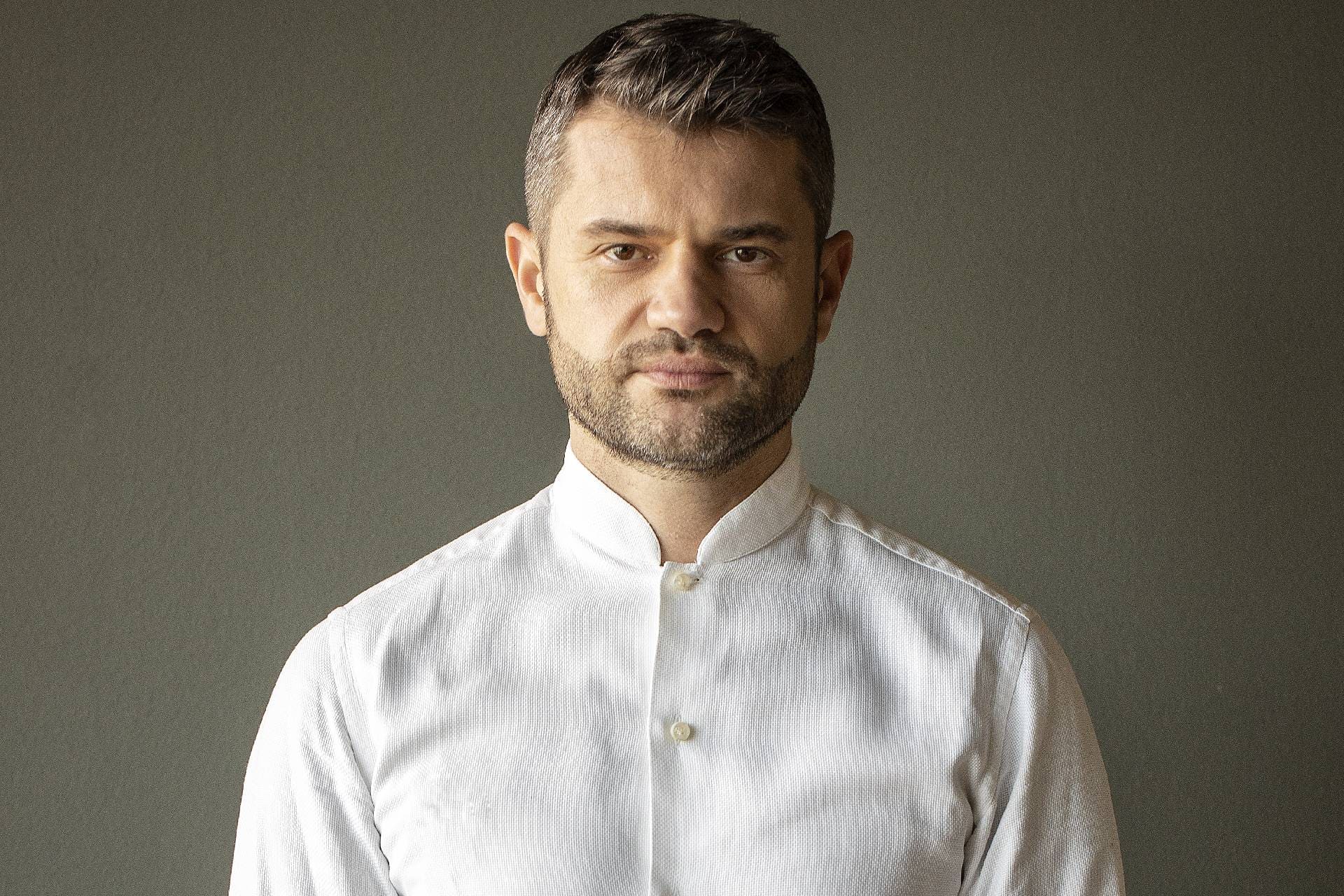 Enrico Bartolini can be categorised as one of Italy’s finest gastronomic talents. He currently holds nine Michelin stars across his restaurants, earning three of them in the 2020 guide for Enrico Bartolini at MUDEC in Milan.

The highly accomplished chef first made his mark abroad in the kitchens of Paolo Petrini in Paris and Mark Page in London, before returning to Italy where he worked under the guidance of Massimiliano Alajmo. He earned his first Michelin star while running the Le Robinie restaurant in Oltrepò, Pavese, at the age of just 29.

Bartolini leads the way in the movement of gastronomic excellence, blending research and experimentation with the rich, dynamic culture of Italy.

Michelin Guide to Italy 2020 - See all the new stars 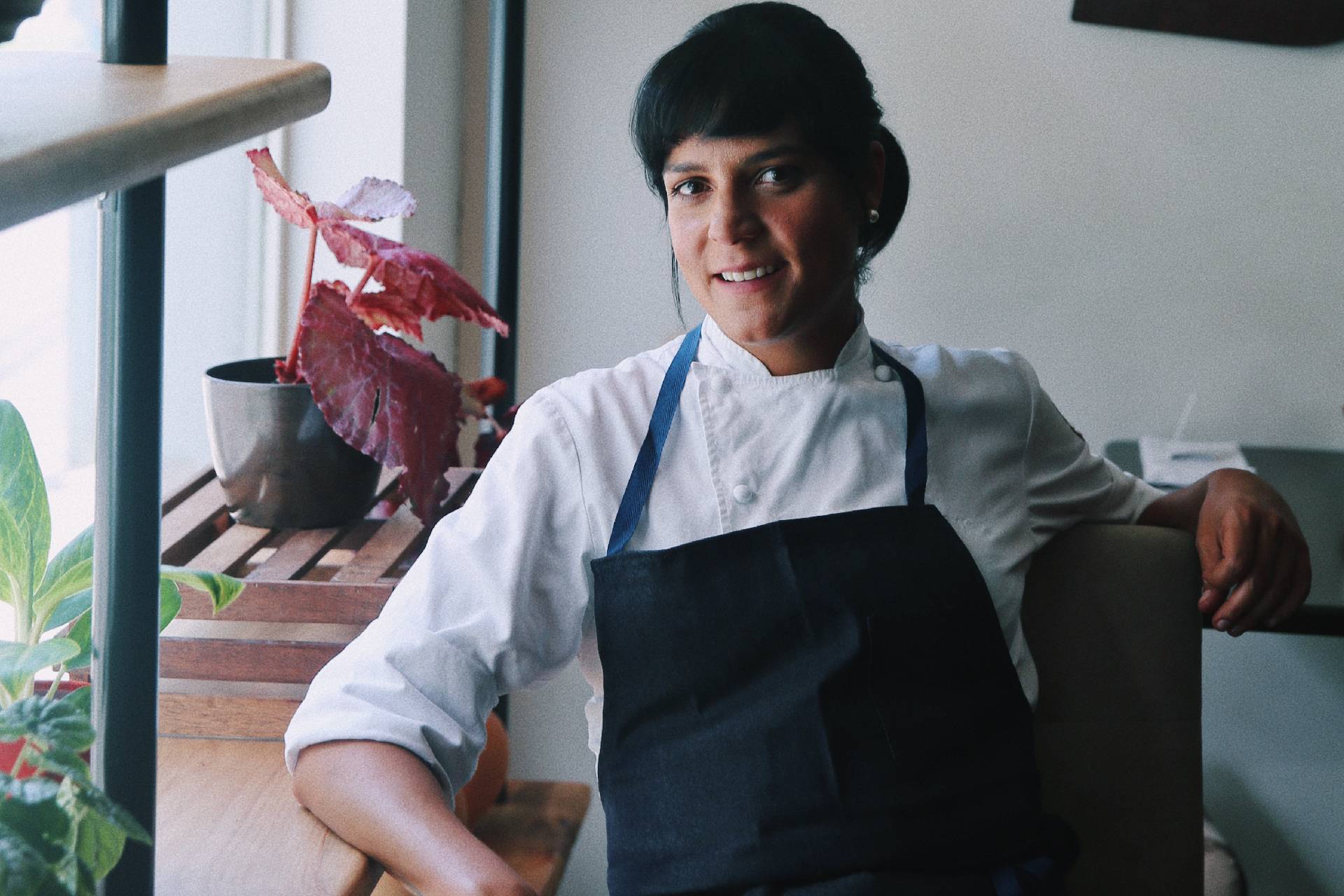 Manu Buffara is the latest ‘one to watch’ chef from Brazil who is putting her hometown of Curitiba on the culinary map. The young chef, who completed several stints of work at restaurants such as Noma and Alinea, has attracted international attention for her restaurant Manu, winning the Miele One to Watch Award for Latin America's 50 Best Restaurants 2018.

With her growing voice, she is a champion for change, focussing on waste reduction, better nutrition and the environment in both her hometown and on the global gastronomy scene. She is a highly creative and emotional chef with a strong connection to society and culture, something seen across her culinary creations.

"The best ingredients from Latin America are yet to be discovered" 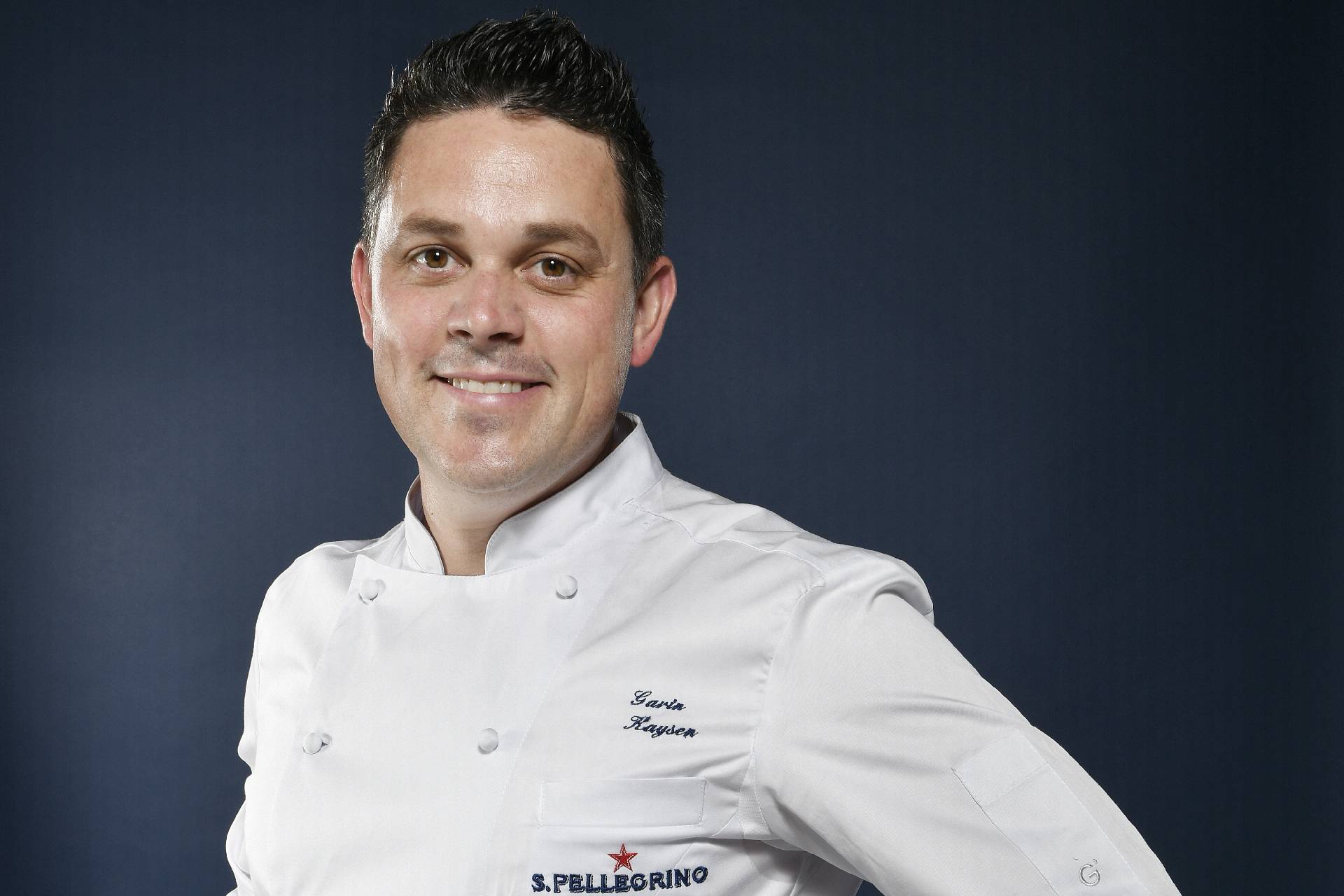 is the owner of the Spoon and Stable Restaurant in Minneapolis and is one of a handful of chefs from the USA to stand and represent his country at the biannual Bocuse d’Or culinary competition in Lyon, France.

In 2015, team USA won their first silver medal with Kaysen as head coach and in 2017 they won gold. Kaysen is now the President of Team USA and will be the leader of the crew who will represent the country at Bocuse d’Or 2021.Open, engaging and always willing to share his knowledge, Kaysen has an acute eye for detail and years of experience in what it takes to cook high-level cuisine under the pressure of the lights.

Discover the 'Five Cs' for building strong and efficient restaurant teams from an expert in team psychology, as part of our Better Business series.
You may also like
Article
Nashville Hot Sauce with Honey
Article
The Eight Best Cocktail Garnishes and How To Use Them
Article
Sous Vide Chicken Breast
Article
OAD 100+ Best Restaurants in Europe 2022
S.Pellegrino Young Chef Academy