The regional finals are over and the first round of winners awarded as the final tension builds in the exciting wait for the final in the world’s biggest talent search for the next best young chef in S.Pellegrino Young Chef Academy 2021.

In this gripping fourth edition of the global talent contest, there are even more awards up for grabs than ever before, recognising even more young chefs doing great things in gastronomy.

Each of the twelve chefs, selected during the regional heats will now have the opportunity to compete for the global title at the S.Pellegrino Young Chef Academy Grand Finale in October 2021. While the Grand Jury will assess the eventual finalist, the spotlight will also shine on these young chefs making waves.

Here’s a reminder of those 12 talented young chefs, representing an incredible array of cooking cultures and experience from around the world, each reflecting a key theme in their winning signature dish, whether their family history, roots or local ingredients in winning signature dishes. Ingrid Gonçalves, pastry chef at Mono in Hong Kong and winner of the Greater China FDL prize, gave meaning to her ribeye steak dish “Between the Flavours” by representing the beginning of gastronomy with fire, smoke, nature and different cultures in each element in her dish. Antonio Romano, executive chef at Castello di Fighine, Siena, looked to ancient Rome for his inspiration “I investigated how dates were used, how spices were used, and I tried to reproduce them in what is a new key” the winner for the Italy and South East Europe region explained of his dish, "Rome expressed itself."

"A taste of place" "Home is where the heart is" Andrea Ravasio, sous chef at Zumaque in Puerto de La Cruz, Tenerife, has a dream with with his signature dish “El Domingo Del Campesino” “to bring the Canary Islands to the people, to the world and to the future.” 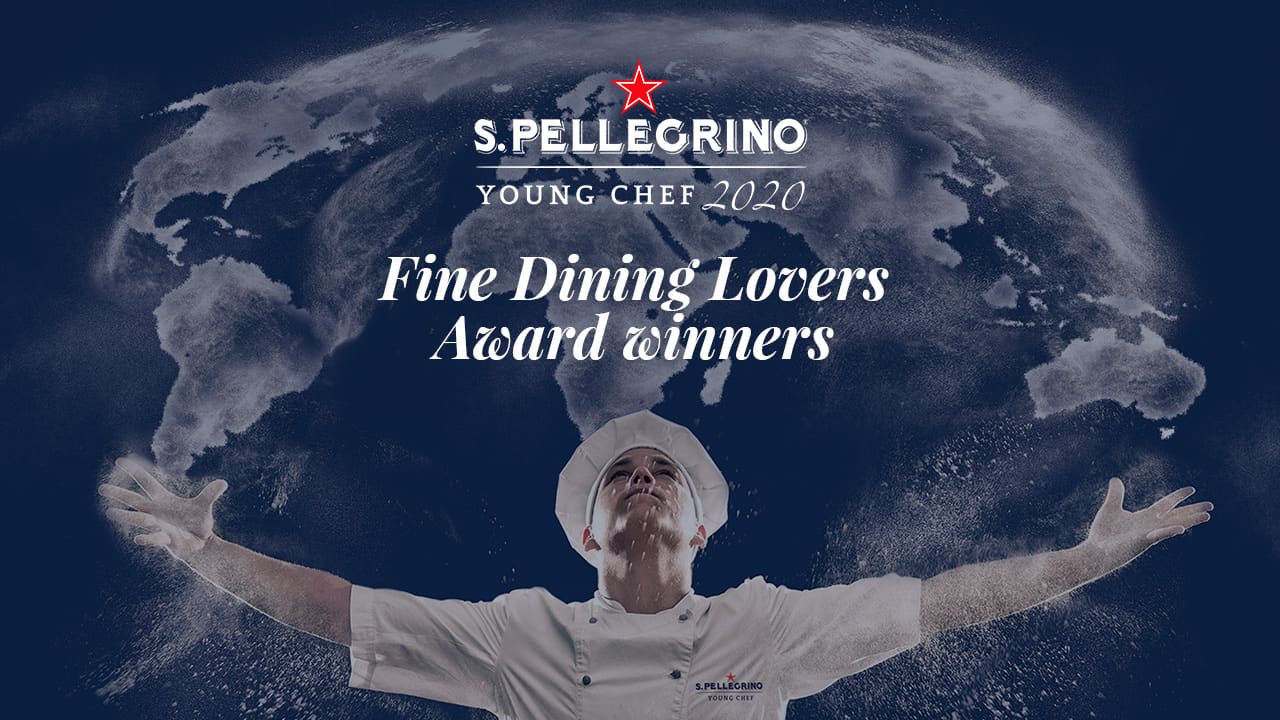 Evens López, now Sous Chef at The Clove Club in London, England used 100% lobster and artichoke in his dish “For me being a chef is not just about good cooking, there is an ecological responsibility and my dish was based on the use of a whole product to have the least waste possible.” Abhijit Dey representing the Pacific region, chose to reflect the Flora and fauna of New Zealand  in his Horopito cured wild venison cooked over kanuka wood, “the majority of the dish represents solid sustainable plant culture and its native organic growth throughout the island of New Zealand. Every ingredient I used represents a different island and its sustainability which motivates me to create something different.” Marcus Gericke, now head chef of Le coin Francais in Johannesburg, South Africa, paid powerful tribute to his chef father in his signature dish: "Remembrance"; “It resonates my fathers instilled beliefs as a chef to "Keep it Simple" it is the best way to honour and keep my old man smiling... He inspires me daily to reach for my dreams,  remain humble … Nicolas Fagundes Galindo winner of the FDL award in the UK and North Europe final blended his Brazilian origins with his Irish experiences in a dish called “Textures and Flavours of Palm and Ox” combining crafts and ingredients from Ireland with Brazilian tropicalness. "I've made the ox tongue and palm heart equally important in my dish I wanted something that represents the dairy in Ireland so I made a blanket sauce using reduce Irish cream and both the ox tongue stock and palm stock infused with fresh tarragon and black truffle wine for earthiness.” And finally, Marvin Palomo chef de cuisine at 7enoteca in Oakville, Ontario competing in the North America heat impressed with his signature dish, Dungeness Crab Chowanmushi, combining the flavours that resonated with his upbringing; “growing up as an immigrant in Canada. I wanted to highlight flavours I grew up eating but using local Canadian ingredients."

With its foamy head, the Clover Club cocktail is one of the most recognisable drinks. Find out how to prepare it and when it is best to serve it.
You may also like
Article
Everything you need to know about beetroots
Article
15 smoothie recipes that get everything right
Article
Valentine's Day 2023: Say it with a gourmet gift
Article
The Bear Season 2: Here’s what we know
S.Pellegrino Young Chef Academy

Anne-Sophie Pic: "Talent is a Form of Risk-Taking"