During the recent FoodGraphia event in Milan dedicated to food photography, we were able to talk with him, first and foremost regarding Vucciria, the work (at the top of the page) being shown at the Milanese exhibition consisting of 187 Polaroid shots, which he was commissioned to produce in 1992 with the intent of celebrating all that Sicily has to offer, in terms of beauty and fine flavors.

Como-born, Galimberti has now lived and worked in Milan for many years. In 1991 he started to collaborate with Polaroid Italia, and soon become their official testimonial. Three years later he published a book entitled Polaroid Pro Art while perfecting his mosaic technique, which he initially used to create portraits before extending it to landscapes, buildings, and cities. This technique was destined to become his recognizable trademark.

During this interview, Galimberti reveals his personal opinions on food photography, a field in which he has occasionally had the chance to work: apart from Vucciria and the Emmental project, he has also collaborated with chef Davide Oldani and contributed to the book entitled Provincia vo cercando.

Let’s start from Vucciria, your food-inspired work on display at FoodGraphia: what can you tell us about it?
Vucciria is a work I completed in ’92, inspired by Renato Guttuso’s eponymous painting depicting the famous market in Palermo: while he used a paint medium, I set out to depict this reality using photography. Unlike cosmic explosions or the use of fragmentation to create a new image, poised somewhere between Futurism and the Dadaism of Marcel Duchamp, which generally define my work, here I can describe it as a collage of different moments. It is a universe illustrated in details. It is a photographic expression of synthesis and subtraction. Men, people, places, animals, food. Speaking of this work, the Italian poet Ignazio Buttitta said that “people’s souls are in it.” 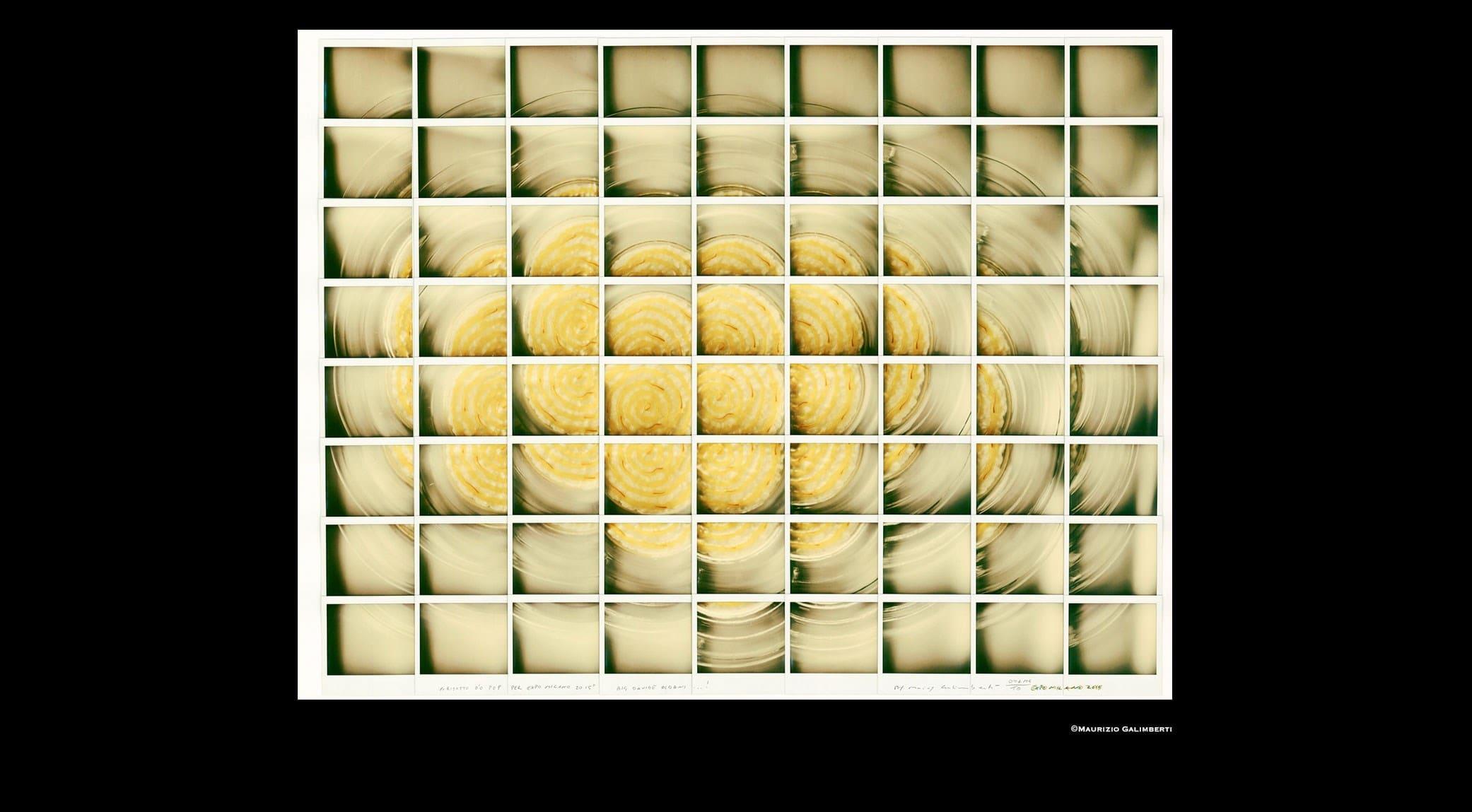 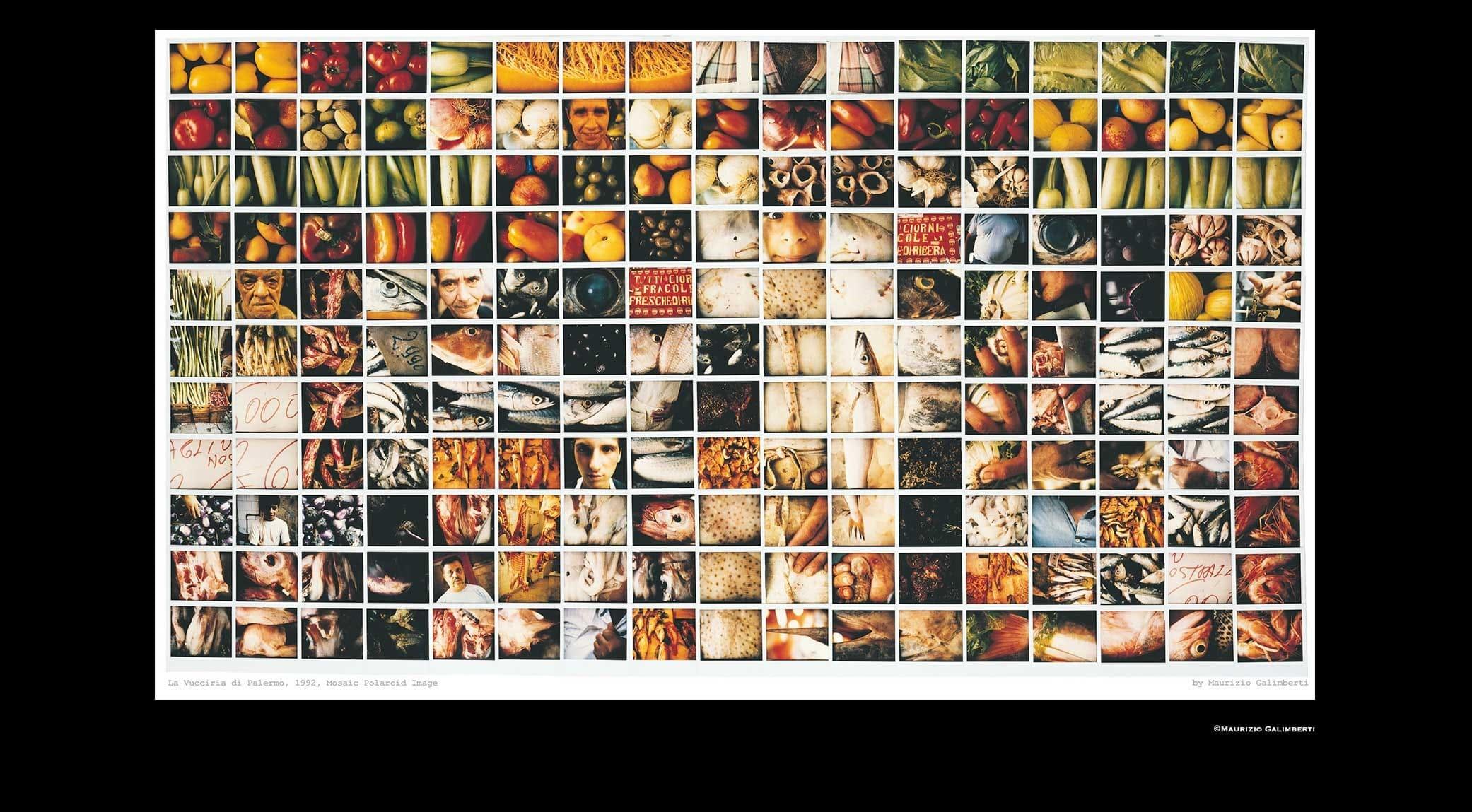 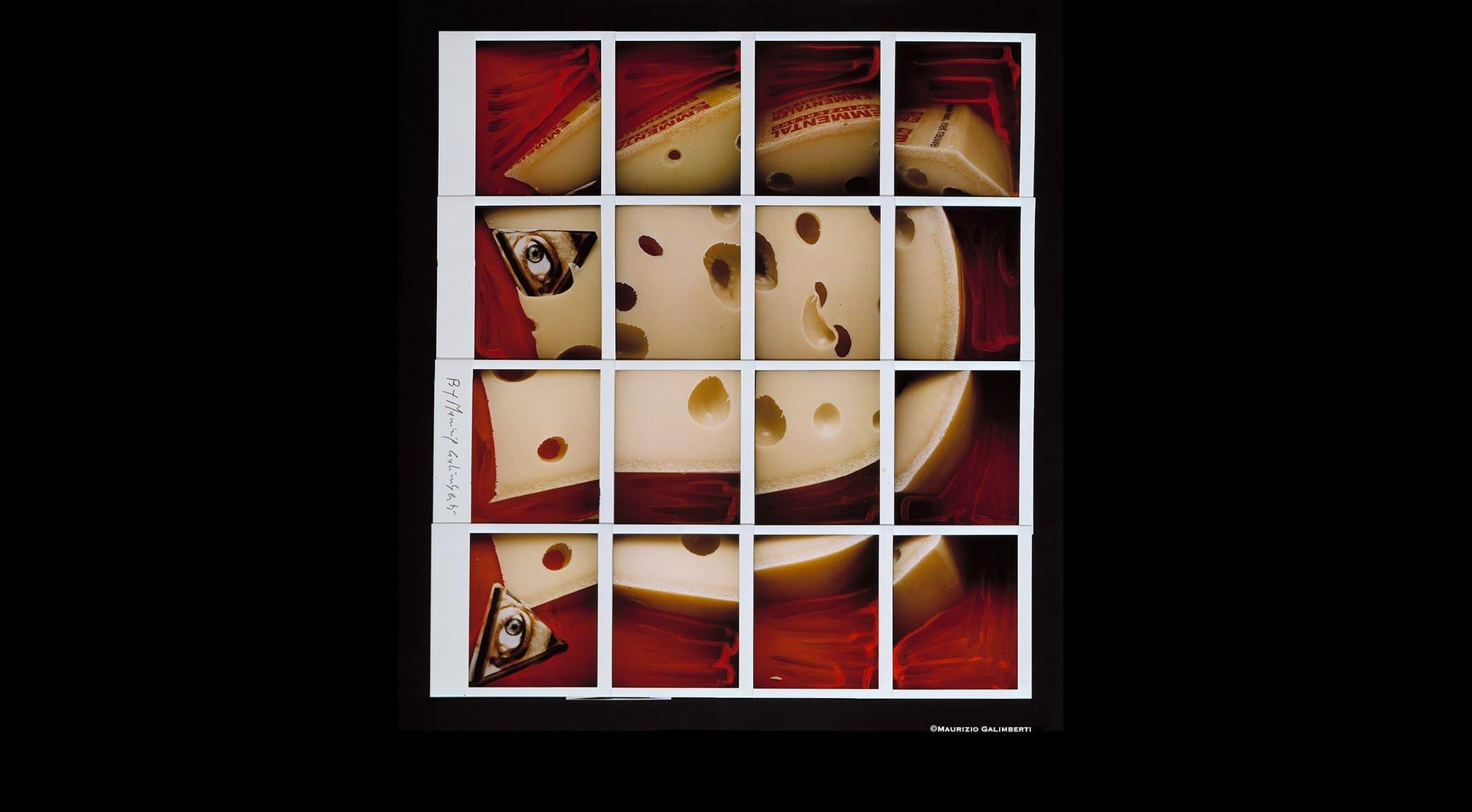 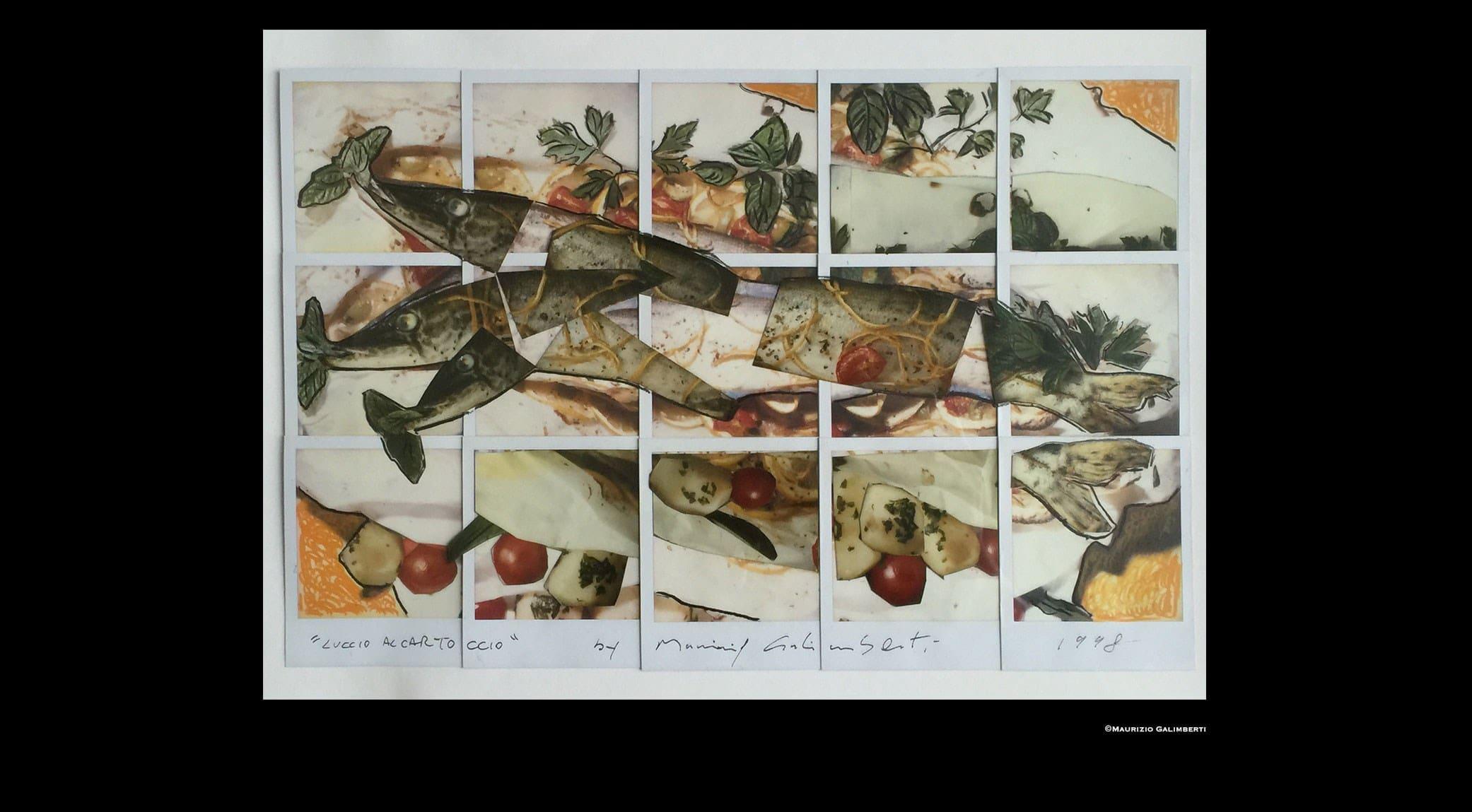 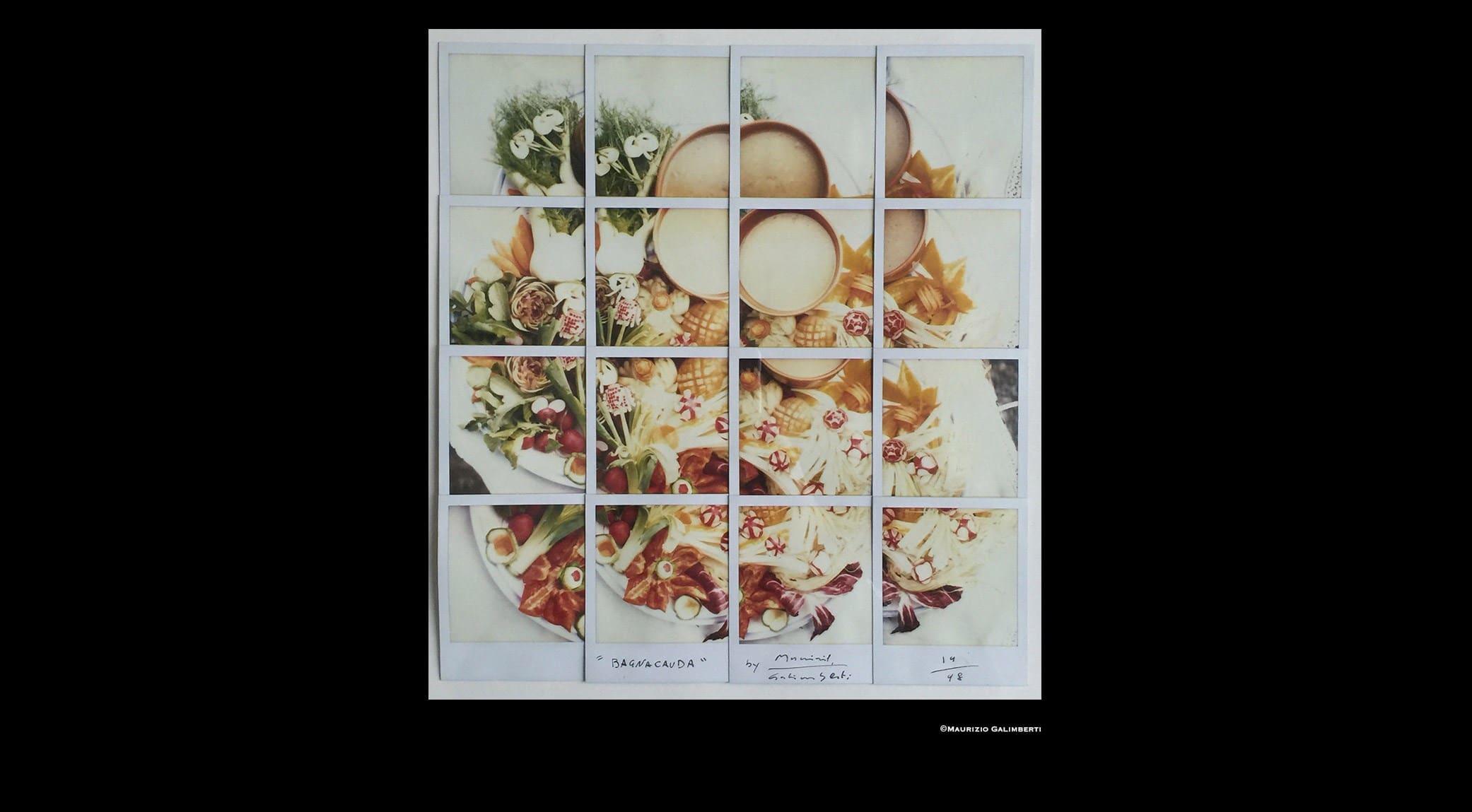 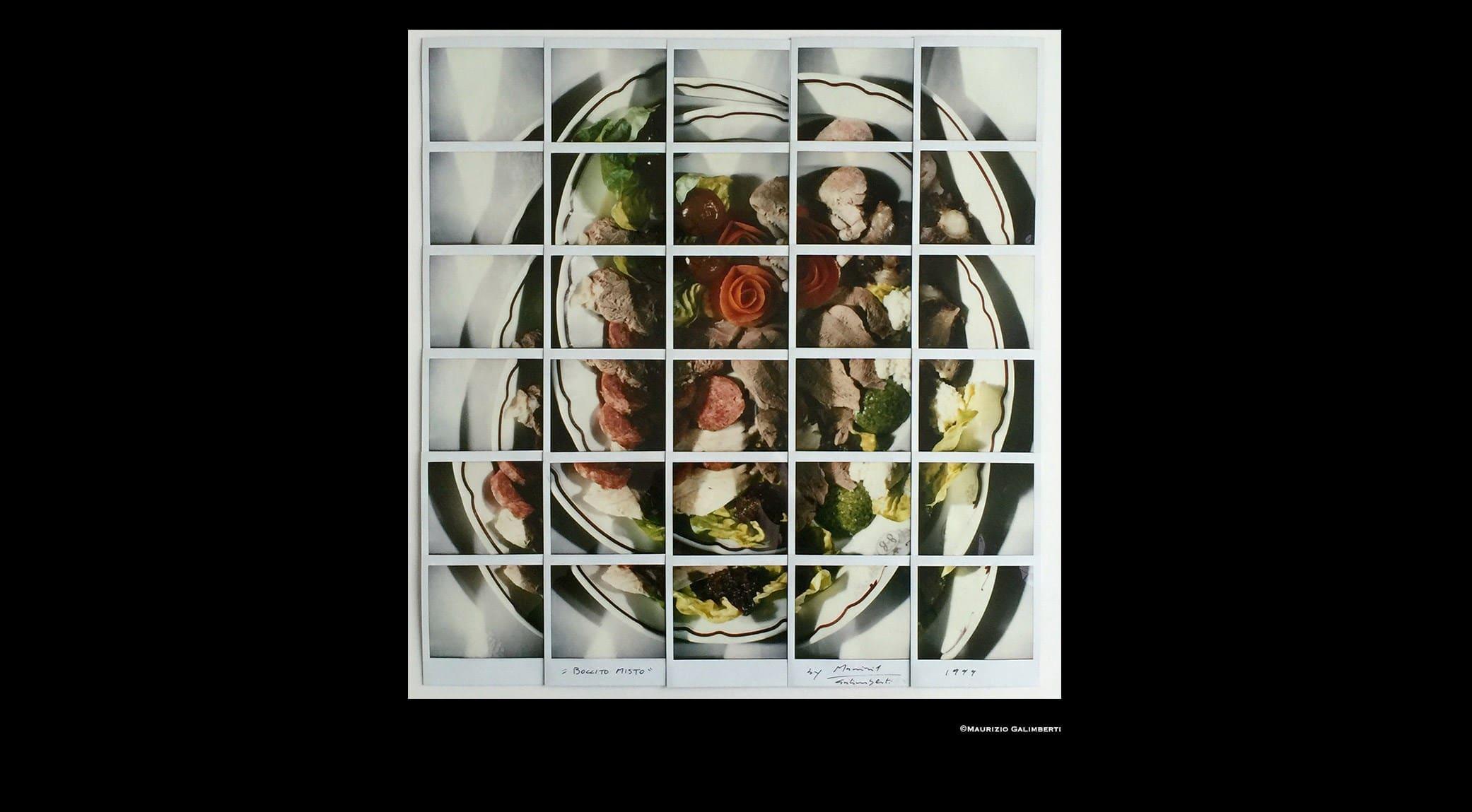 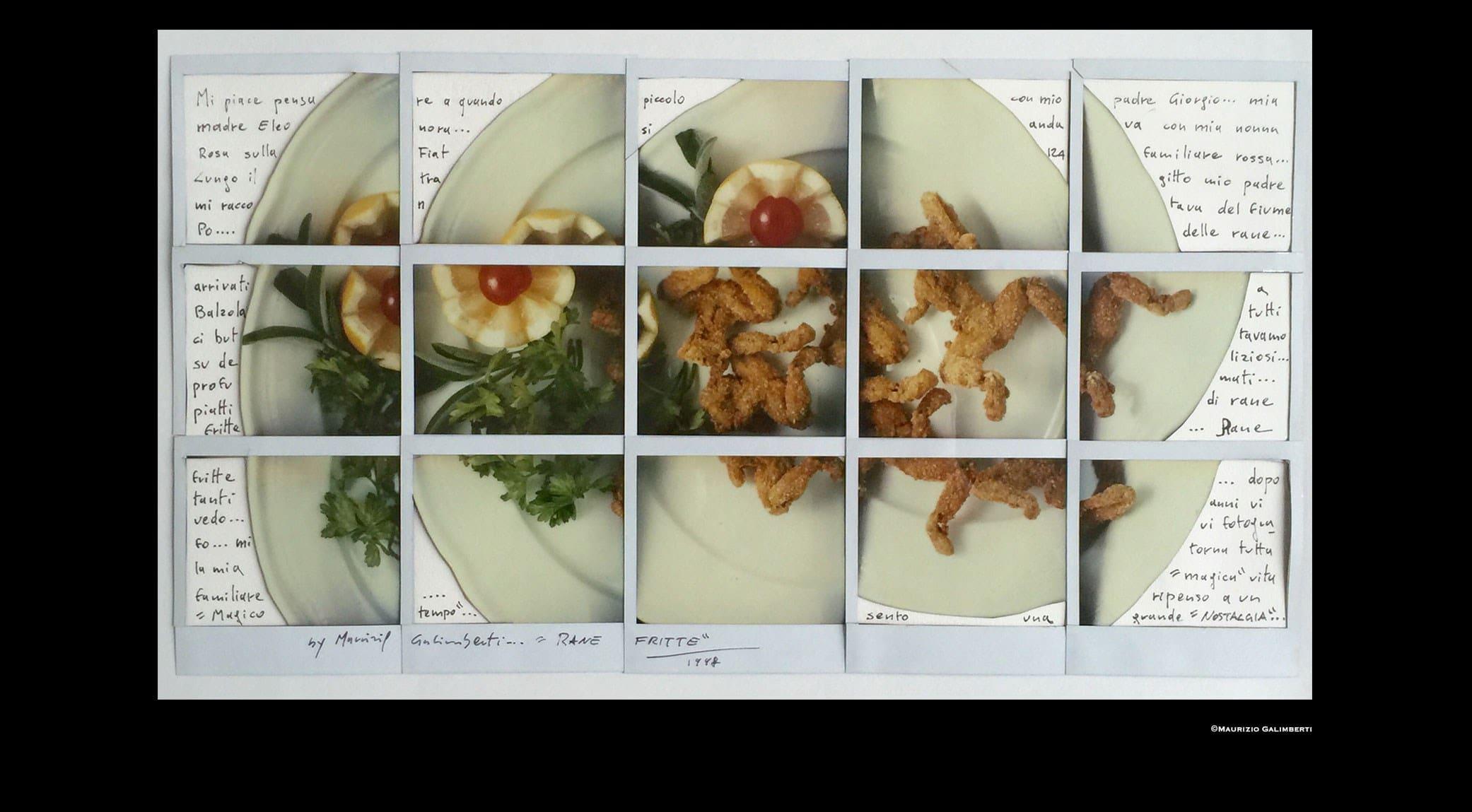 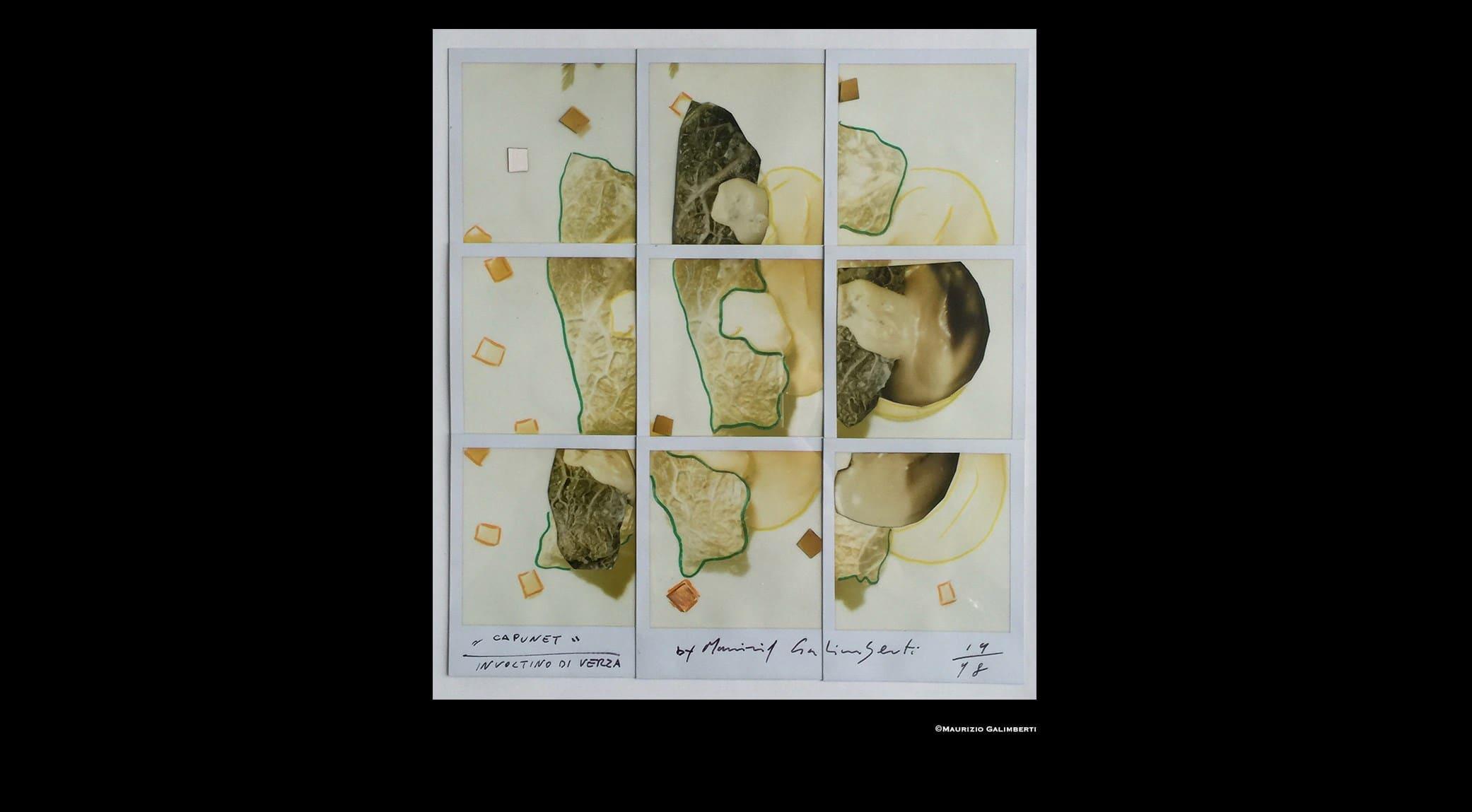 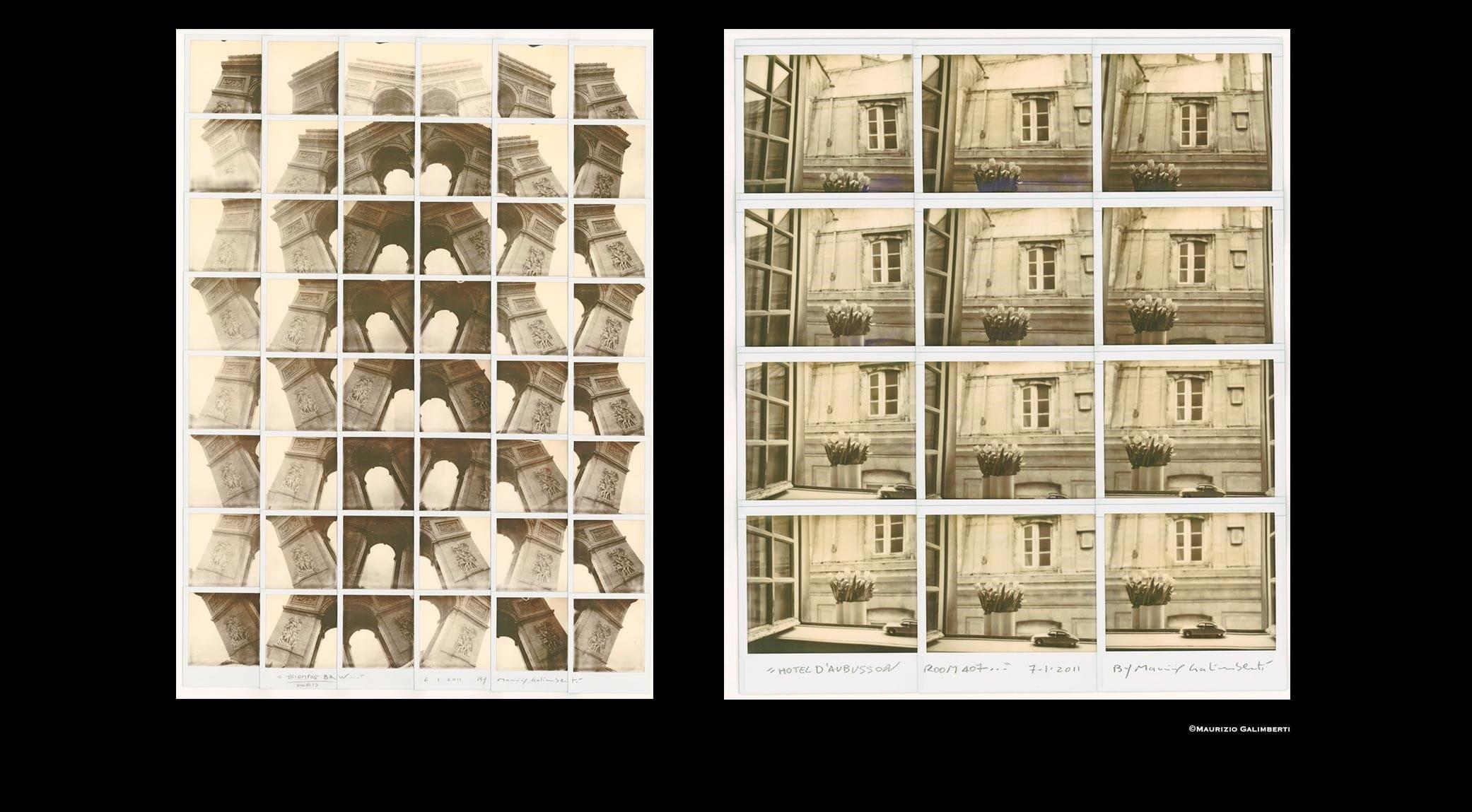 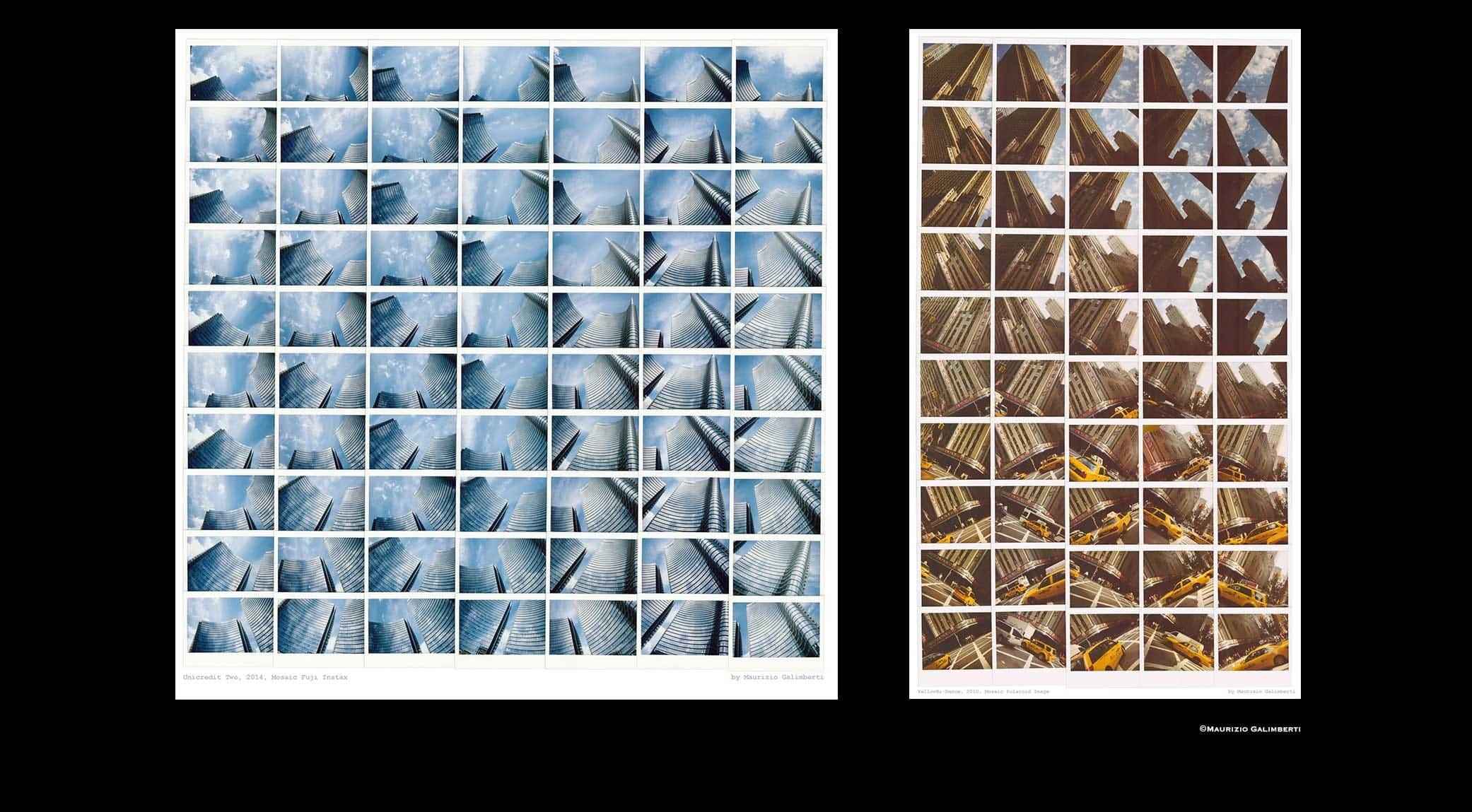 In the past, we featured another work of yours associated with food, Emmental: how would you define your relationship with food photography?
I interrelate with food as a consumer rather than a photographer. I usually prefer to photograph the city and I am rarely engaged in food photography projects: however, when I do work with food, I try to make it part of my own poetic vision. In ’98, I carried out a project with Gianni Giansanti entitled Provincia vo cercando, curated by Grazia Neri, whose aim was to describe the Italian province of Alessandria also through its traditional dishes: this is a poetic work. I also photographed the famous Milanese-style risotto with saffron (Zafferano e riso alla milanese D’O) signed by chef Davide Oldani who is a great friend of mine: the dish was a pretext for me to put a particular design concept into practice.

Is there any project or Italian food photographer that has caught your eye or aroused your interest?
In food photography, there is generally a great deal of minimalism but not much pathos: no Italian photographer has surfed the wave of successful chefs, leaving an indelible mark as an author in the ambit of food. Conversely, this is exactly what celebrity chefs have managed to achieve. I have seen some interesting photographs of Massimo Bottura’s dishes by Per-Anders Jorgensen and Thomas Ruhl, as well as some photo shoots of the restaurant Le Calandre in Rubano, near Padua (chef Massimiliano Alajmo's 3-Michelin starred restaurant) by Brazilian photographer Sergio Coimbra, but I cannot say I know of many photographers with a huge personality who have made a lasting impression on me.

What is the biggest challenge to address when photographing food?
That of being myself, and deploying my project developing skills with poetic lightness. What counts most is to deliver a personal interpretation by going beyond the aesthetic appeal of the dish. I personally handle food in the same way as a cosmic concept. I enjoyed enlarging Oldani’s dish and enhancing it with my use of fragmentation: my mosaic endows it with meaning and pathos. It is a dish steeped in love, one the chef strongly identifies with, even when broken up into fragments.

Do you have any more food photography projects in the pipeline?
No, nothing in the way of food. What I like to photograph most are cities. Then, in the evening, I eat out in places where they serve generous helpings!

And what about new exhibitions or books?
Next 9 February, a group exhibition dedicated to artist and painter Mimmo Rotella will be inaugurated in Milan at the Dada East gallery. Then, in March, during the Mia Photo Fair held in Milan, a book entitled Parigi will be launched to celebrate 20 years of Paris-inspired photography. Besides this, I am working on an editorial project about New York.

Why Waste? is back.
You may also like
Article
The Producers: Meet the CEO of a 'Five-Star Hotel' for Cows
Article
Local Hidden Gems Rule in TripAdvisor's Travelers' Choice Awards 2022
Article
Ikoyi to Move to New London Location
Article
Michelin Guide Athens 2022: See the Stars
Food Photography