Altrove (meaning 'Elsewhere') is a photographic documentary project by the Italian artist-photographer Alexis Ftakas, who was born in Bologna in 1989, albeit of Greek origins. Ftakas has chosen to focus on foreign food stores in Milano – the fourth city in Europe for the number of immigrants it hosts, about 258,000 – where migrant communities buy the typical foodstuffs of their home countries every day.

Indeed, within migrant communities food represents a strong element of identity, in which personal and collective recollections mingle with tastes and aromas recalling their roots. Those leaving their homeland, whether for a brief spell or forever, always carry a little bit of nostalgia in their hearts: the food stores where these communities do their shopping, therefore, bridge the gap between the country of origin and that of adoption.

We asked Alexis Ftakas to talk to us about his project and explain how it was first conceived.

How did you first become interested in food and its relationship with migrant communities?
My works stem from an interest I nurture for the different cultures cohabiting in big cities, as well as in smaller towns, particularly for those aspects that are substantially common to all groups, but different in their form: food is an example of what I mean, since it is fundamental to human survival but has taken on quite different aspects according to where it has developed. A migrant is a person who lives poised between two worlds and two cultures, without ever entirely belonging to the one he has left or the one he has adopted. Food plays an important role in keeping people anchored to their own cultural identity. Food is a bridge interconnecting the two worlds the migrant belongs to. 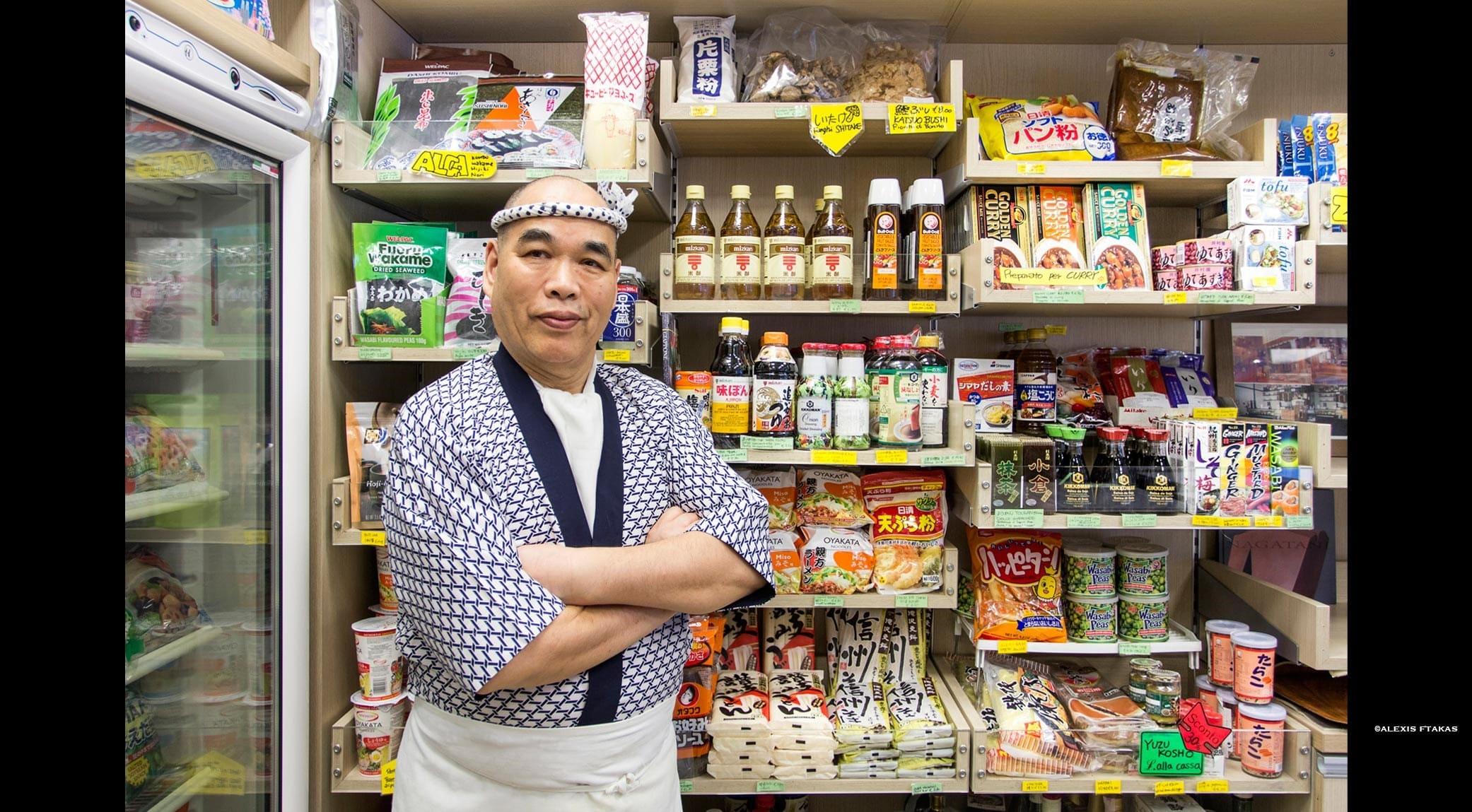 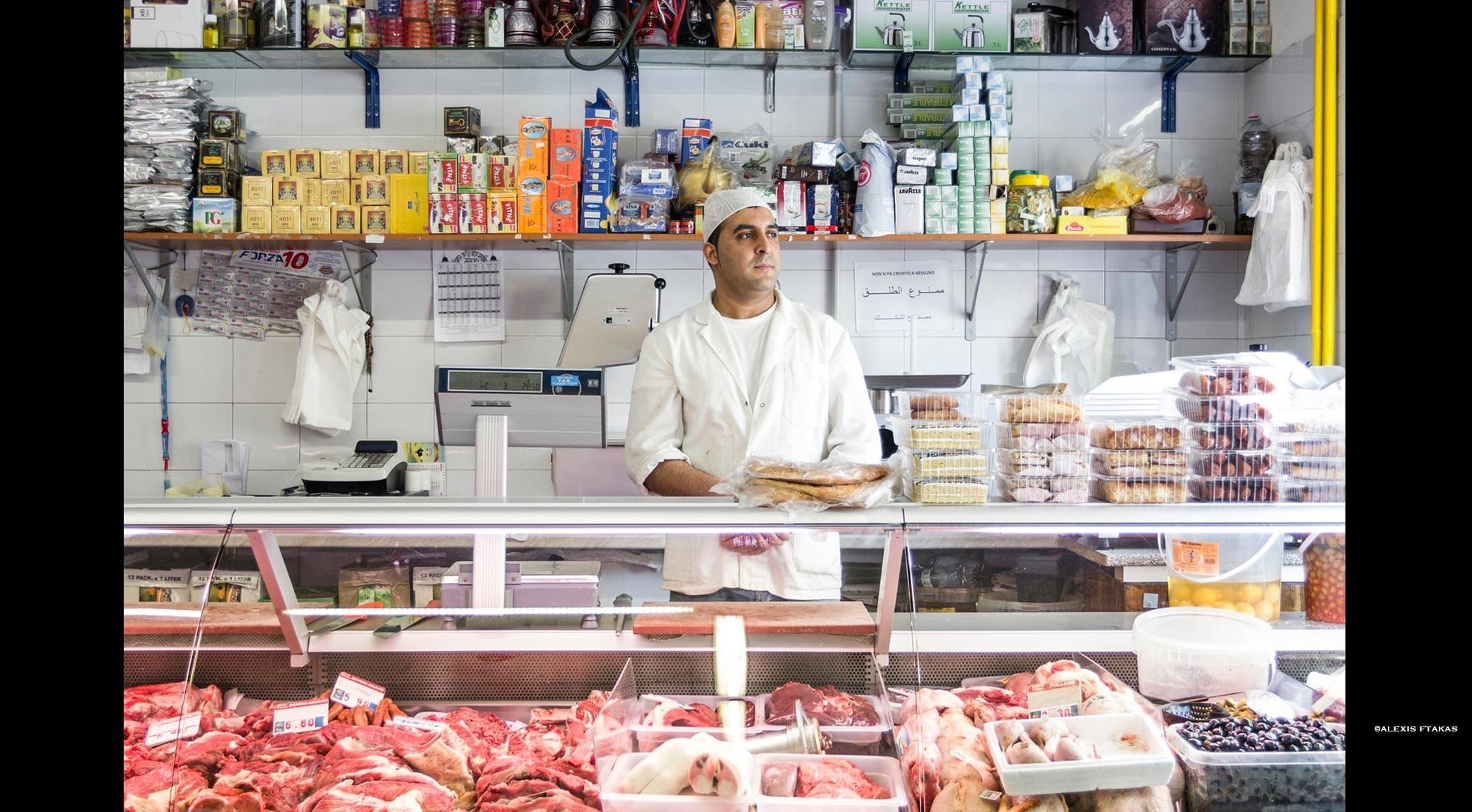 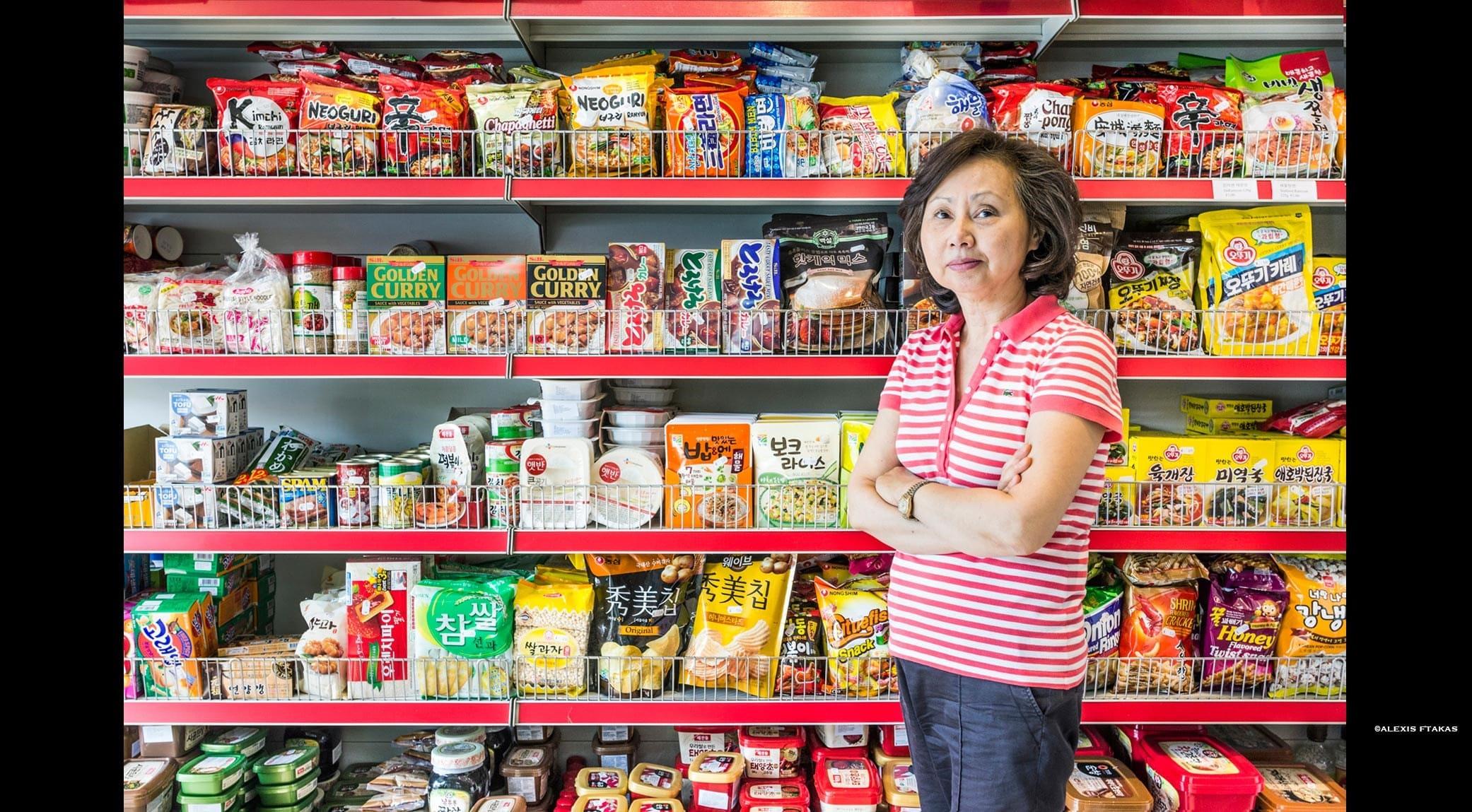 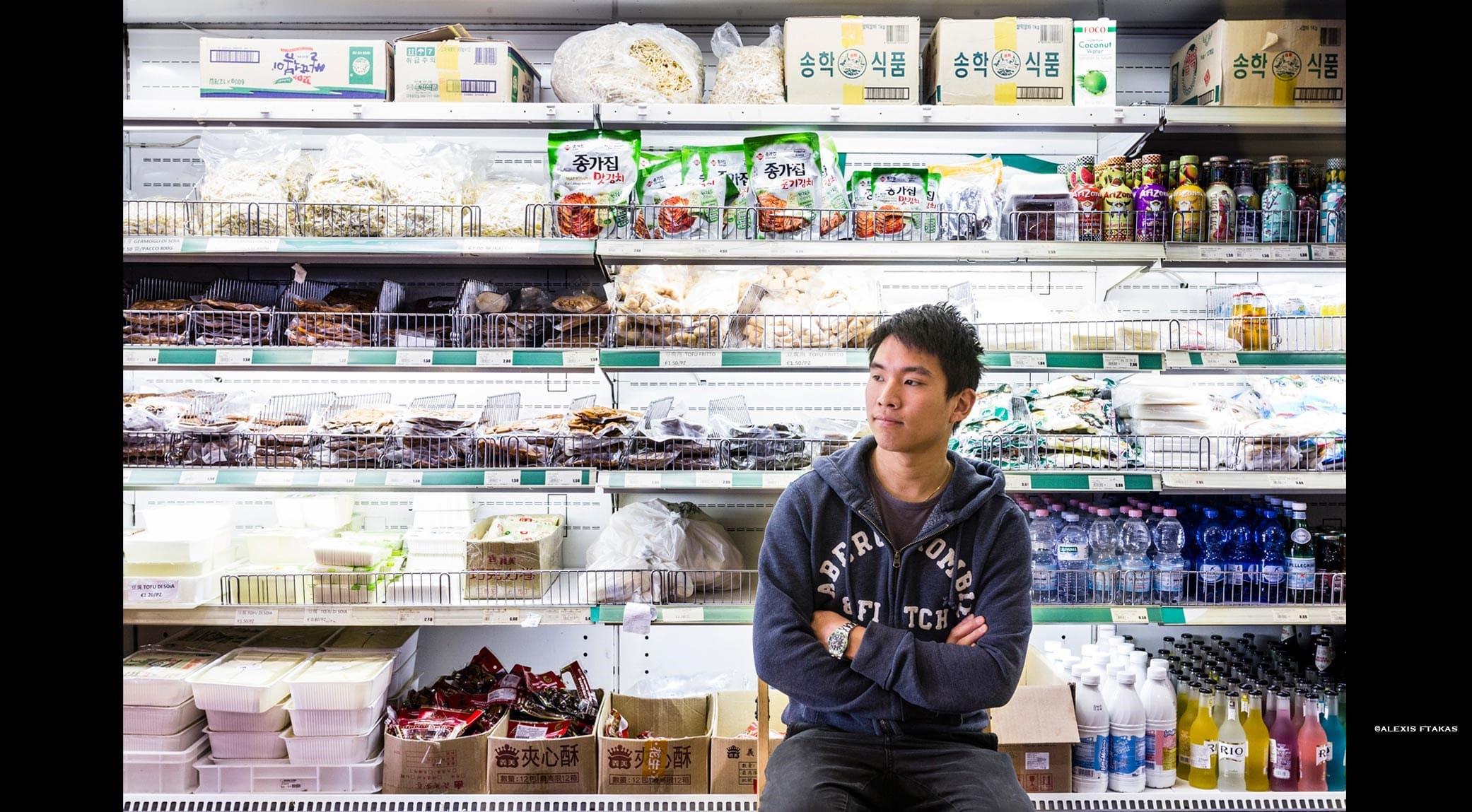 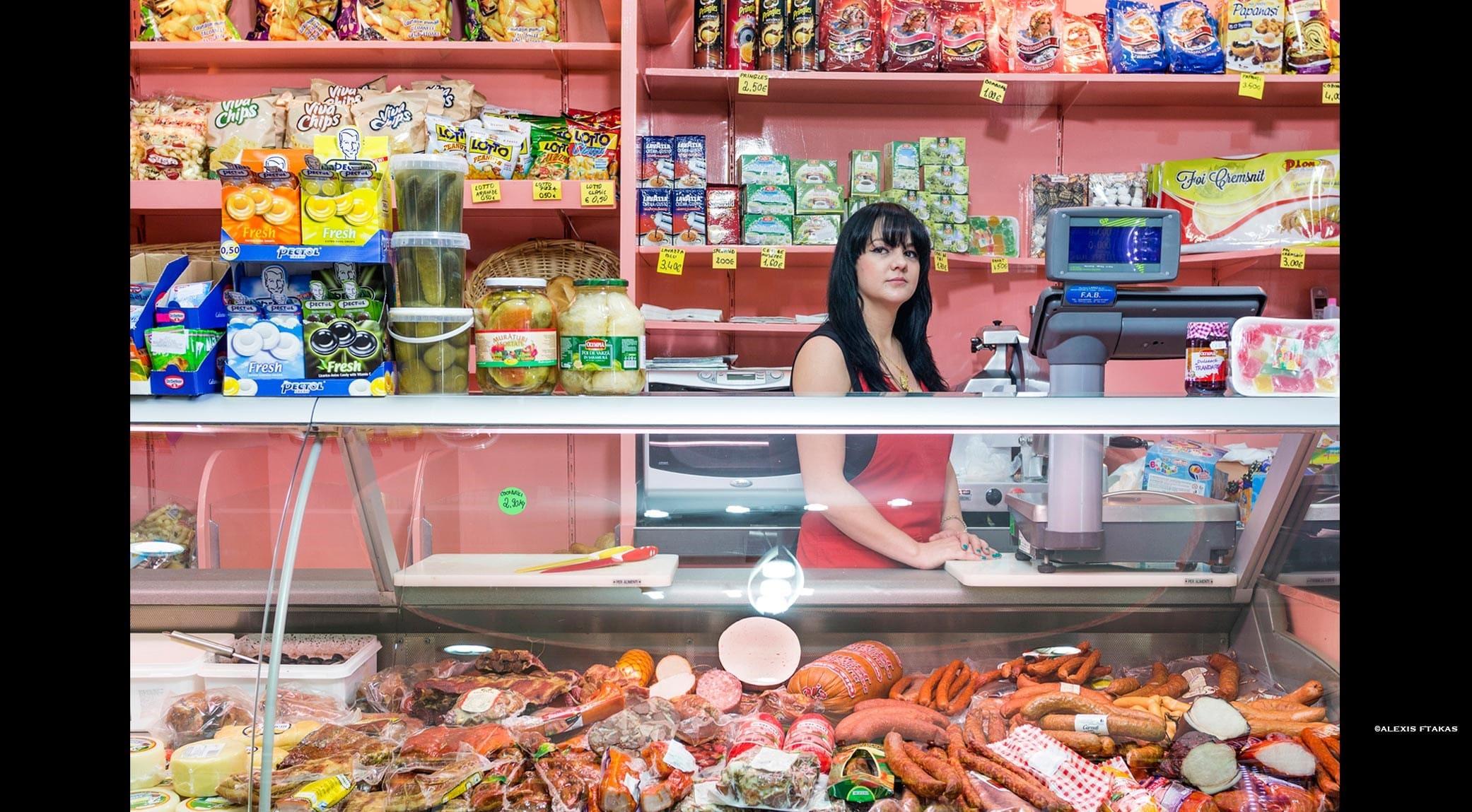 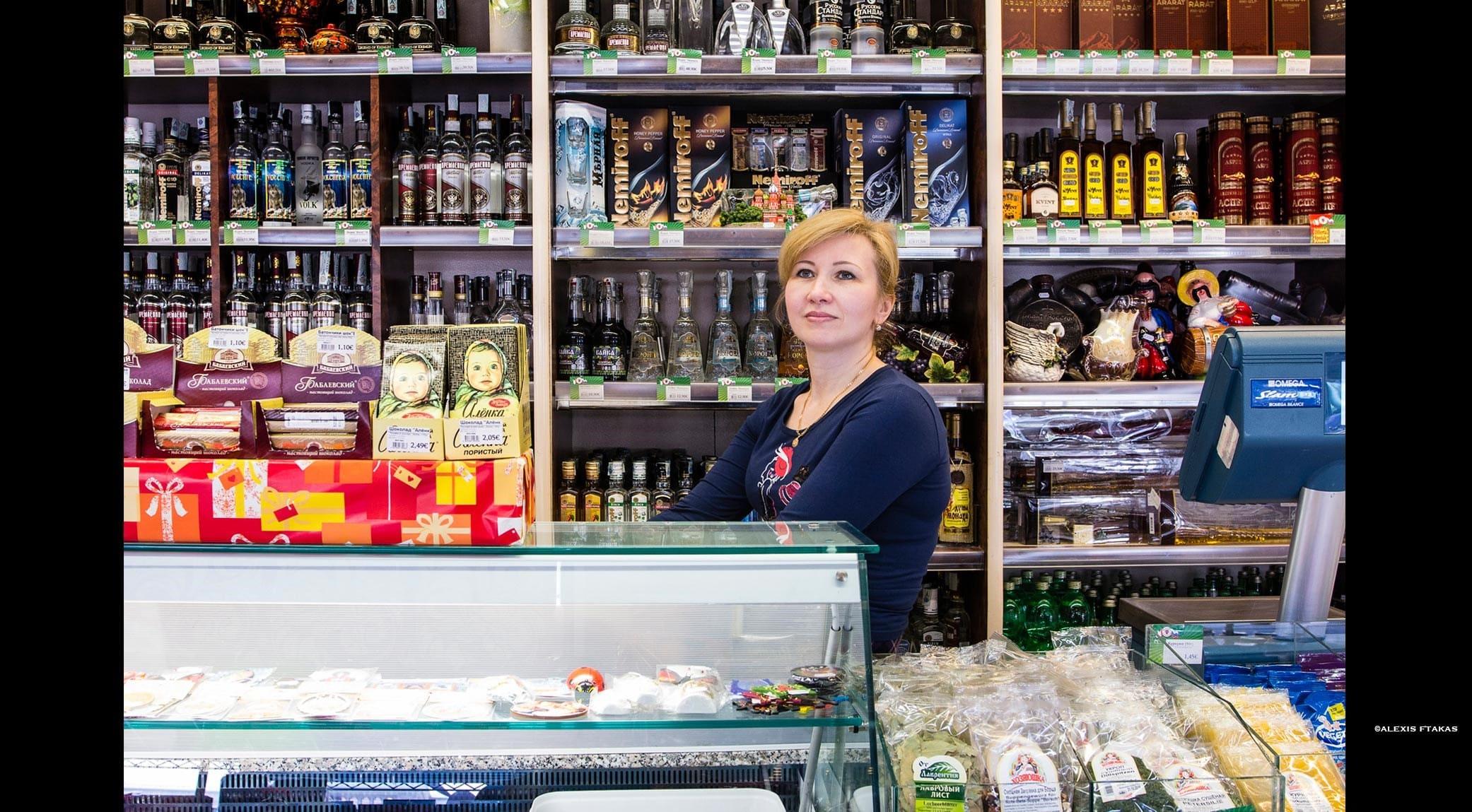 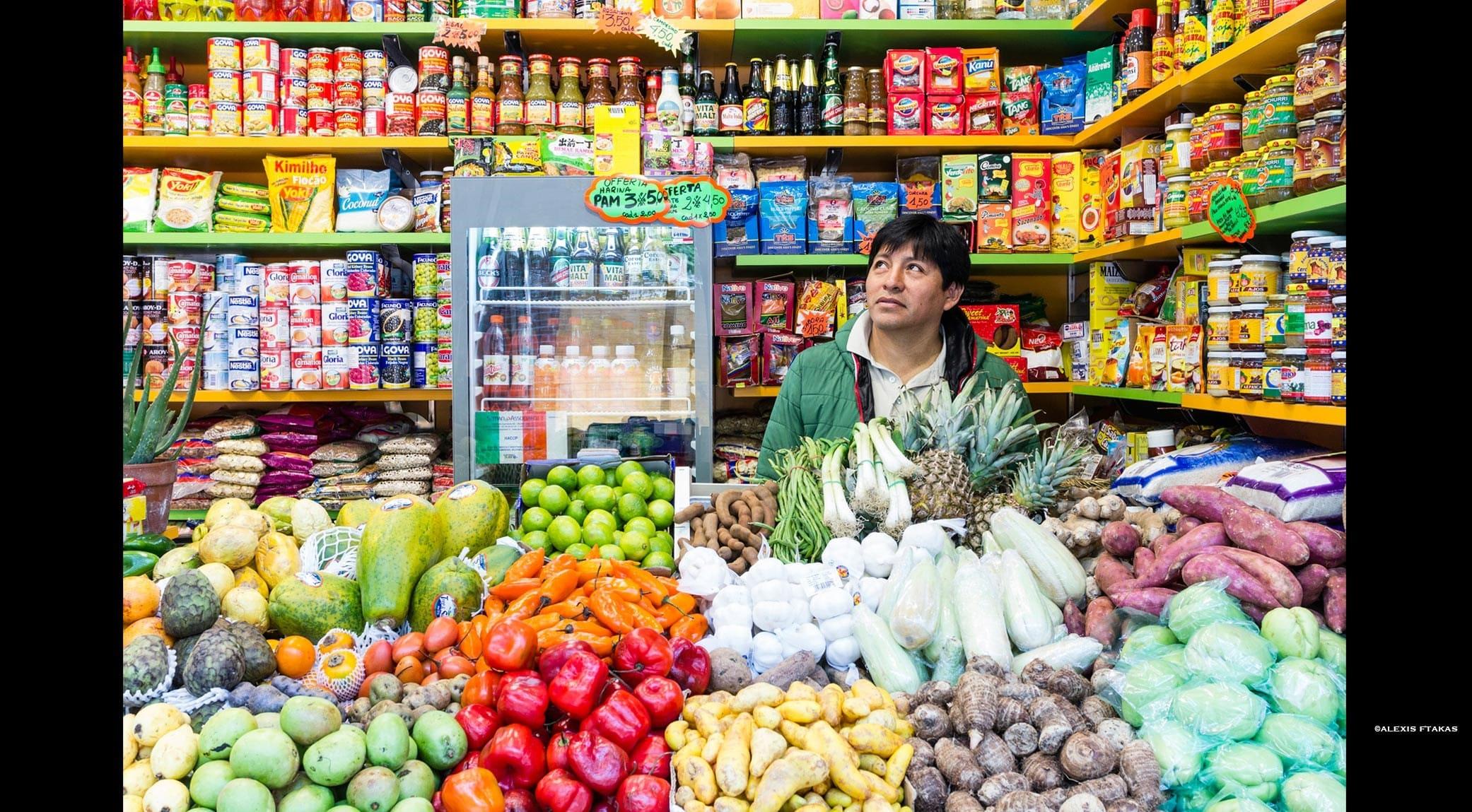 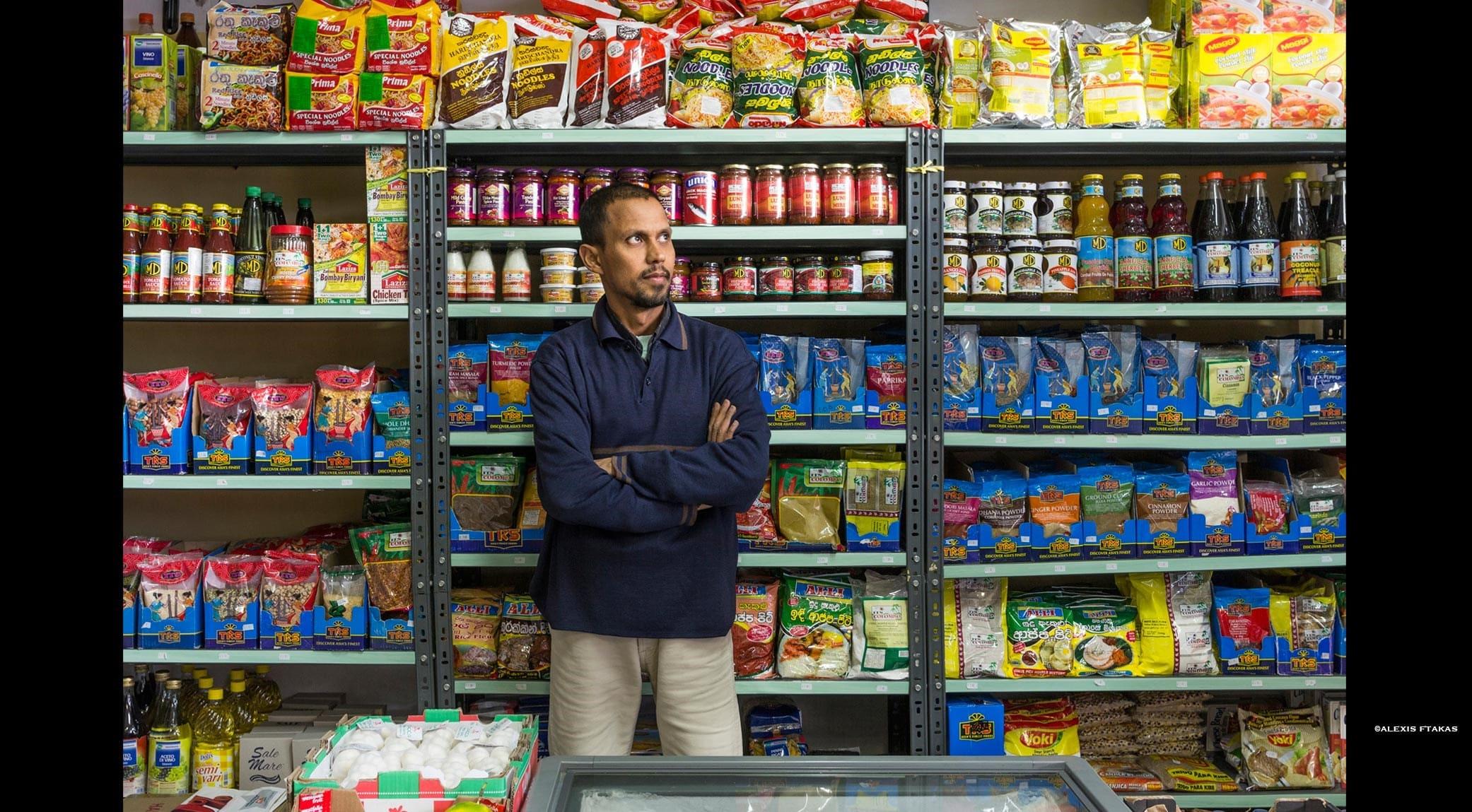 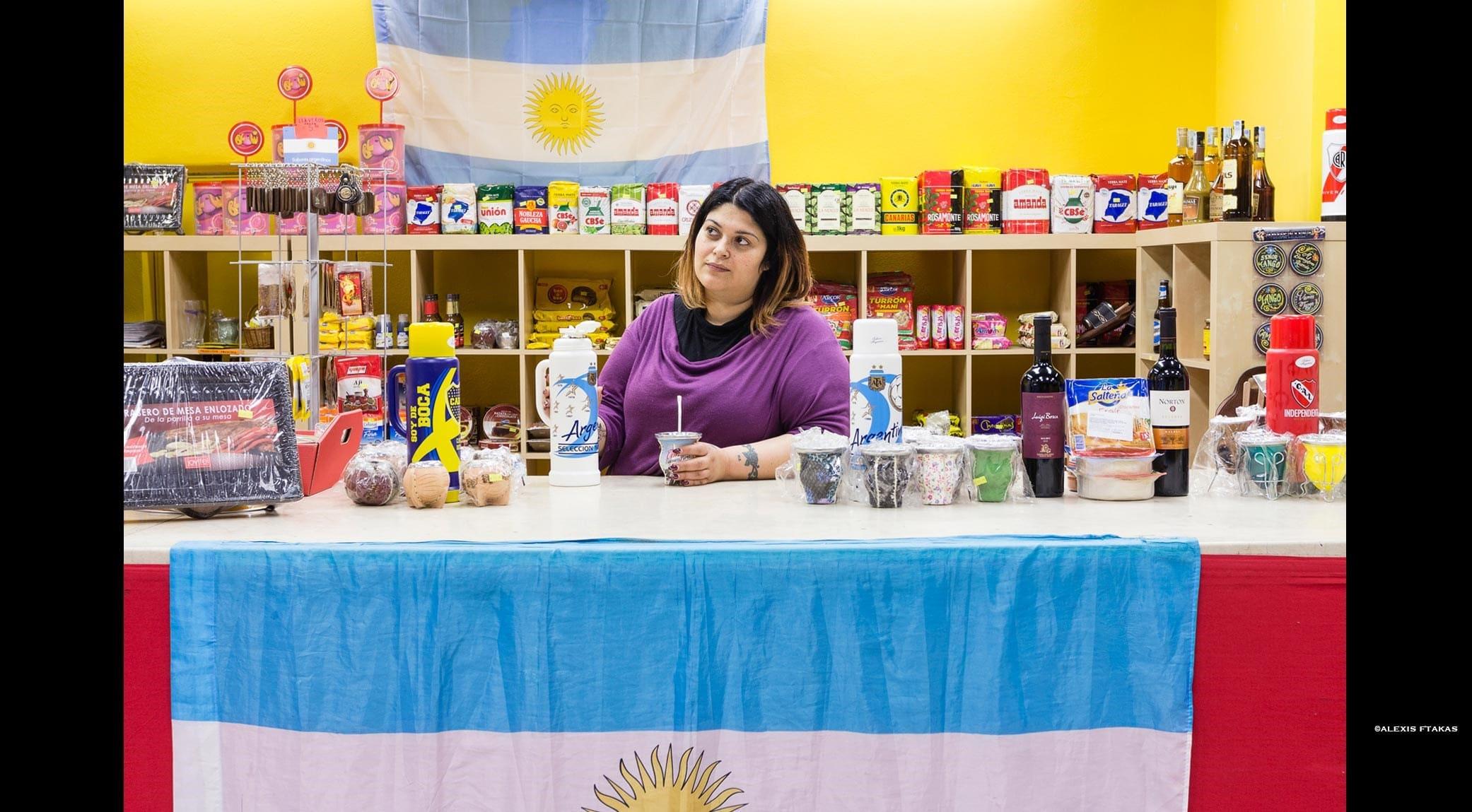 How have your Greek origins influenced your work?
My research into cultural identities is strongly influenced by my personal experience. In Italy, I have always been considered, largely in an affectionate manner, as Greek. Whenever I introduce myself, people ask me where I come from and, on hearing my answer "I'm Italian, but of Greek origin", they all go on to say "oh, so you were born in Greece?" I have always leveraged this factor to my own advantage and it has never been a burden to me, on the contrary, I have always been proud of it. In Greece, however, the opposite is true. Here I am the Italian cousin, the Italian nephew with a Greek father. I am in the middle and this existence in the middle has developed my curiosity towards what it means to "belong" to a culture. And, since photography is my research tool, this is evidently reflected in my work.

On the subject of your personal relationship with food, what is the earliest flavor you remember and why?
As a child, I was lucky enough to travel a lot and so I associate my childhood with granny's tagliatelle and meat sauce, as well as curried rice, Greek baklava and the typical piadina of Romagna. Well, let's say it is a fusion of the cuisine of Emilia Romagna (I was born and raised in Bologna) and Eastern fare!

How many types of mozzarella are there? Find out more about all types of fresh mozzarella and the best way to use them in the kitchen.
You may also like
Article
Six Best Summer Pasta Salads
Article
50 Top Pizza Asia-Pacific 2022: See the Full List
Article
Reinventing Chianti Classico at Tenuta Casenuove
Article
Seven Food Books for Summer 2022
Food Photography