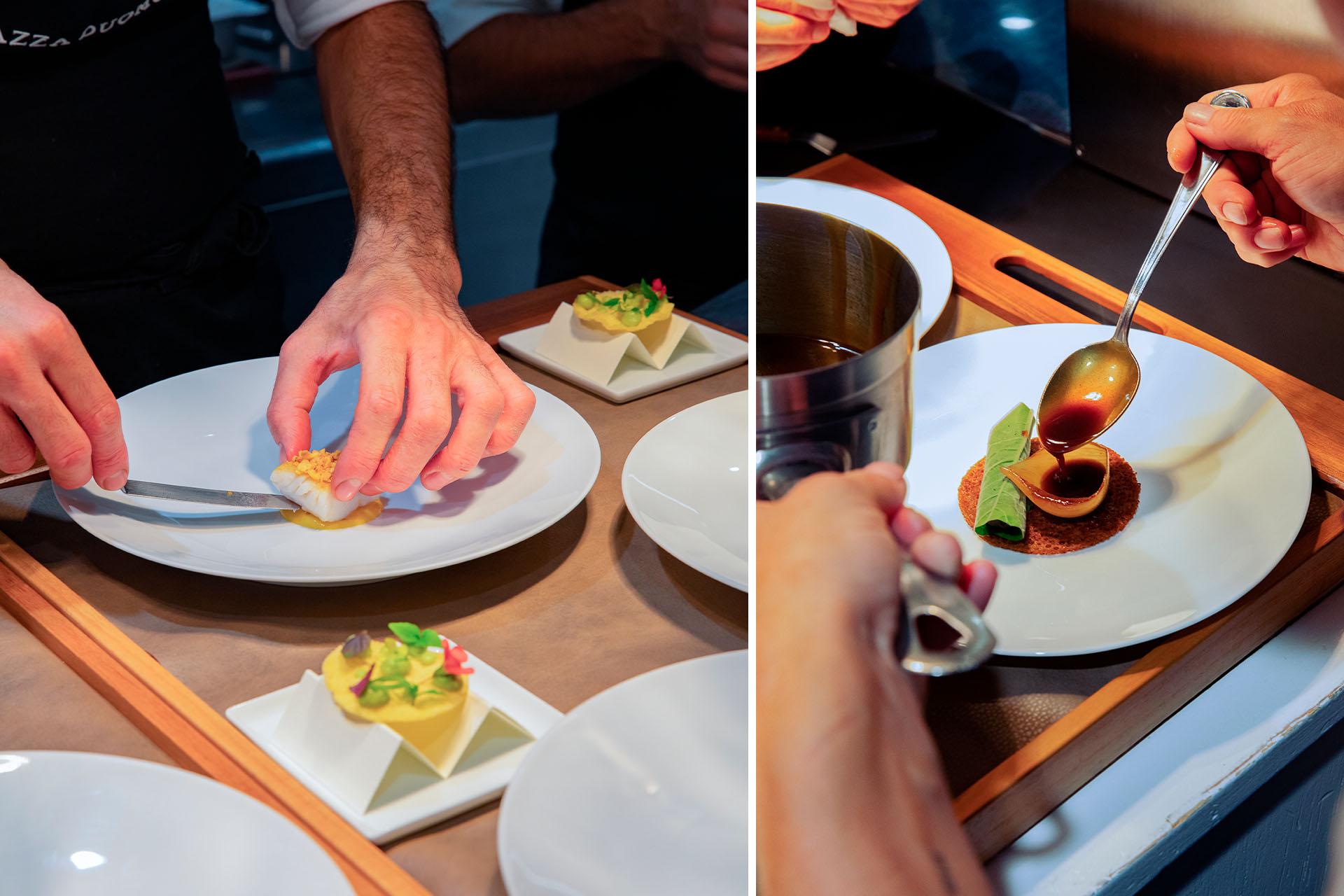 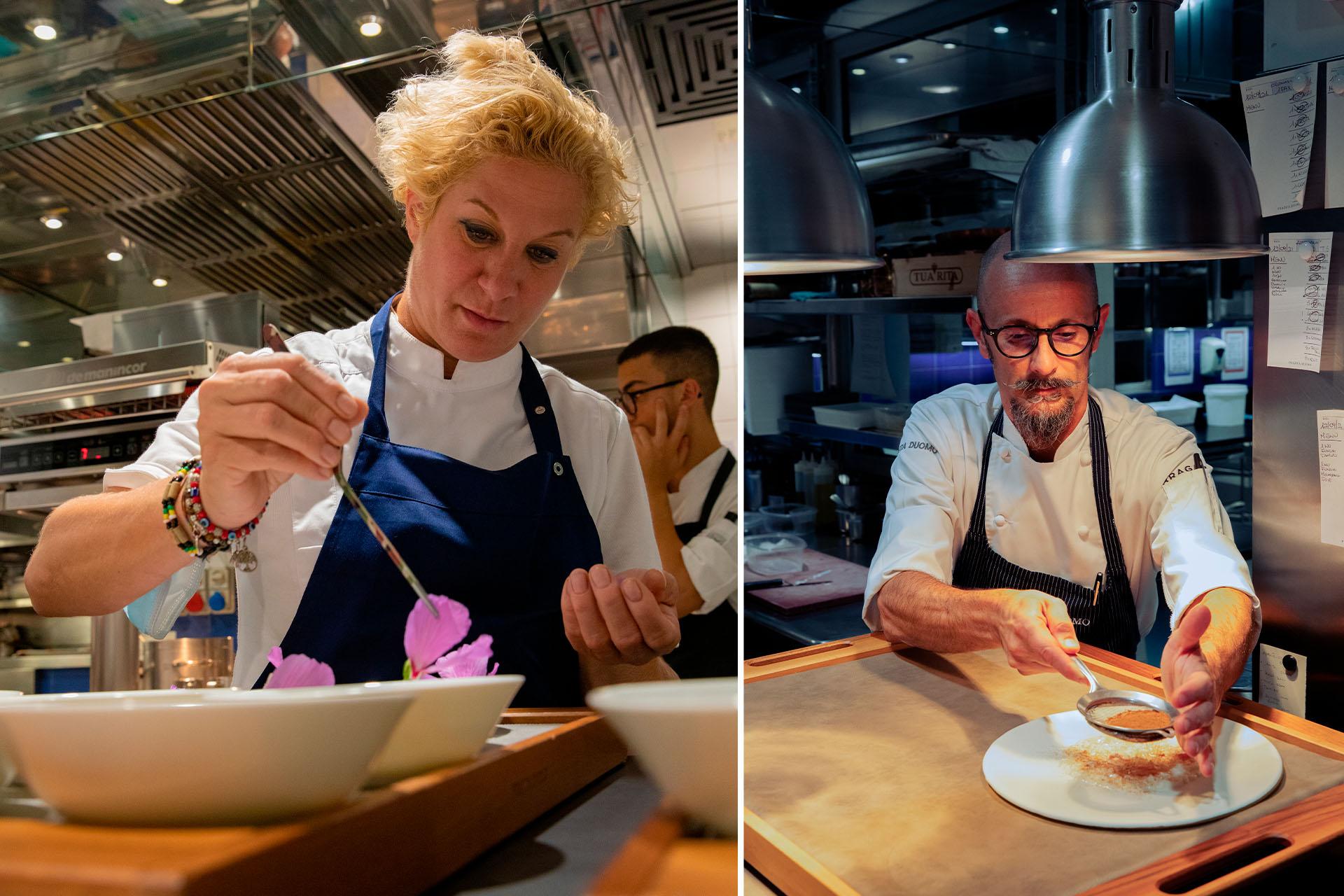 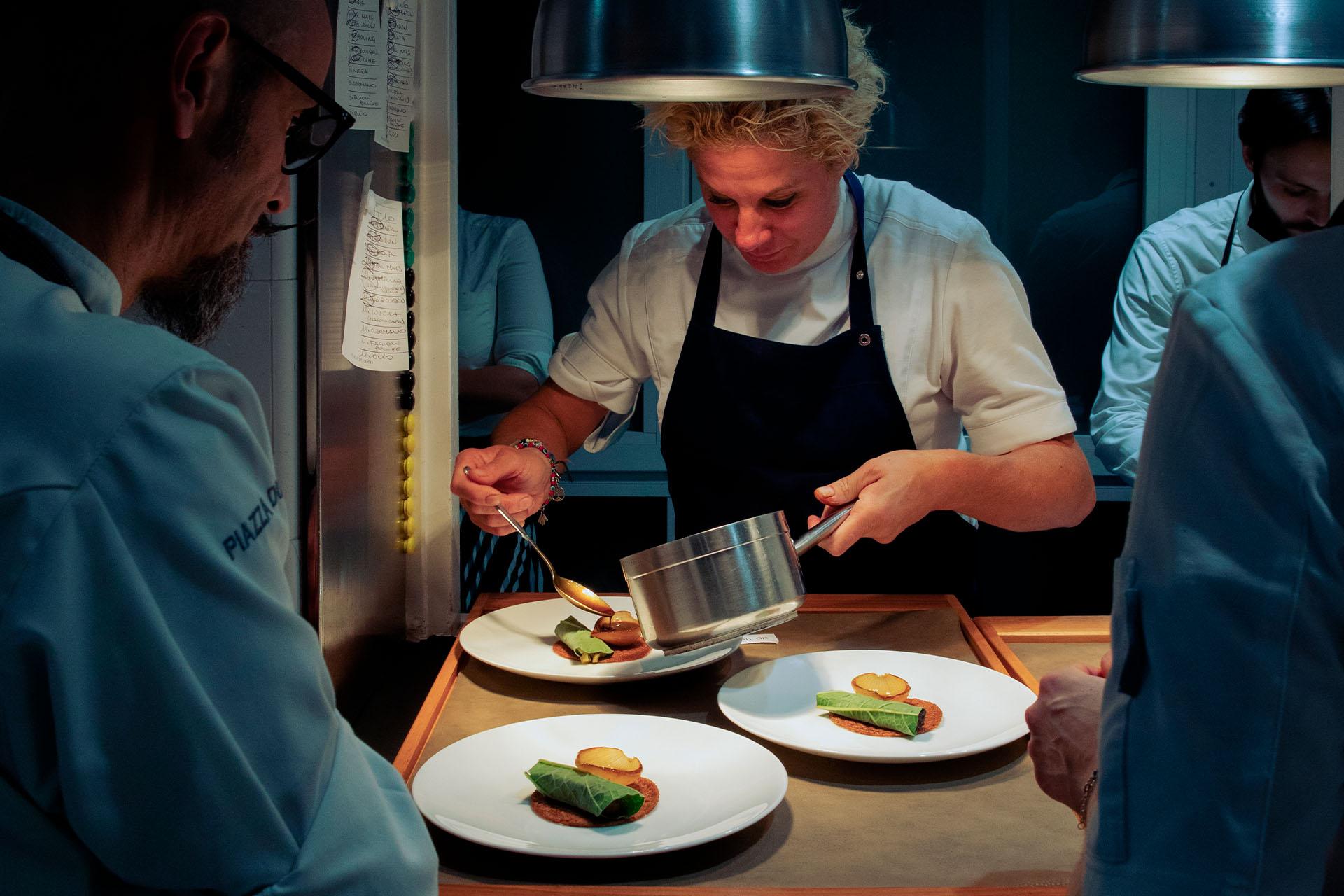 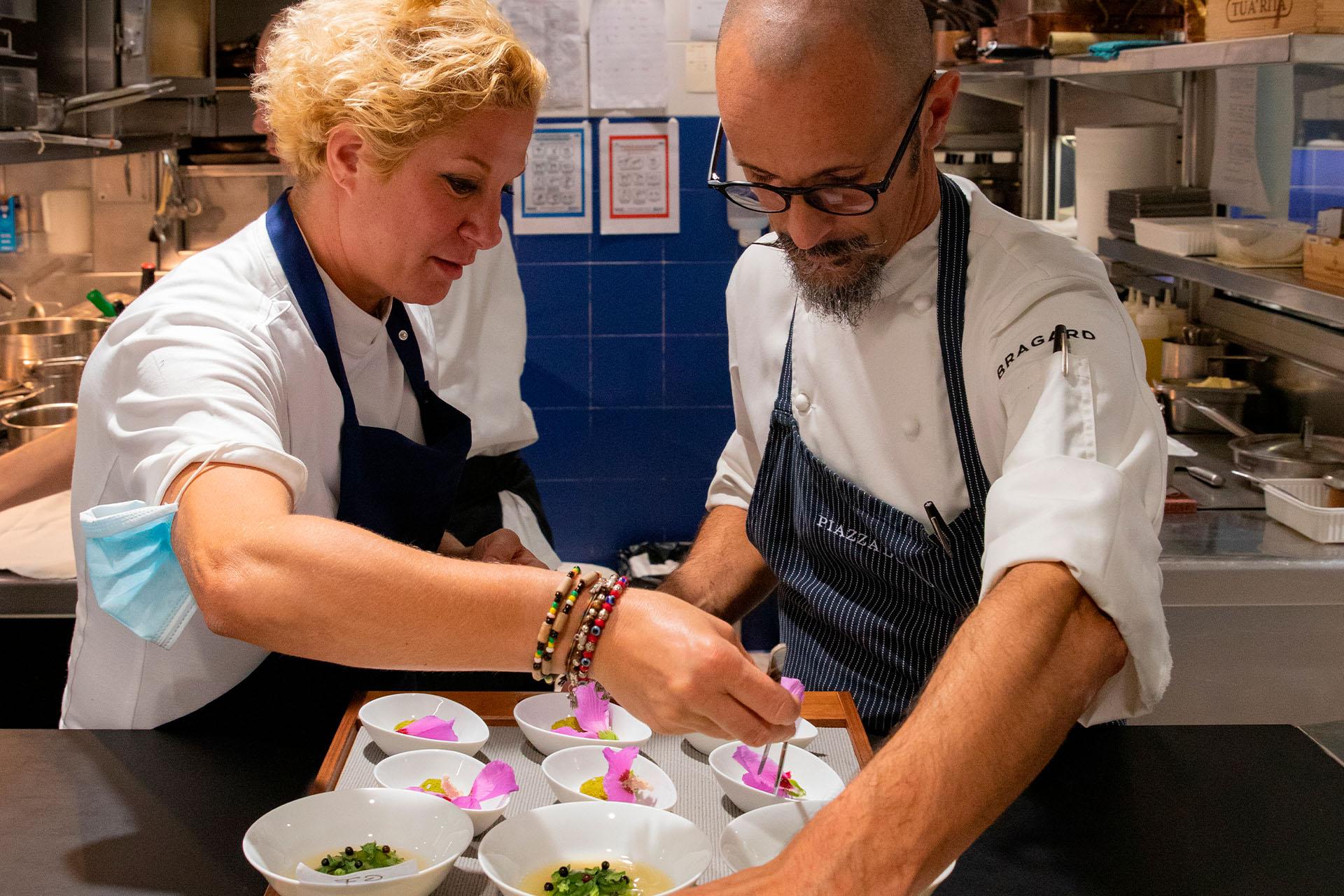 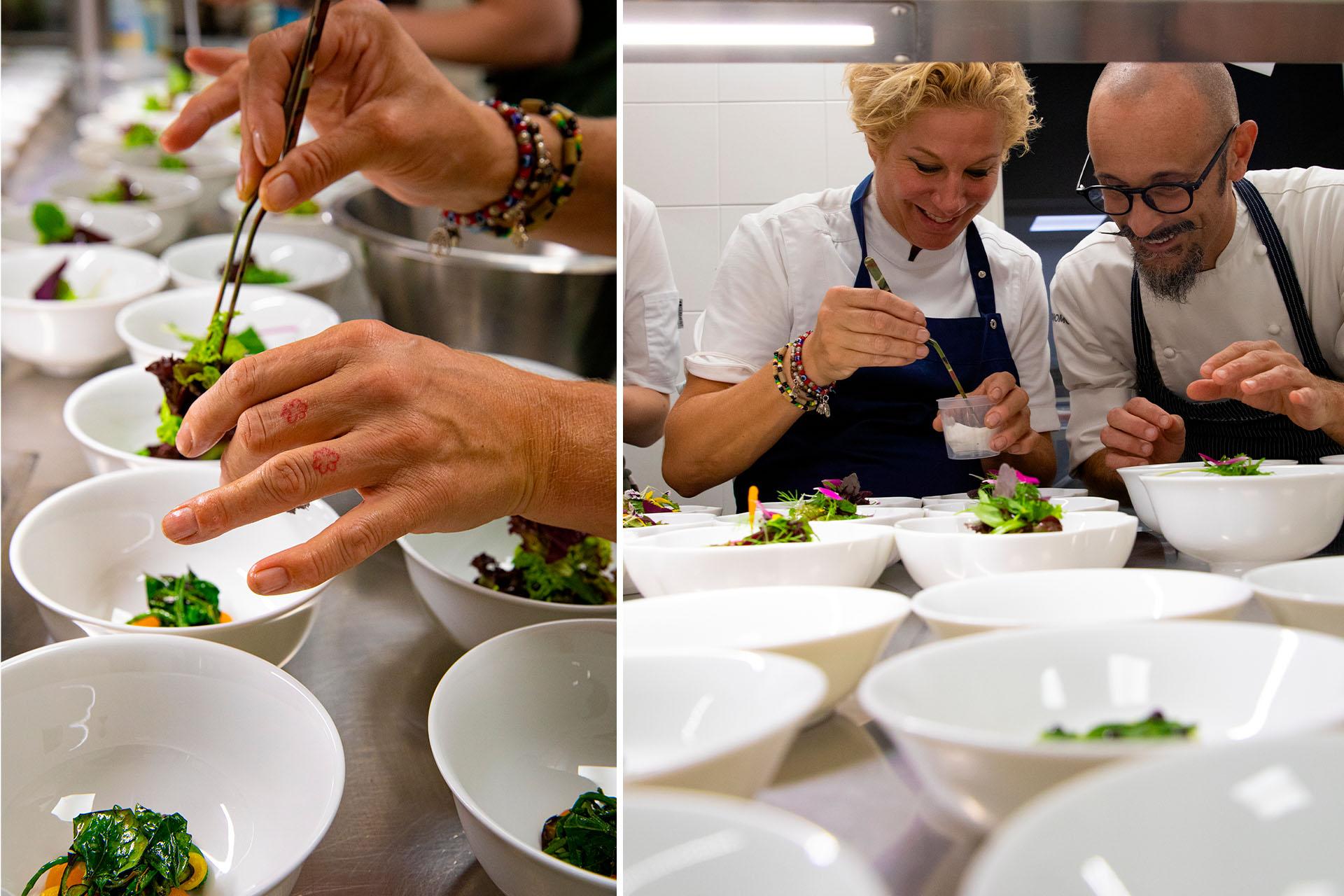 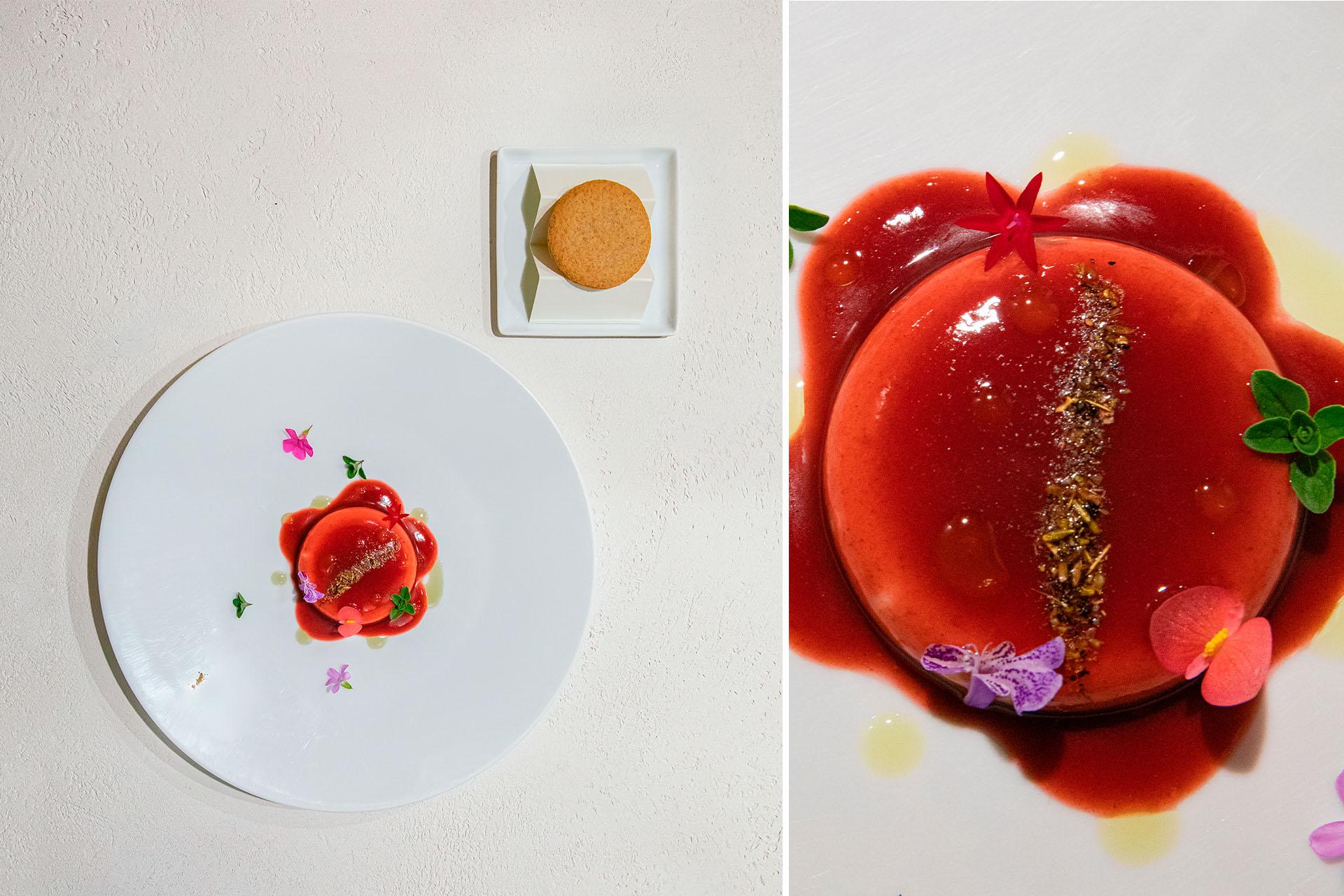 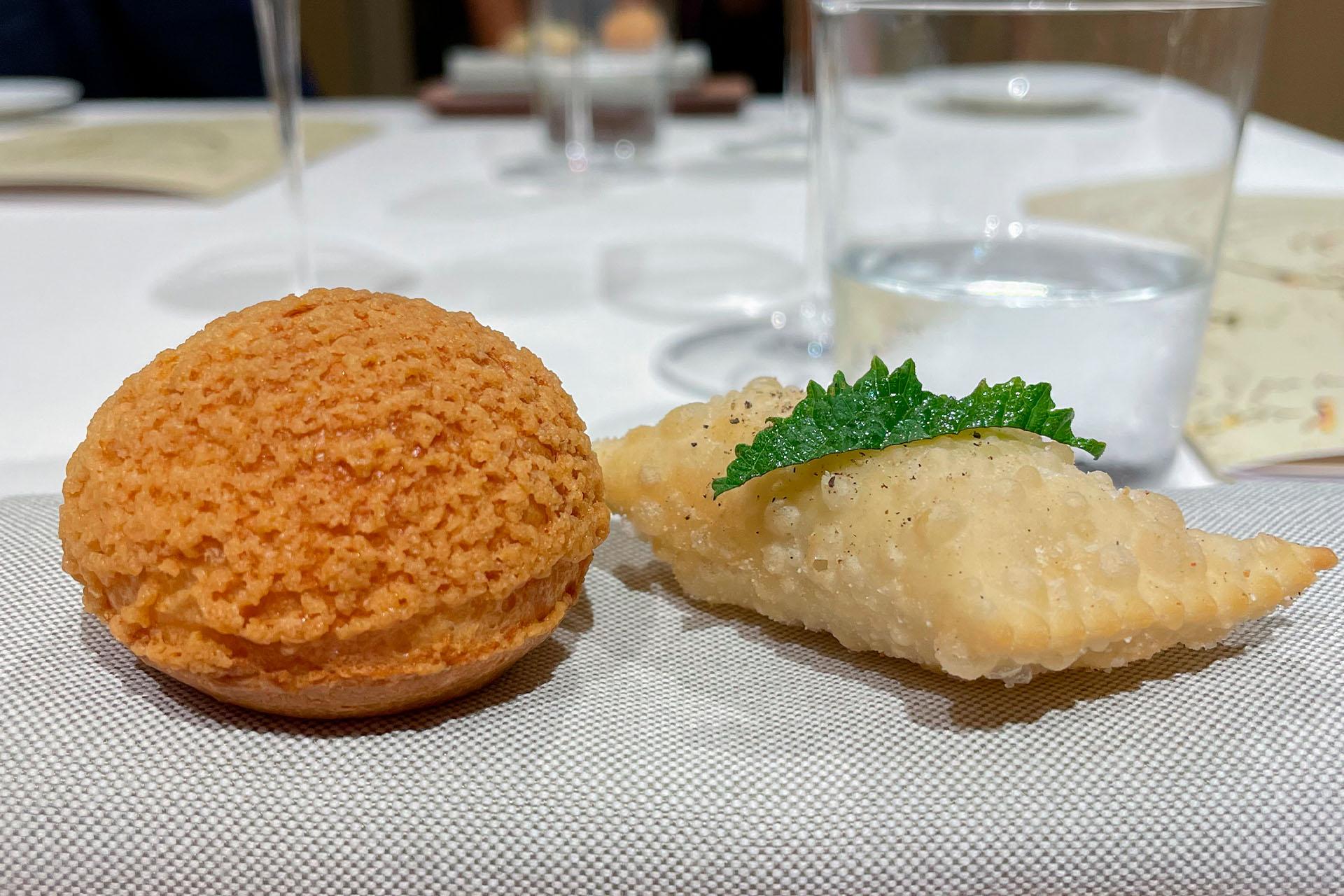 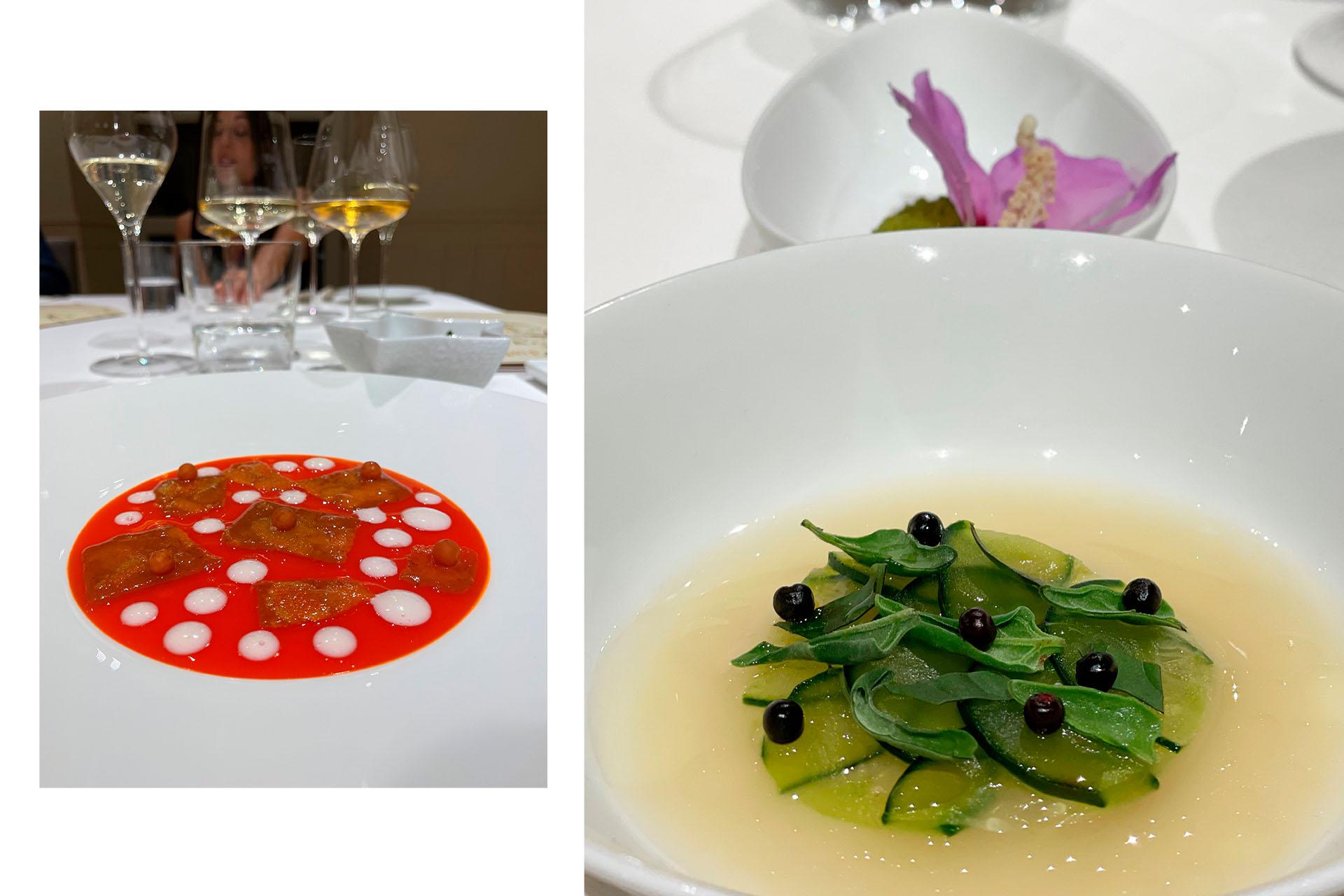 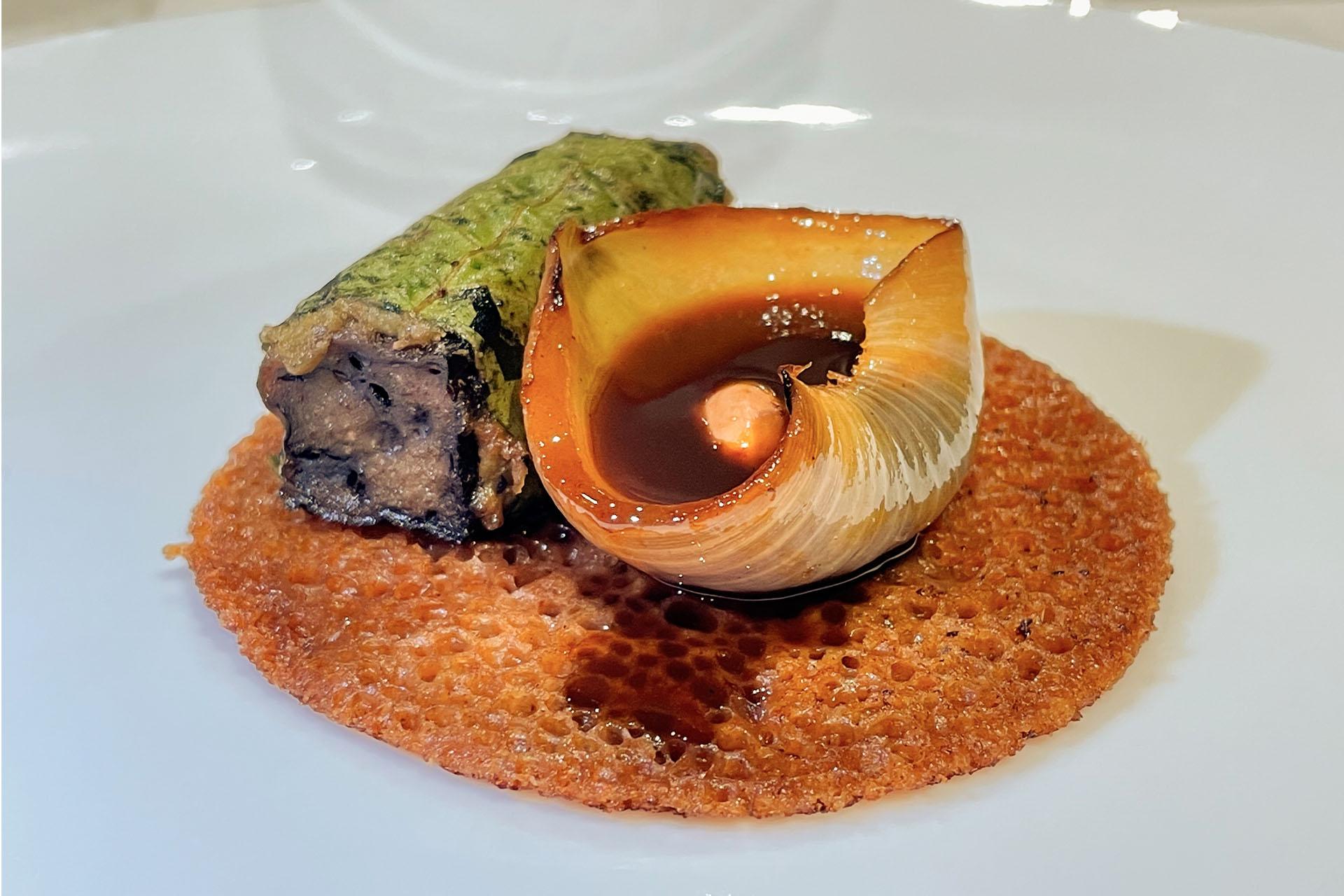 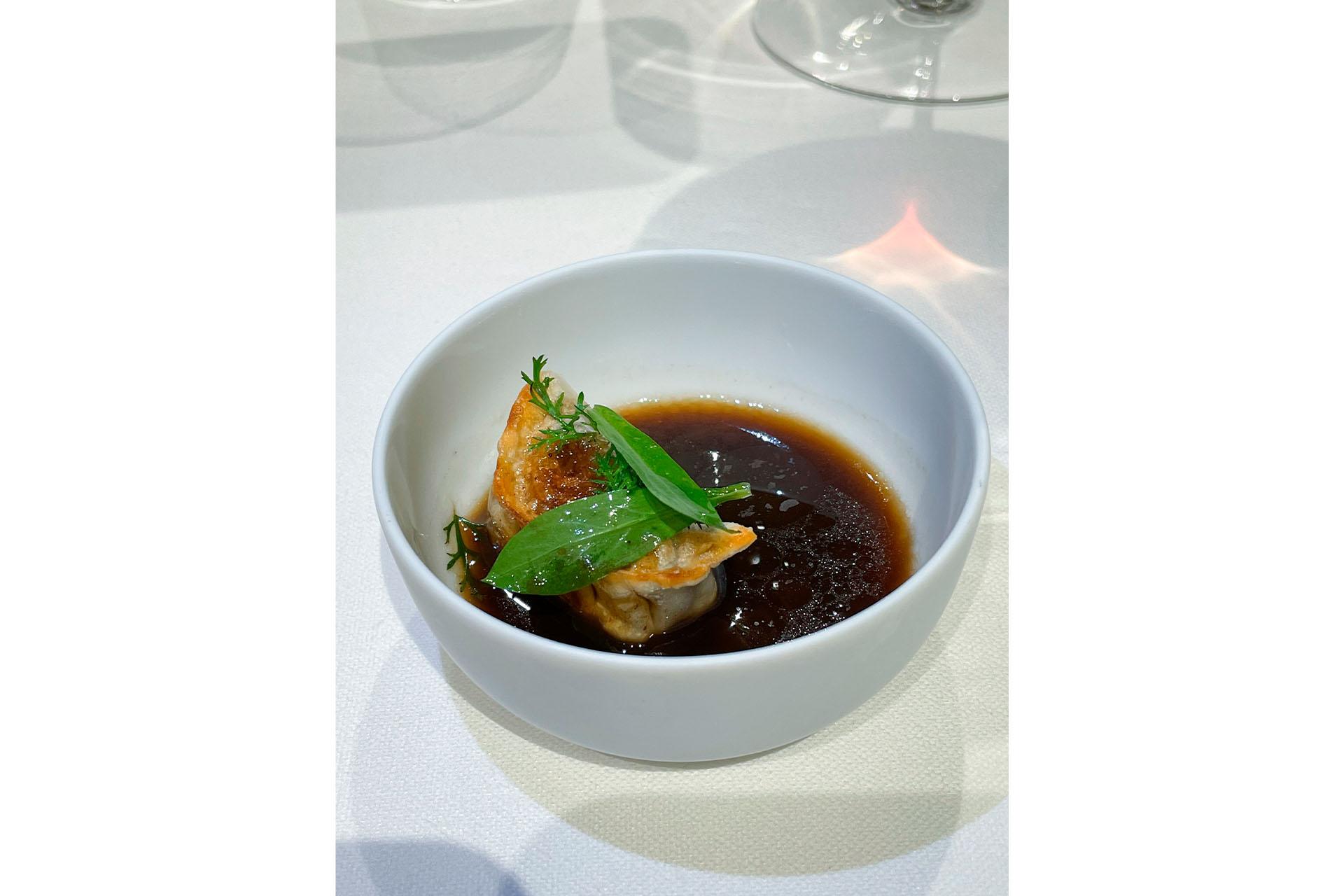 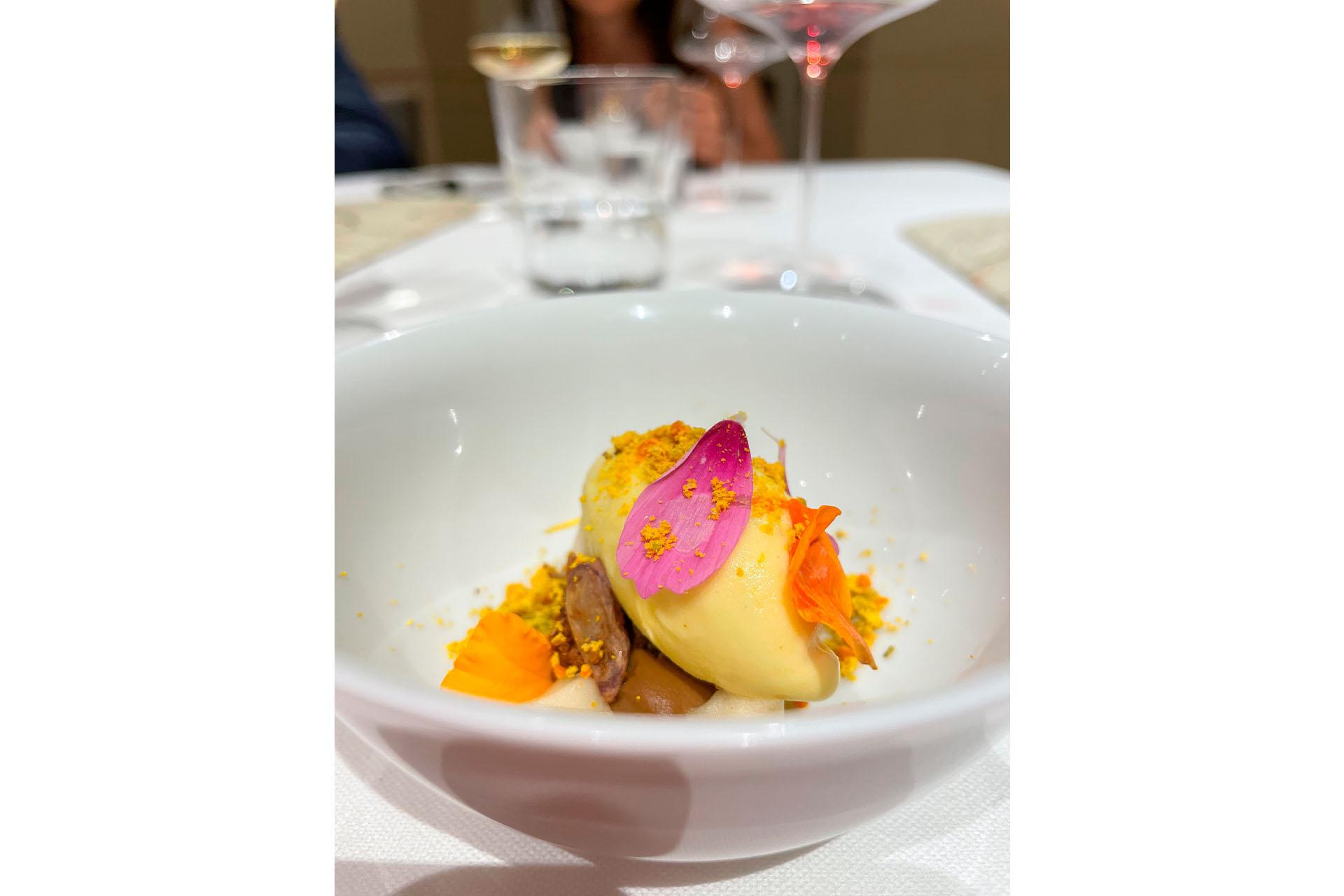 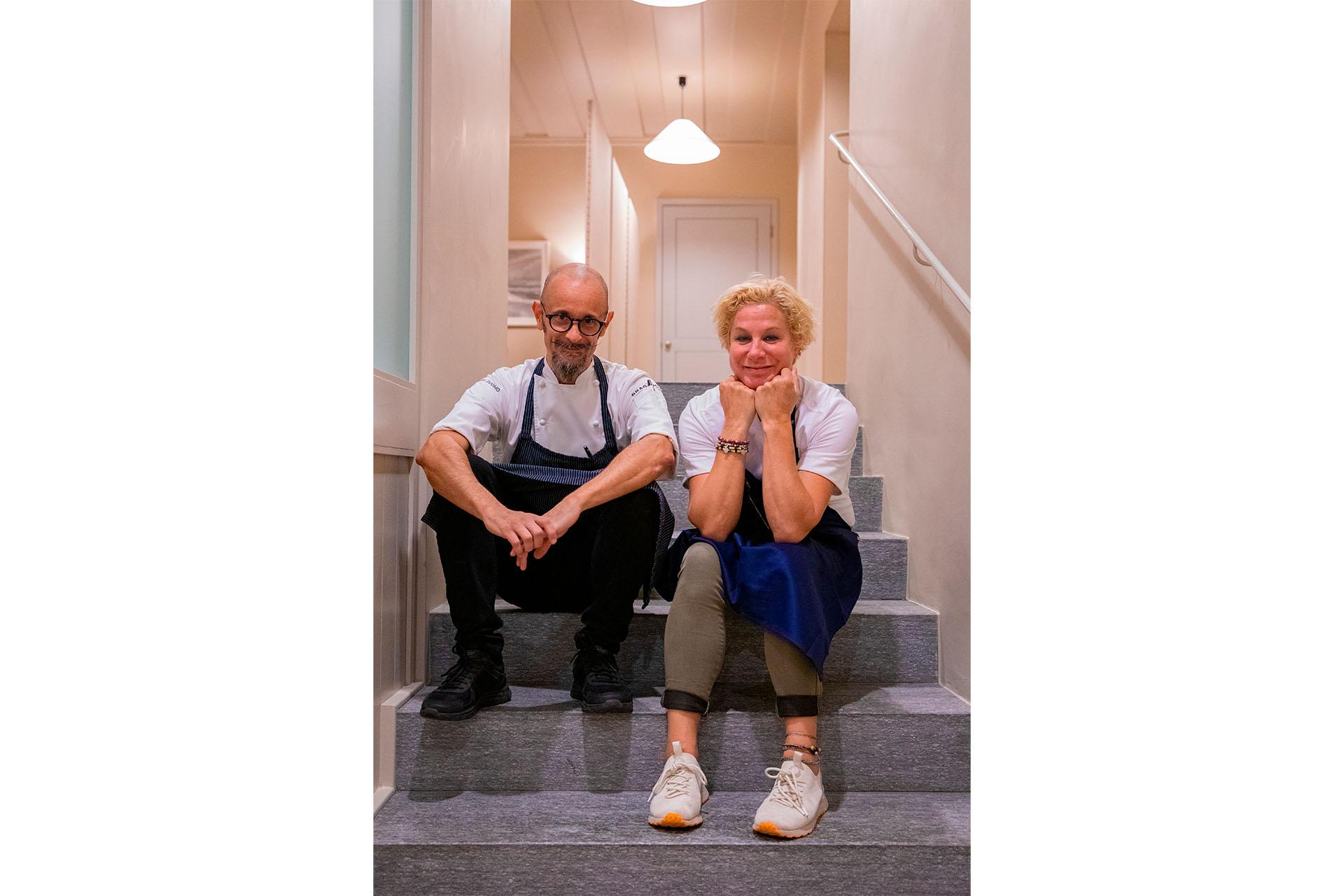 An extraordinary four-handed menu - interpreted by the Italian chef Enrico Crippa of three-Michelin-starred Piazza Duomo restaurant in Alba, and the Slovenian chef Ana Roš of two-Michelin-starred Hiša Franko - drew proceedings to a close at La Via Selvatica, a project curated by Matteo Caccia involving chefs, artists, musicians, writers, and tightrope walkers, in a series of events organised by the Ceretto family of winemakers from the Langhe.

The famous Piedmont hills, dedicated to viticulture and protected by Unesco, was the scene of meetings and performances born from the observation of nature, awakened and able to recover its spaces, in the months of lockdown: twelve dialogues about nature and the wild told from a personal perspective.

As La Via Selvatica drew to a close on 12 and 13 September 2021, Ana Roš and Enrico Crippa set out on a special gastronomic journey that explored the theme of 'wild'. It was a unique sensory experience, between intense and soothing forest flavours, but also between memories and travel. Take a look. Spain was the great protagonist of the sixteenth edition of S.Pellegrino Sapori Ticino 2022, with some of its most famous Michelin-starred chefs dis As Virgilio Martinez's Central restaurant in Lima, Per