Ingar Krauss is a German photographer who lives and works in Berlin and Zechin, a small village on the border with Poland. Since 2010 he has been working on a series of still lifes with the sort of care and attention normally reserved to artistic portraits.

In his photography, the light also plays an important role and contributes to rendering the material and physical nature of the objects being portrayed, as if they had a life of their own. Krauss is able to infuse beauty into an ordinary vegetable and give significance to something that normally never gets a second glance.

We met with him to talk about 39 Bilder, his latest photographic book edited by Suzy Shammah and published by Hartmann Books, featuring this unique series of still lifes. The book collects 39 photos of still lifes of vegetables, fruit, grain, flowers, and animals.

Could you explain your method of selection to us?
The book follows the cycle of the seasons in four chapters - winter, spring, summer, and fall, and according to this chronology, I selected the pictures of natural objects from my rural environment. 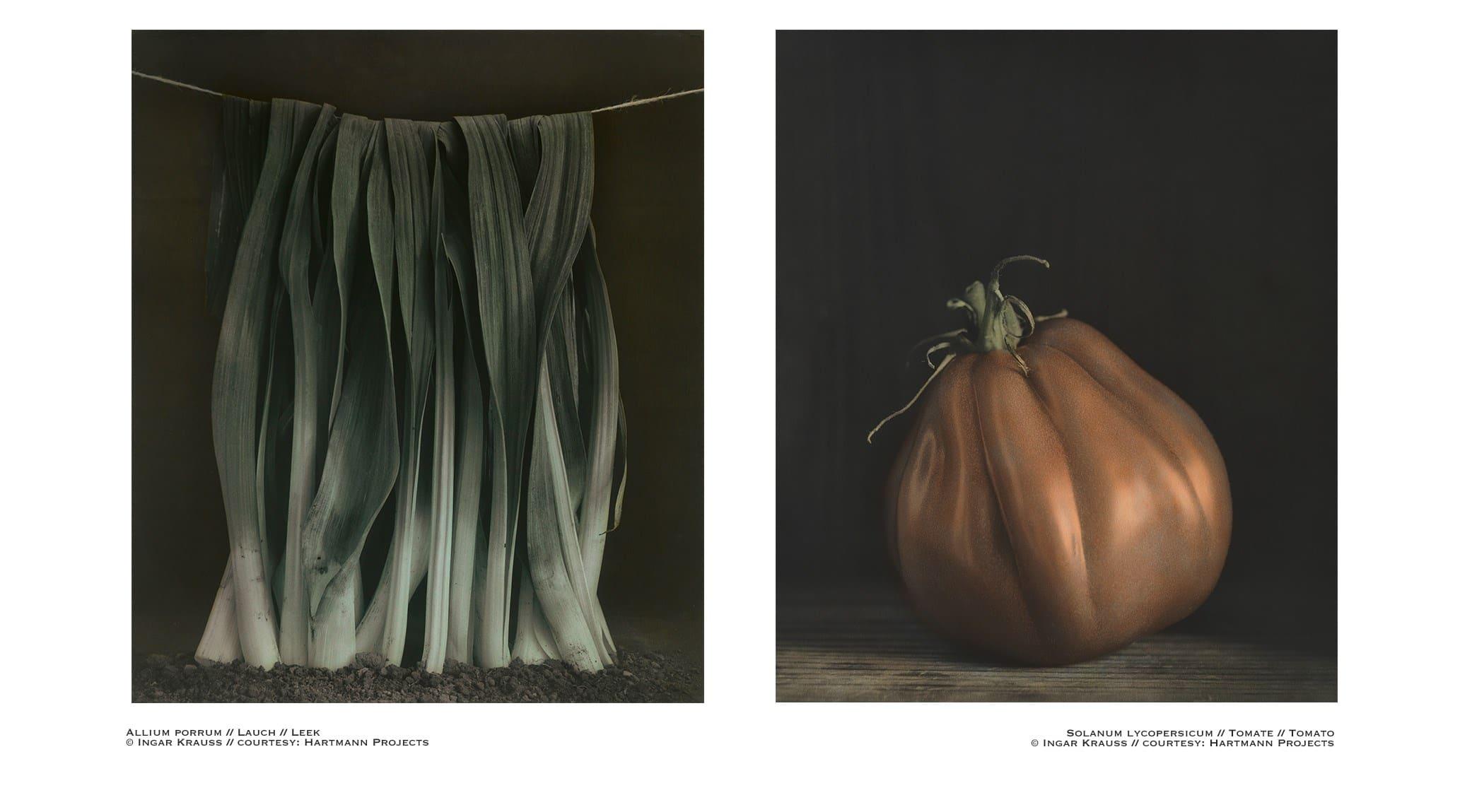 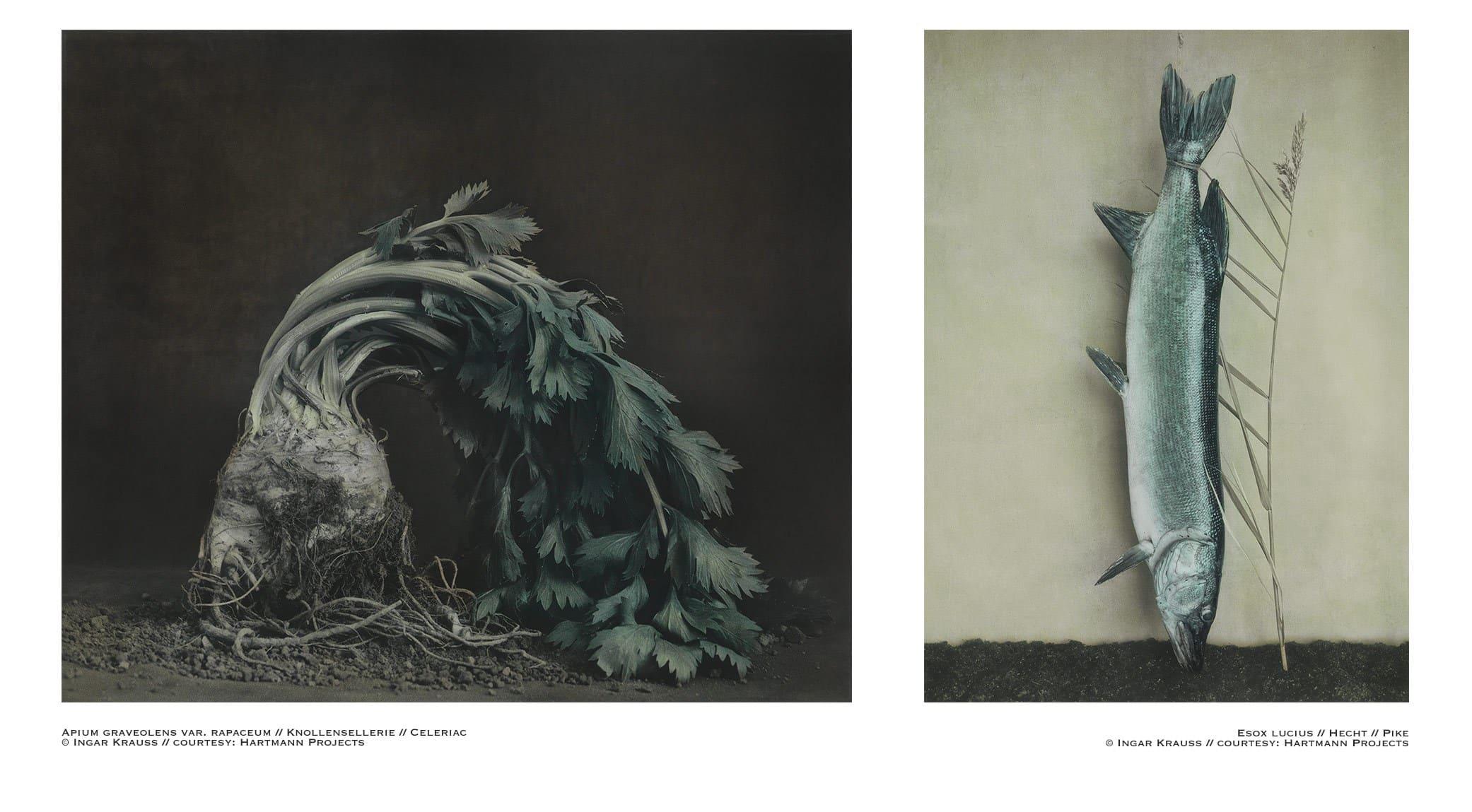 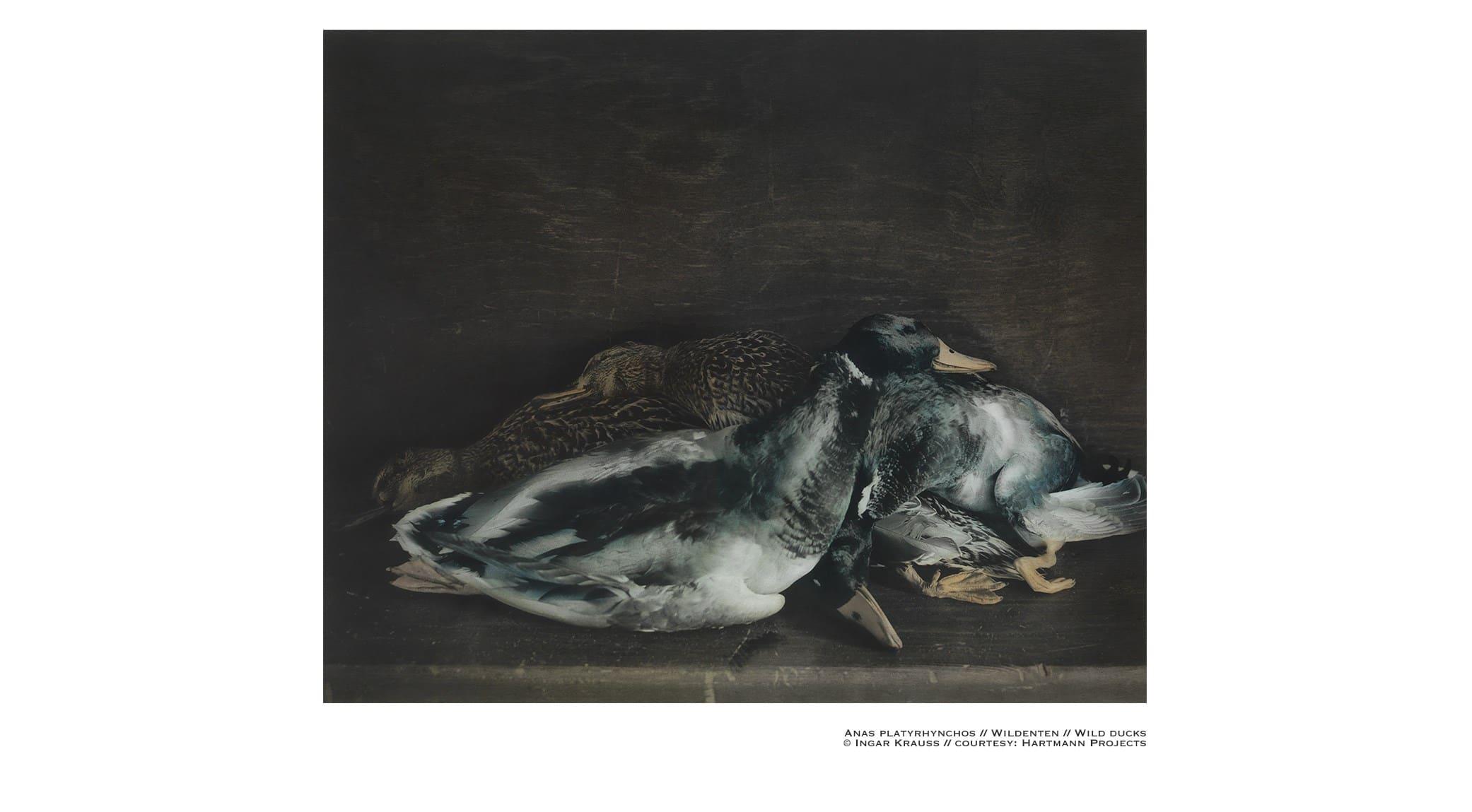 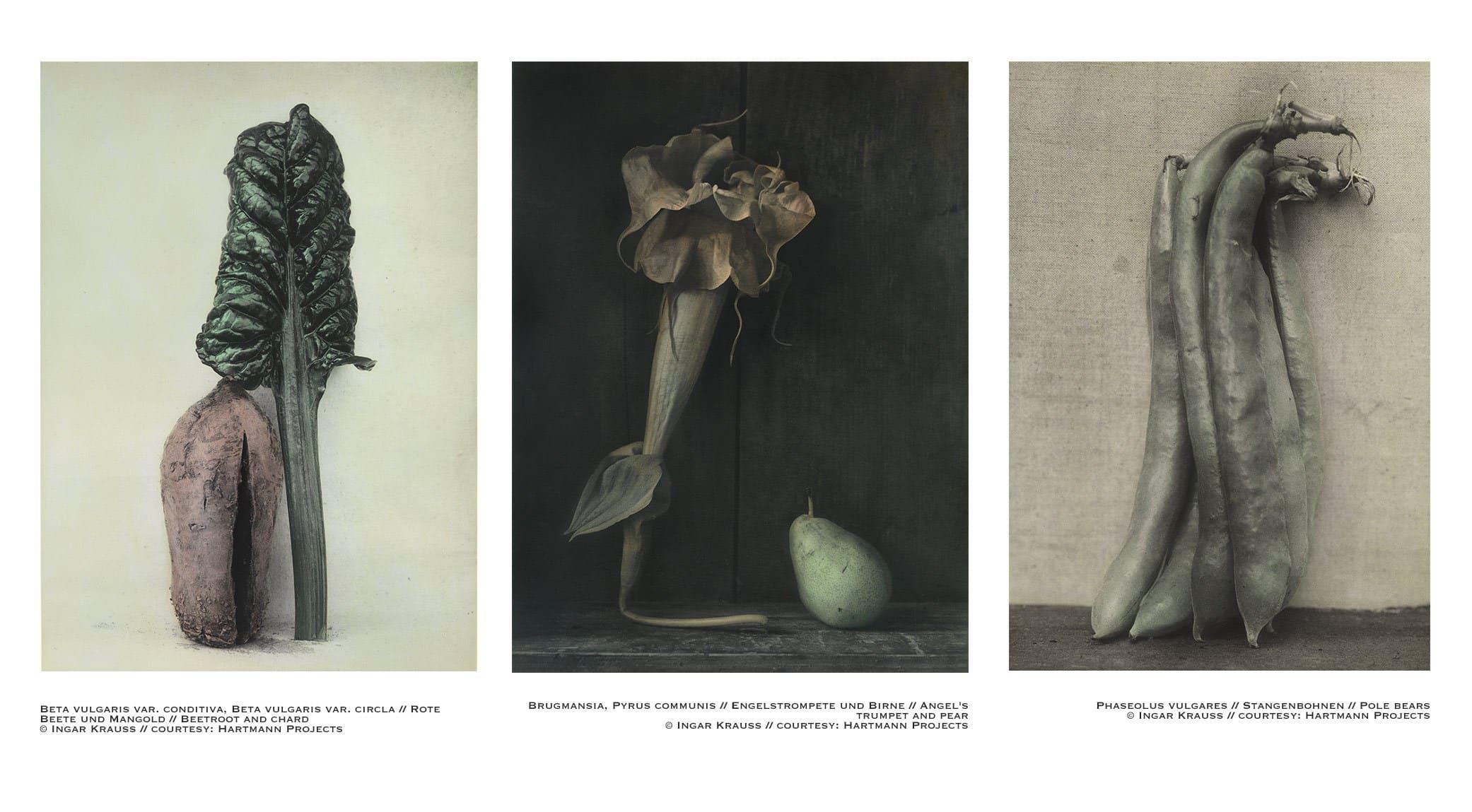 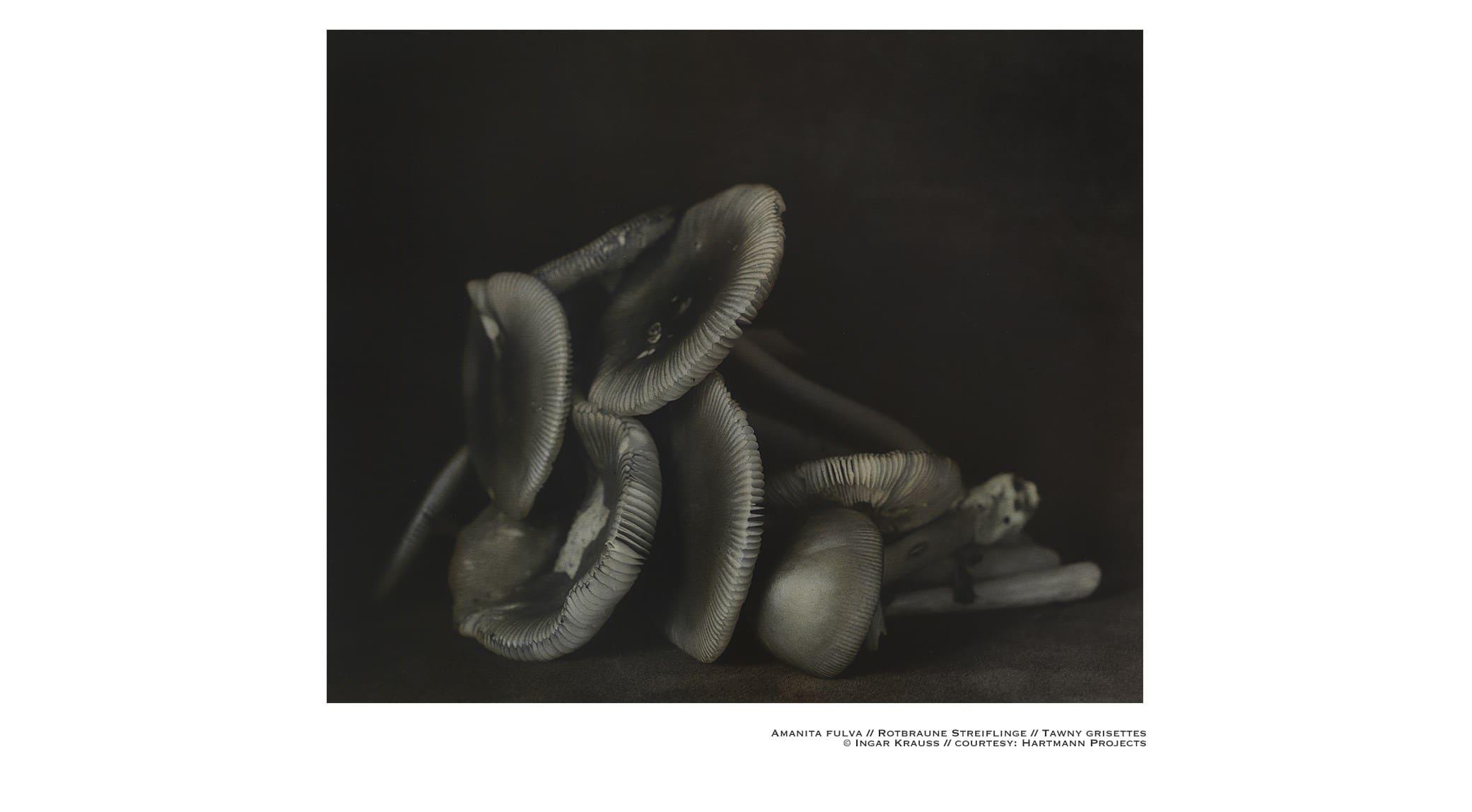 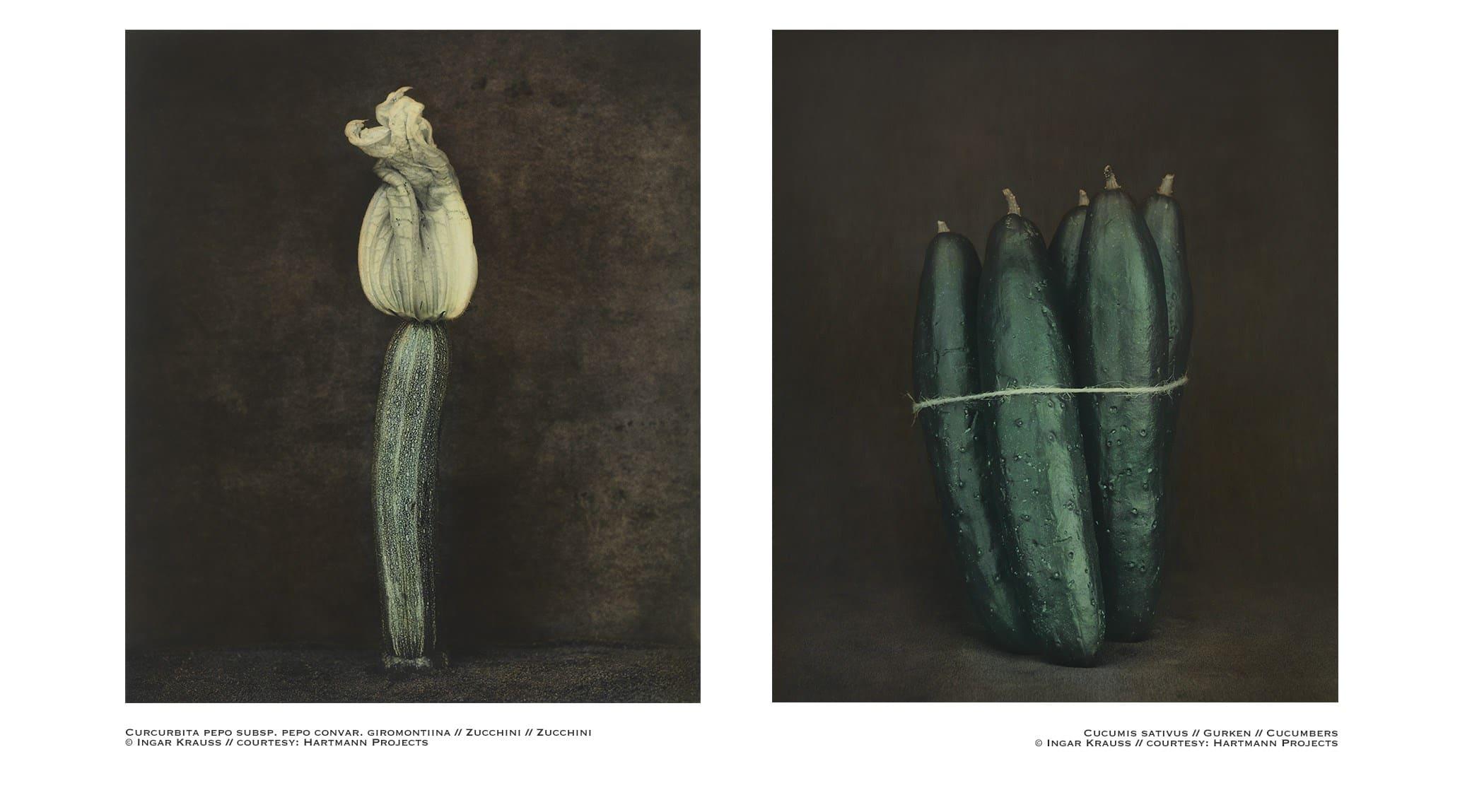 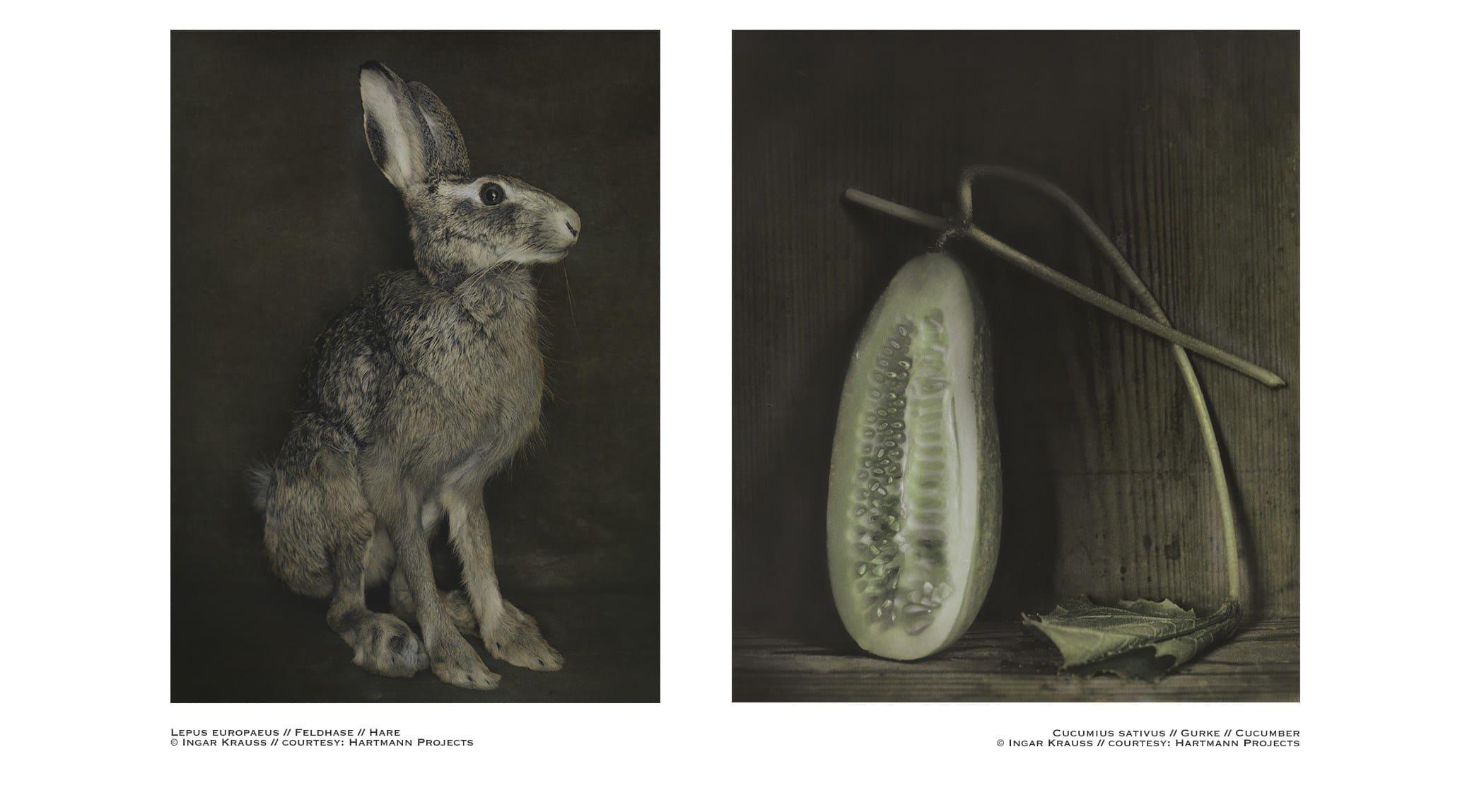 Talking about your creative inspiration, how does the place where you live influence your work?
Since I moved my studio from Berlin to the Brandenburg countryside, I became a gardener and dedicate a lot of time to plants and vegetables, and so they naturally became a privileged pictorial subject - in the tradition of German Romanticism and its longing for (self-)knowledge in nature. I am photographing the fruits and vegetables by arranging them in simple still lifes, using sometimes also dead birds or other animals which I found around my garden or which I got from old men in the neighborhood who are hunting and fishing. I am interested in the hidden relationship between the inner life of human beings and the world of plants and animals and I want to transmute those commonplace subjects by a process of replacing inattention with contemplation.

Thinking about the images, how do you realize them and how important are color and composition in your photos?
To arrange my still lifes, I construct stage-like wooden boxes in various sizes in which I capture natural light in such a way that it becomes a subtle actor in the silent drama. As every gardener wants to put nature in his special order I also try to compose plants and animals in the pictures, transforming their potential and idiosyncrasies in such a way that they seem new and strange and also, as for the first time, completely themselves. Thus every still-life becomes a poetic test field. To give the images a transcendent dimension in the tradition of the vanitas I rework each handmade black and white print with a glaze of oil paint, thus enhancing the shine and depth of the objects.

For how long have you worked on this project and which was the most challenging aspect?
This is an ongoing project, which started in 2010. As I see my still lifes as portraits of the chosen objects it is challenging every time to understand their character and materiality. Like the “poet of things” Francis Ponge said, all objects “yearn to express themselves, so that they may reveal the hidden depths of their being.”

Currently a show of a selection of Ingar Krauss still lives can be seen in Stuttgart at the gallery of Ute Noll (UNO Art SPACE) until June 17th, 2017.