The mattanza is a very old Italian method of catching tuna that follows a fascinating ceremony in which the relationship between humans and sea is center stage. Sale Sudore Sangue (Salt, Sweat, Blood) is an exhibition by Italian photographer Francesco Zizola that documents the ancient fishing method used to catch red tuna between Portoscuso and Porto Paglia in Sardinia. The pictures, on display until 17 September at the Sala delle Volte of EXMA in Cagliari, Italy, are part of a wider project entitled Hybris, in which Zizola puts the spotlight on the relationship between man and nature.

The ancient and traditional local customs of tuna fishing take place within a limited time frame, respecting the natural rhythm of sea life. “Every year in late spring, some enormous tuna fish migrate from the Atlantic Ocean towards the warmer Mediterranean seas,” explains the photographer. ”These fish can even weigh over 400kg and are caught and loaded onto boats, by the sheer sweat of the brow of these tuna fishermen, the last testimonials of sustainable fishing, which respects the lifecycle of marine life”. 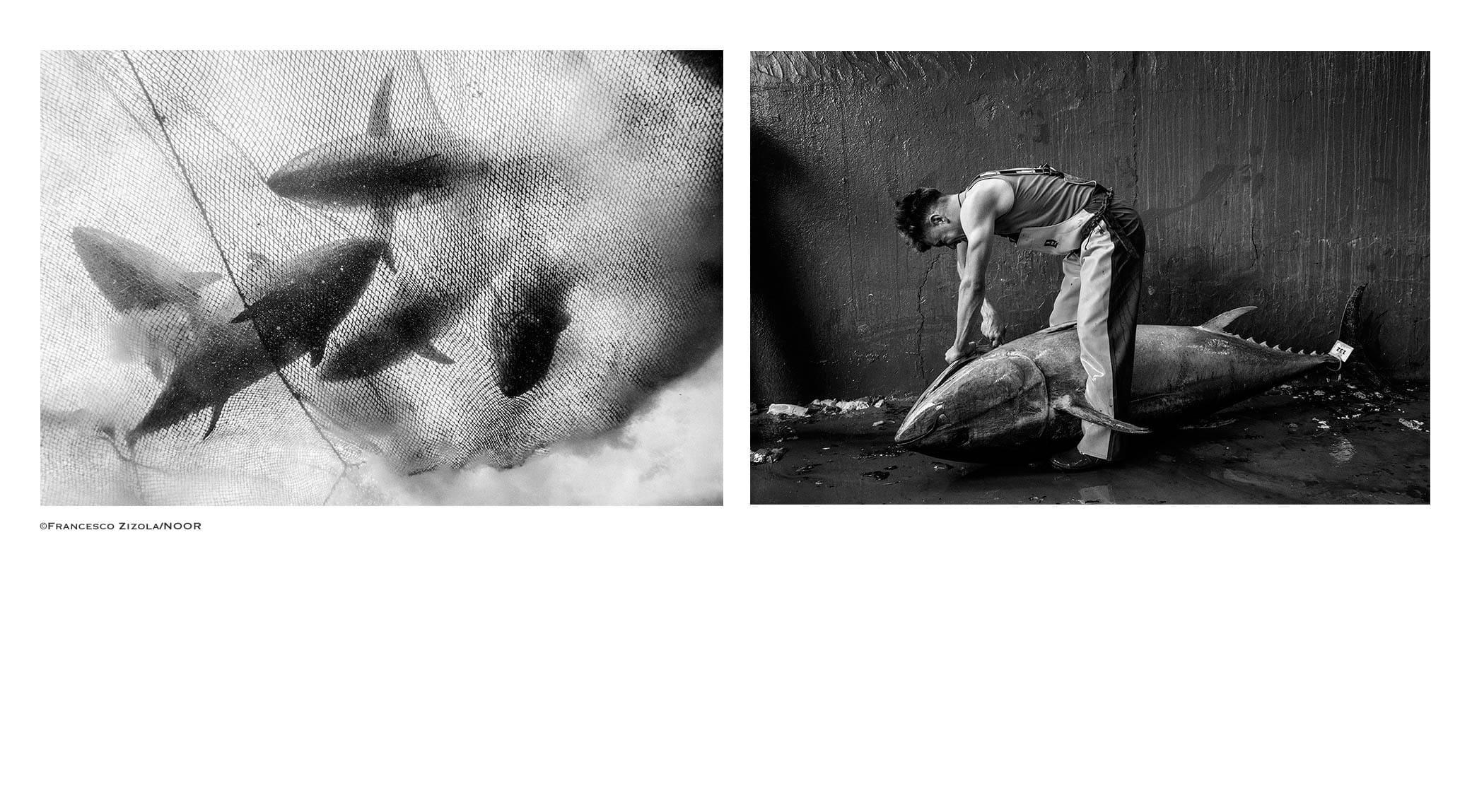 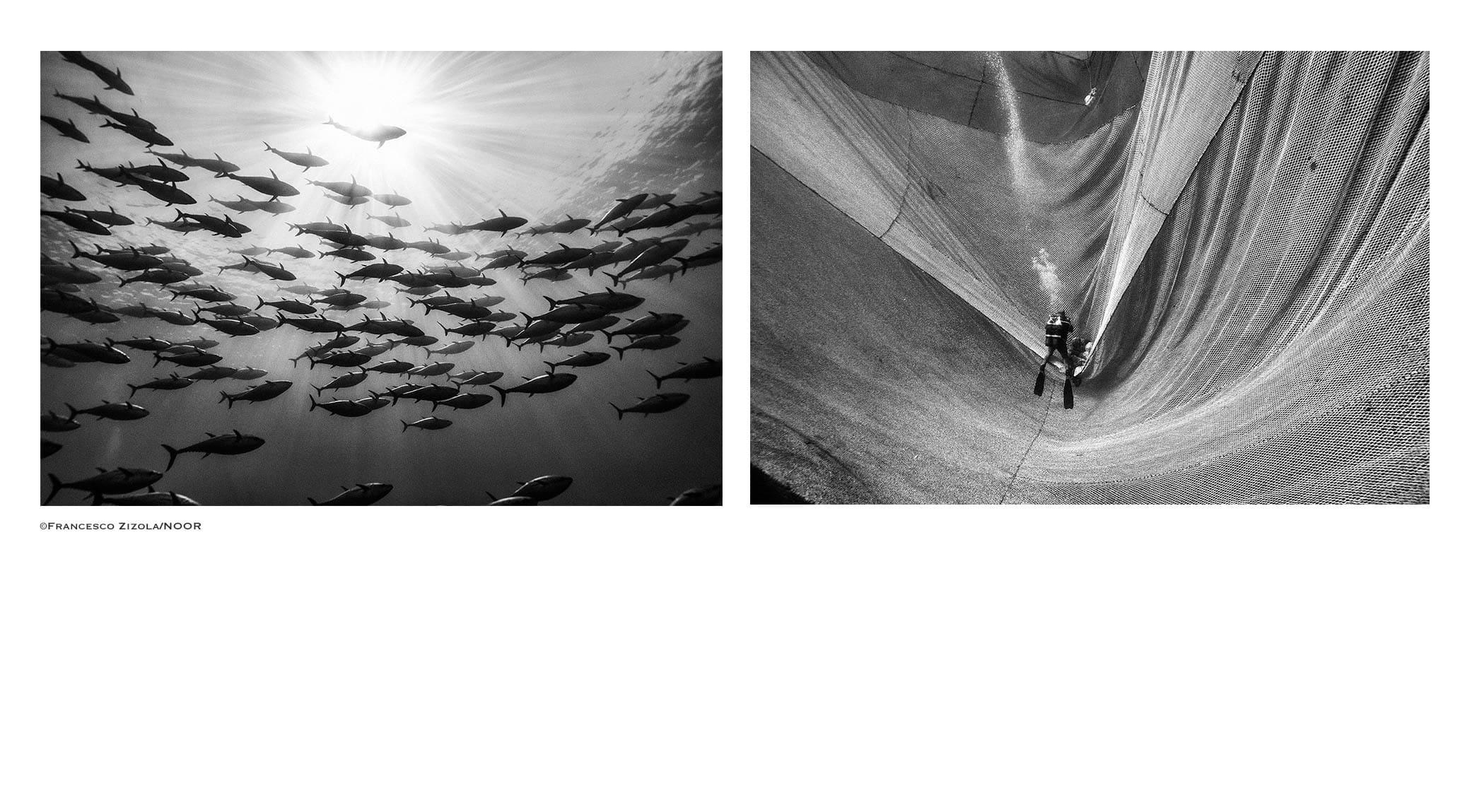 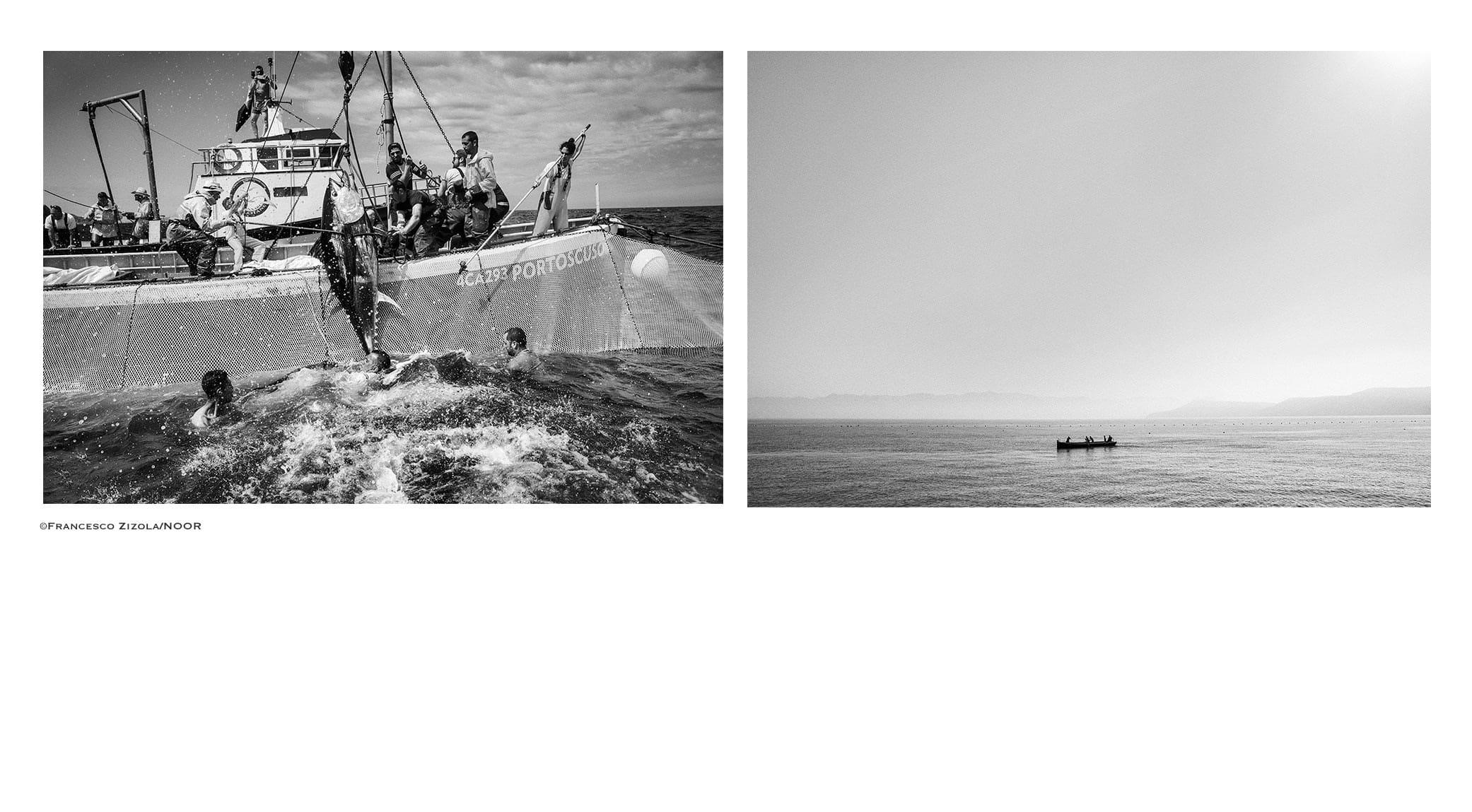 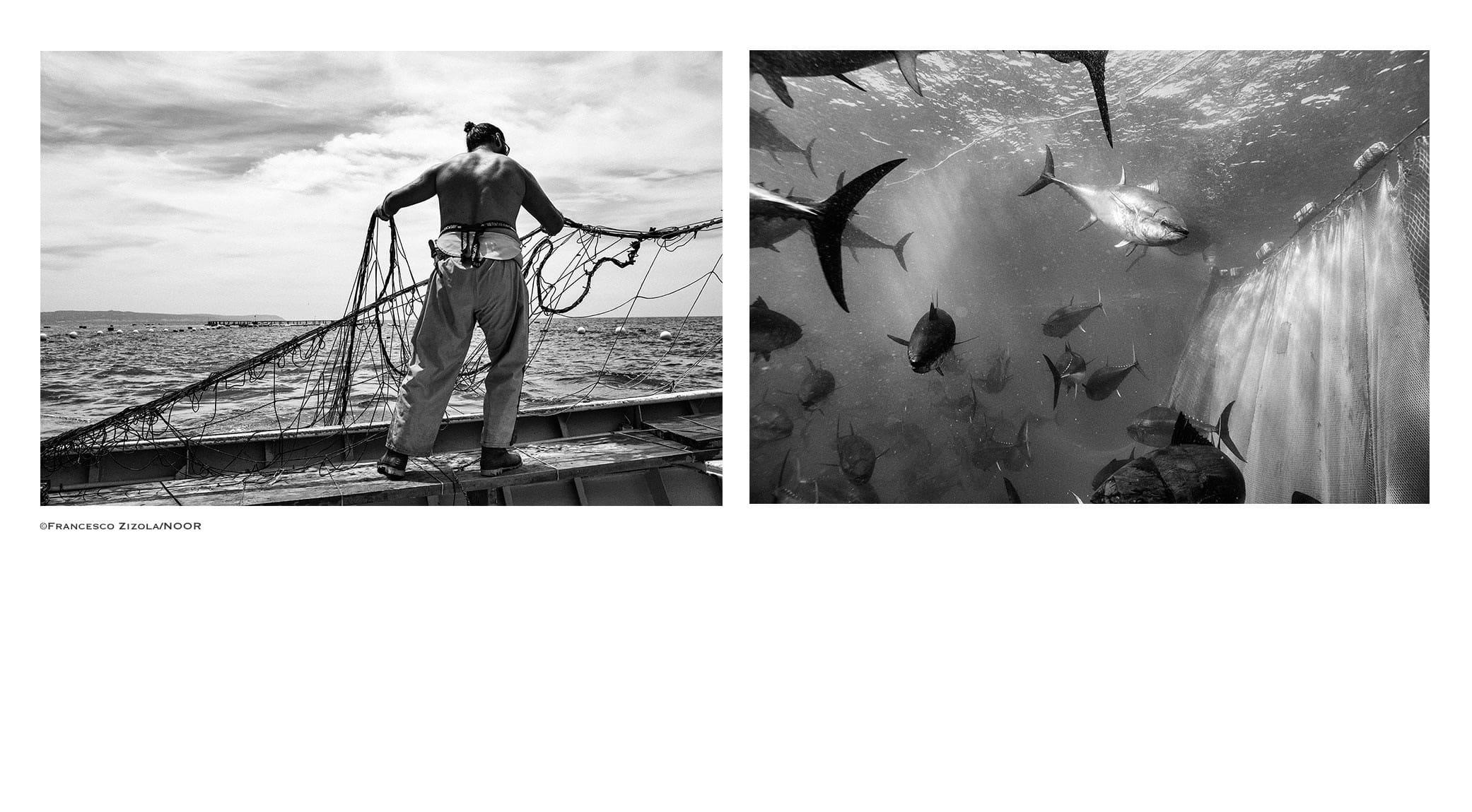 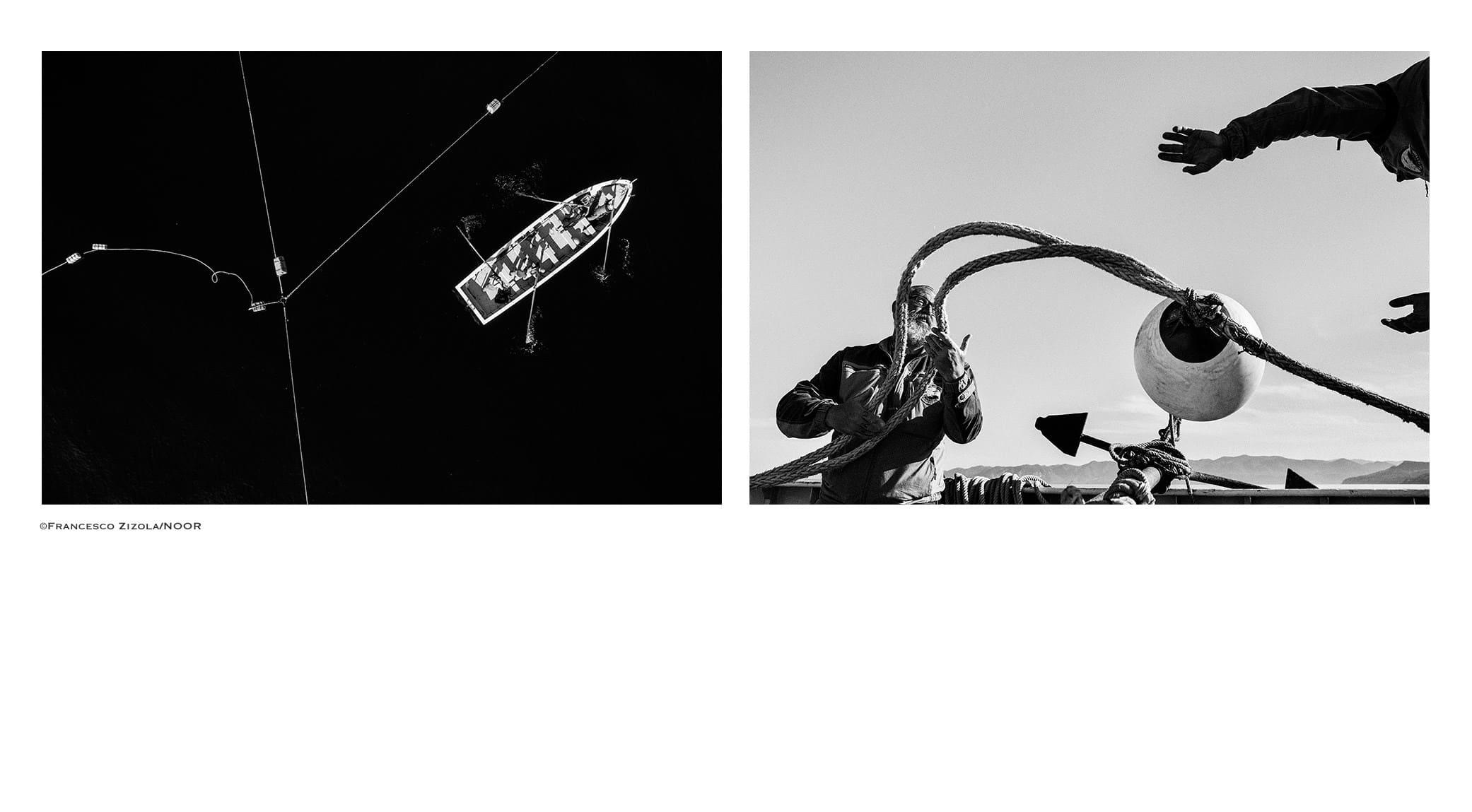 In this photographic work, Zizola catches some vivid images of the tonnara (the traditional Mediterranean tuna fishery) and the mattanza (the traditional way of fishing). “The huge nets are raised by the men under the supervision of the so-called Rais, the number one commander of the tonnara fishing net and the only custodian of the ancient art of the mattanza during which, the sea is tinged red with the blood of the slaughtered tunas."

Zizola is an internationally acclaimed photographer and photo reporter represented by the Dutch agency Noor. Distinguished by a pronounced stylistic trait and ethical commitment, his projects have received several accolades, comprising 10 World Press Photo awards, the most important international photography prize, and six Picture of the Year International awards.

We have selected some amazing pictures on display at the exhibition, enjoy the gallery!

Like a Painting: Food Still Life by Simona Rizzo